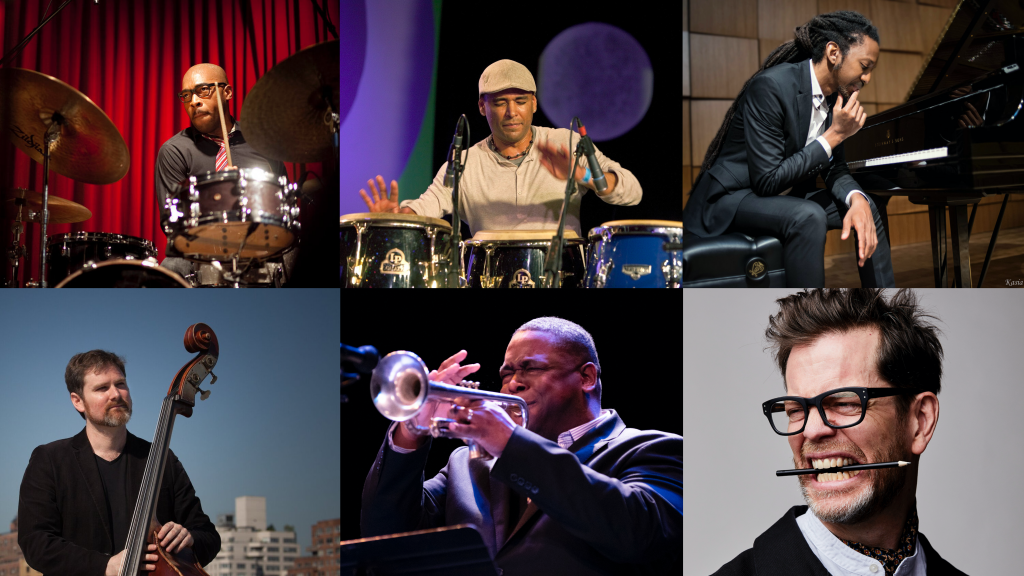 In 2013, the Jazz at the Lincoln Center held what was named the Chick Corea Jazz Festival. Whereby they gave Chick Corea the latitude to choose the performers he wanted to see and hear during the week-long festival. One of the musicians picked was Elio Villafranca. This began a friendship and collaboration between the two until Chick Corea’s untimely death on February 9, 2021

The Elio Villafranca and The Chick Corea Afro-Caribbean Experience’s much-anticipated appearance at the Art of Jazz Series taking place on Sunday, February 5 at 3 pm at Kleinhans Music Hall, will feature an all-star ensemble of jazz artists. Each individual band member is an award-winning composer and band leader. With consistent presence among being named Grammy® winners and nominees.

The all-star ensemble will include:

Elio Villafranca is a Cuban jazz pianist and composer as well as a two-time Grammy-nominated artist. He was born in the Cuban province of Pinar del Río and studied in the faculty of music of the Instituto Superior de Arte in Havana. He worked on Things I Wanted to do by Chembo Corniel, which was nominated for Best Latin Jazz Album at the 2010 Grammy Awards; his album Cinque was nominated in 2020.  In 2014 he received the first JALC Millennium Swing Award. He teaches at the Manhattan School of Music, at Temple University, and at the Juilliard School of Music, where he specializes in jazz ensemble.

Donny McCaslin ’88 is perhaps best known as the saxophonist on David Bowie’s last album, Blackstar, released days before the singer’s death in early 2016. But McCaslin’s life as a musician stretches back to playing with his father’s band at age 12 in California as well as to years in the New York jazz world.

Donald Paul McCaslin was born in 1966 in Santa Clara, California. In high school, he was already a seasoned musician, leading his band three times at the Monterey Jazz Festival. In 1984, he entered Berklee College of Music on a full scholarship. While there, he was influenced by Gary Burton, Herb Pomeroy, and others, and played regularly in Boston and Cambridge, Massachusetts.

After Berklee, McCaslin toured the world for four years with Burton’s band before moving to New York City. He has played with the Gil Evans Orchestra, Danilo Pérez, Maria Schneider, the Dave Douglas Quintet, and many more. A three-time Grammy® winner, he has produced a dozen albums since his first, Exile and Discovery, in 1998. His albums Fast Future (2015), Casting for Gravity (2012), and Perpetual Motion (2010) all featured elements of jazz and electronic music.

In 2014, McCaslin played tenor and soprano saxophone on Bowie’s single “Sue (or in a Season of Crime).” McCaslin says that during work on Bowie’s last album, the singer told him and his bandmates to “just have fun.” The experience was so indelible that McCaslin recently recorded an album about it, Beyond Now.

Perez began his career as a jazz bassist but quickly branched out to Latin-Jazz and traditional styles from Peru, Colombia, Brazil, and other parts of South America. He performed with the foremost Afro-Pervuian musicians including Grammy winners Eva Ayllón and Juan Medrano Cotito as well as venerated greats of the older generation such as Oscar Avilés and Julio “Chocolate” Algendones.

Currently, Perez co-leads the Terraza Big Band, an 18-piece jazz group in which some of the strongest up-and-coming players on the New York scene gather together to play original works by co-leaders Edward Perez and Michael Thomas, which run the gamut from modern jazz to styles from Latin America.

Trumpeter, composer, and arranger Freddie Hendrix, originally from Teaneck, New Jersey, has worked his way steadily during the last couple of decades to achieve his current position within the top echelon of first-call musicians whether it be as a jazz soloist, lead trumpeter or section player within a big band. His latter skill is borne out by his repeat employment with the archetypal ‘swing machine’, the Count Basie Orchestra which he re-joined in 2010 having left at the end of 2007 to work with pop star and actress Alicia Keys for her 2008 ‘As I Am’ world tour, performing 105 shows in over 30 countries.

Multi-Grammy nominated drummer, Eric Harland is the most “in-demand drummer” of his generation. He has already been on close to 400 recordings and multiple film scores at the age of 42. Eric has been recognized in the Boston Globe, New York Times, JazzTimes, Modern Drummer, All About Jazz, The New Yorker, DownBeat, L’uomo Vogue, and other prominent publications.

It has been his privilege to share the stage with masters such as Betty Carter, Joe Henderson, McCoy Tyner, Michael Brecker, Terence Blanchard, Branford, Wynton Marsalis, Wayne Shorter, Savion Glover, SFJAZZ Collective, and many others, as well as today’s up and coming artist like Esperanza Spalding, Jane Monheit, Taylor Eigsti, Julian Lage, Stacie Orrico, Robert Glasper and so on.

Eric Harland was the Resident Artistic Director at the SFJAZZ Center for the 2014-2016 Season. Also was Artist in Resident at the Monterey Jazz Festival 2014 Season. Harland also had the supreme privilege of being invited and attending President Barack Obama’s 2016 White House State Dinner in honor of Canadian Prime Minister Justin Trudeau.

Born in Holguin, Cuba, Mauricio Herrera Tamayo is a Grammy Nominee Drummer, Percussionist, Vocalist, and Educator with over 25 years of professional experience.

Information on how to purchase individual tickets can be found at this link: Art of Jazz – Elio Villafranca