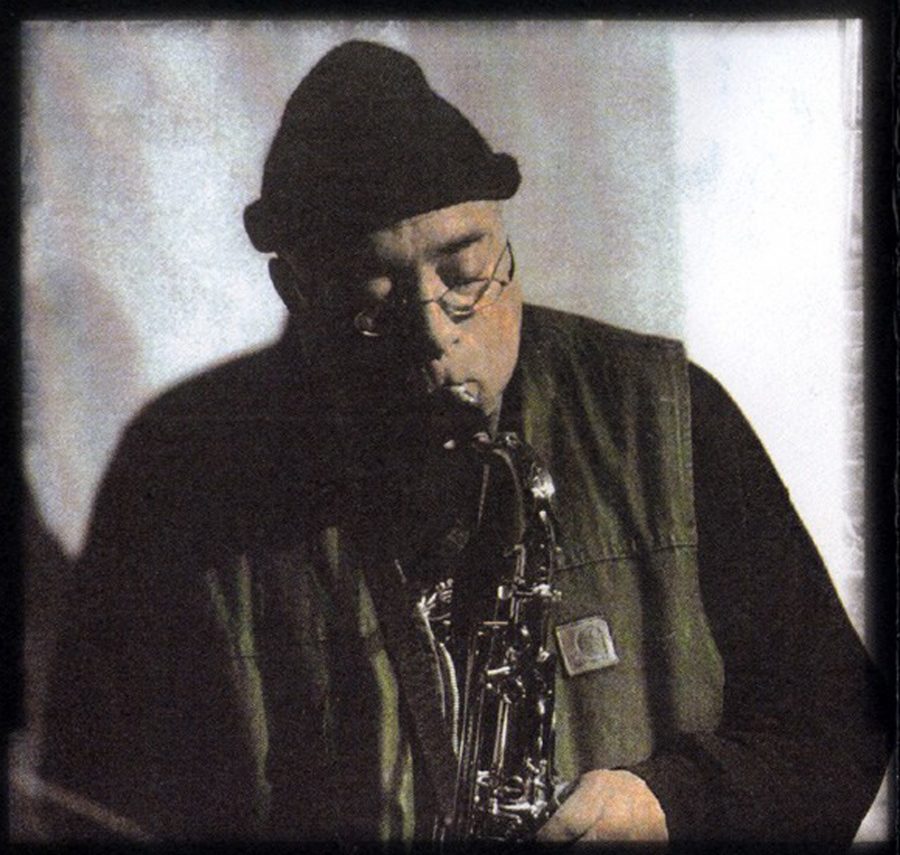 Spectrum 3 is a fiery jazz and improvised music trio that combines “the cry” of jazz with various other idioms, including the raw-soul aesthetic of their Detroit home and the extended technique explorations of the avant-garde. Drawing on a large body of composed material, the group varies every show between pure improvisation and playing the off the themes of bandleader Skeeter Shelton. Spectrum 3 is a multi-generational group, rounded-out by Joel Peterson on doublebass (Faruq Z. Bey Quartet, Viands, Chatoyant, Scavenger Quartet, Immigrant Suns)) and James Baljo on percussion (CJS, 696 Blues Band, Chatoyant, Wolf Eyes).

Now in his mid-60s, saxophonist and multi-instrumentalist Skeeter Shelton is finally getting the notoriety he has long deserved. As the son of drummer and Association for the Advancement of Creative Music (AACM) charter member, Ajaramu Shelton, Skeeter grew up around many of his father’s collaborators and employers, including Sonny Stitt, Gene Ammons, Roscoe Mitchell, Joseph Jarman and Fred Anderson. Largely raised by AACM organist Amina Claudine Meyers, he went on to study with jazz harpist Dorothy Ashby and organist Lyman Woodard. Shelton has been a member of Hakim Jami’s Street Band, The Vizitors, The Northwoods Improvisers, Kindred, The Faruq Z. Bey Quartet, the United States Army Band and Joe Tex’s group. He has performed and/or recorded with Fred Anderson, James Blood Ulmer, Han Bennink, Dennis Gonzales James Carter and Dushun Mosley.

“Why the f@*! don’t I already know who this guys is?”- Han Bennink, after Skeeter sat in with him.

James Baljo is best-known as the former guitarist of noise darlings Wolf Eyes, but he also performs solo guitar and tape machine sets as 696 Blues Band, plays drums and percussion in improvising hybrid band Chatoyant and various electronics in his latest project CJS. His extensive touring has crossed the US, Europe and parts of the Middle East.