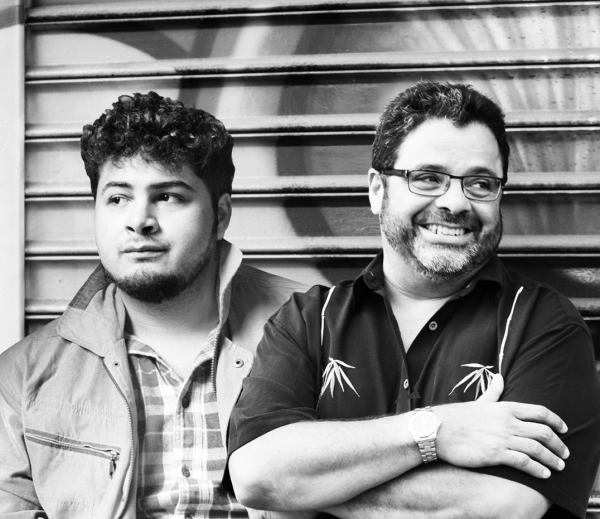 In 2007, he founded the Afro Latin Jazz Alliance as a not-for-profit organization dedicated to the performance, education, and preservation of Afro Latin music. Learn more about ALJA here: https://www.afrolatinjazz.org.

In December 2010 Arturo traveled with the original Chico O’Farrill Afro Cuban Jazz Orchestra to Cuba, returning his father’s musicians to his homeland.  He continues to travel to Cuba regularly as an informal Cultural Ambassador, working with Cuban musicians, dancers, and students, bringing local musicians from Cuba to the US and American musicians to Cuba.

During 2016-2018, Arturo has performed with orchestras and bands including his own Afro Latin Jazz Orchestra and Boss Level Sextet, as well as other Orchestras and smaller ensembles in the US, Europe, Russia, Australia, and South America.

An avid supporter of all the Arts, Arturo has performed with Ballet Hispanico and the Malpaso Dance Company, for whom he has written three ballets. In addition, the Alvin Ailey Dance Company is touring a ballet entitled “Open Door,” choreographed by Ron Brown to several of Arturo’s compositions and recordings. Ron Brown’s own Evidence Dance Company has commissioned Arturo to compose New Conversations, which premieres Summer of 2018 at Jacob’s Pillow in Becket, MA.

Arturo has received commissions from Meet the Composer, Jazz at Lincoln Center, The Philadelphia Music Project, The Apollo Theater, Symphony Space, the Bronx Museum of the Arts, the Young Peoples Chorus of New York, and the New York State Council on the Arts.

Adam O’Farrill is a trumpet player and composer from Brooklyn, NY. As a trumpeter, he has performed and/or recorded with artists such as Rudresh Mahanthappa, Mary Halvorson, Arturo O’Farrill, Mulatu Astatke, Brasstracks, Stephan Crump, Onyx Collective, Anna Webber, and Samora Pinderhughes.

As a composer and bandleader, he has led the quartet, Stranger Days, comprised of Chad Lefkowitz-Brown, Walter Stinson, and Zack O’Farrill.