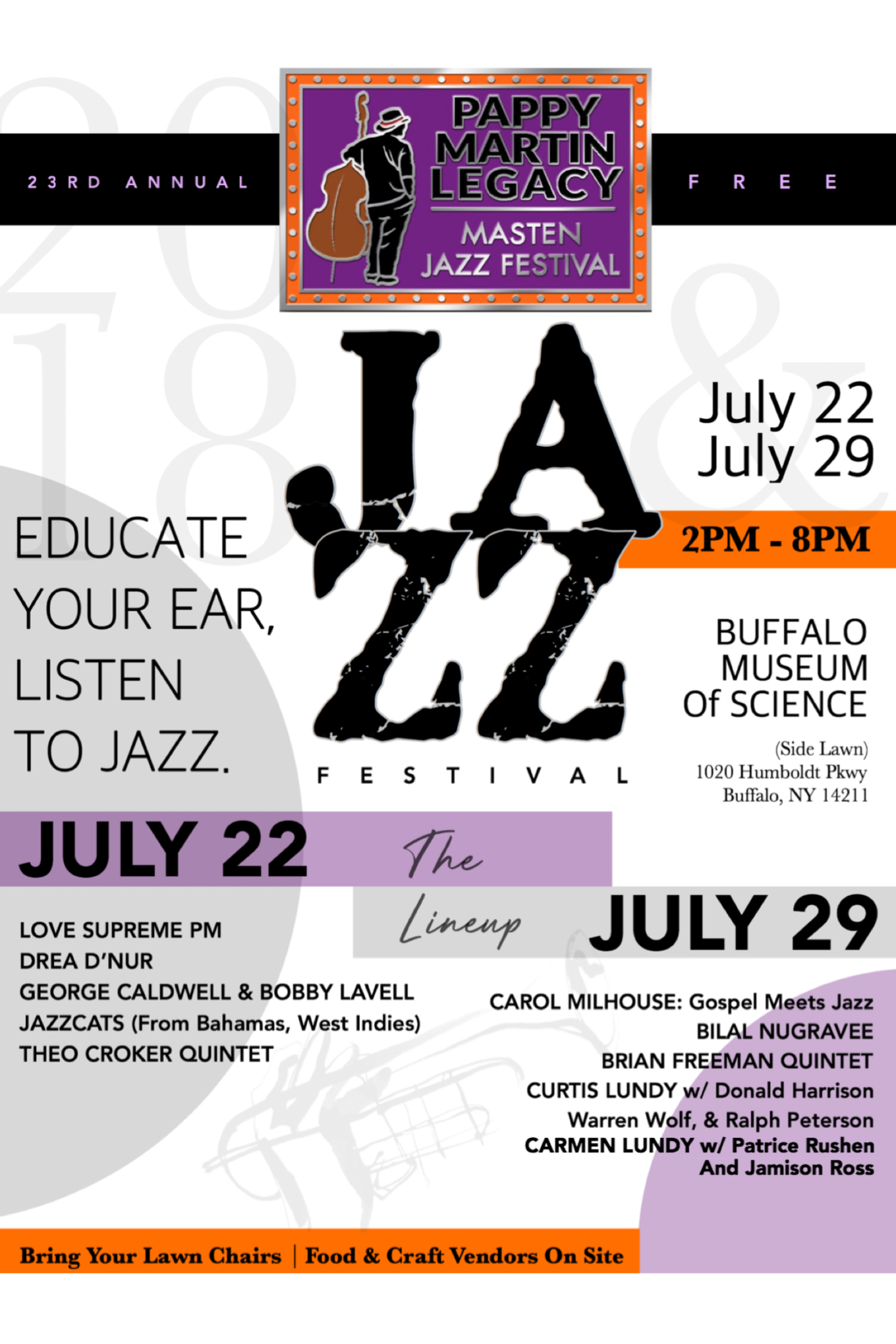 The second of two consecutive Sundays at the side lawn of the Buffalo Museum of Science kicks off at 2 pm and will feature: 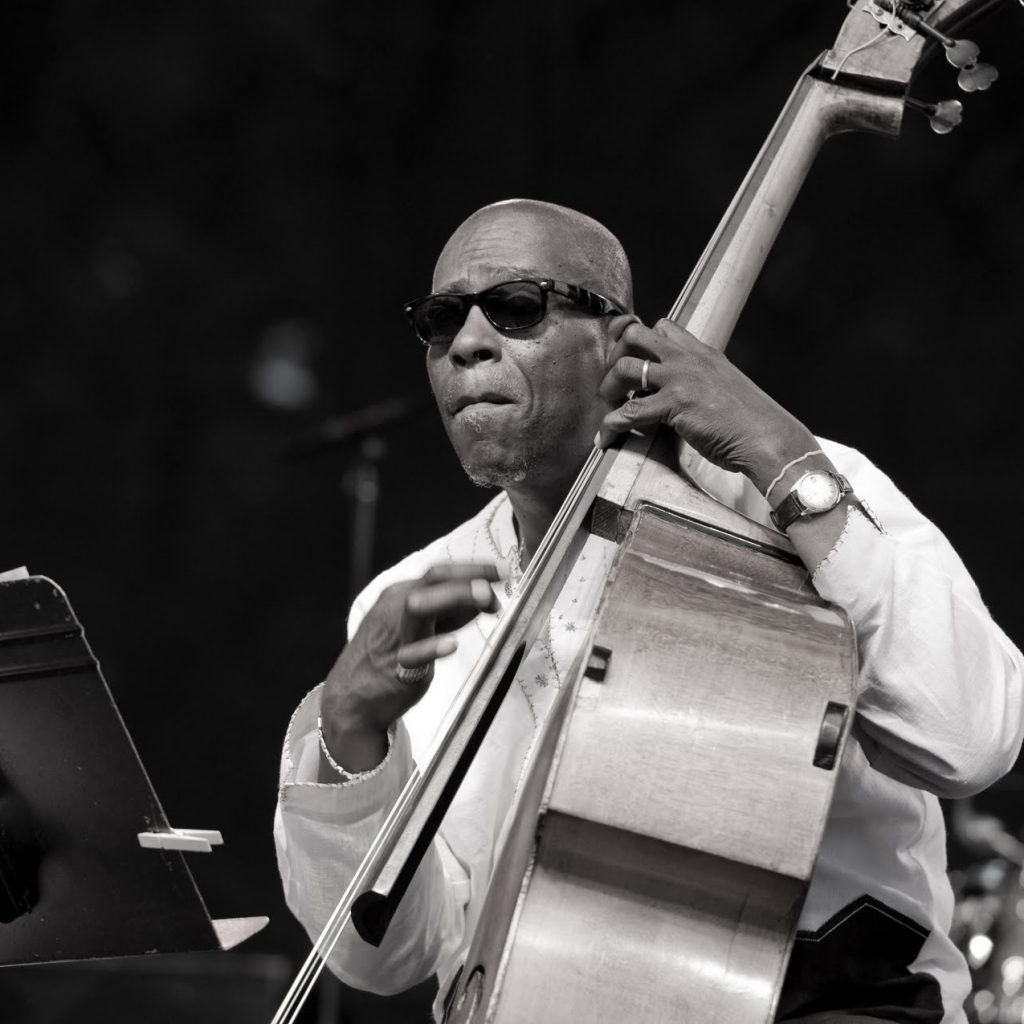 Curtis Lundy is arguably one of the most prolific — in-demand bassists on the modern jazz scene — he is a disciple of the mainstream — straight-ahead — hard bop school.

Highly regarded for his robust, lyrical, ‘lead from the front’ approach to the acoustic bass — he delivers an unsurpassed brand of masterful excellence in performing standards, originals, and the American songbook. His fluid voicings and exceptional dexterity allow listeners to delve into a song — in any time signature — with an equal measure of challenge and enjoyment.

A native of Miami, Florida Lundy was nurtured in a musical family and began playing music early in life. Ultimately, he made the bass his instrument of choice in his early teens.

The Grammy-nominated composer, arranger and recording artist studied music at the University of Miami. He left Miami in the late 1970’s for New York City — the Jazz Mecca — where quickly established his formidable talents. Soon thereafter he came to the attention of legendary Vocalist Betty Carter. He quickly won her confidence and during this celebrated association — he rose to prominence  –anchoring the rhythm section — with colleagues John Hicks on piano and Kenny Washington on drums. He is prominently featured on the Carter signature original “Tight’ memorialized on the iconic recording “the Audience with Betty Carter.”

Lundy also gained notoriety as co-leader of ‘Horizon’ — which became an extended model of Art Blakey’s Jazz Messengers– with renowned alto saxophonist and University of Miami Classmate — composer, arranger and recording artist — Bobby Watson – the band featured many of the young Turks and masters of the New York jazz scene in the 70’s, 80’s and 90’s – The band also featured Vibraphonist Steve Nelson and his sister Vocalist Carmen Lundy.

His credentials as a sideman and his recording pedigree is impeccable – it places him among an elite roster of contemporary jazz luminaries — Lundy has performed and recorded with — Pharoah Sanders, Johnny Griffin, Cyrus Chestnut, Larry Willis, Wallace Rooney, Warren Wolfe, Steve Nelson, as well as his sister renowned Vocalist Carmen Lundy. Lundy’s arrangement of “Walk with Me,” recorded by the Arc Gospel Choir was sampled by Rapper Kanye West became the Grammy Award – Winning hit “Jesus Walks.”

JazzTimes calls Lundy “one of the most spiritually uplifting bassists on the jazz scene today.”

Lundy will be joined by two of the most prominent jazz artists in today’s jazz scene, vibraphonist Warren Wolf and saxophonist Donald Harrison. 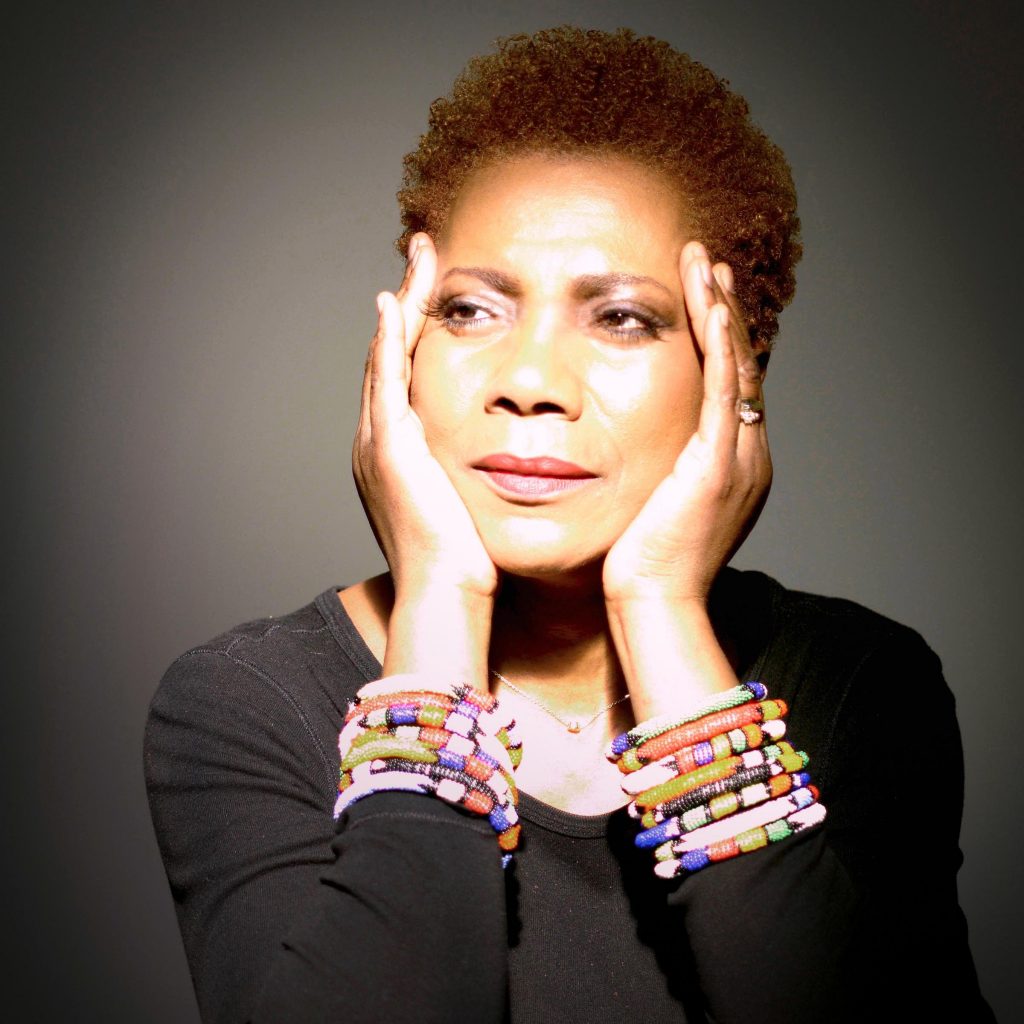 Carmen Lundy began her professional career in Miami, FL as a jazz vocalist and composer when there were very few young, gifted and aspiring jazz vocalists on the horizon. Over four decades later, Ms. Lundy is celebrated throughout the world for her vocal artistry and is highly regarded for her jazz innovation.

In April 2016, Carmen Lundy was honored with the 2016 Lifetime Achievement in Jazz Award by Black Women In Jazz and The Arts, based in Atlanta, GA. Among her other awards and recognitions, especially rewarding was Miami-Dade’s County Office of the Mayor and Board of County Commissioners proclaiming January 25th “Carmen Lundy Day”, along with handing Ms. Lundy the keys to the City of Miami.

Carmen Lundy’s work as a vocalist and composer has been critically acclaimed by The New York Times, The Village Voice, The Los Angeles Times, Variety, The Washington Post, Jazz Times, Jazziz, Downbeat and Vanity Fair among many others, as well as numerous foreign publications. Christopher Loudon of Jazz Times writes “Carmen Lundy, as beautiful inside as out, has accomplished the near impossible for a jazz singer by maintaining a solid, successful, three-decade career while focusing largely on original, self-penned material.” And Don Heckman of The Los Angeles Times – “Lundy’s performance was the product of talent that has ripened fully. Her far-ranging, fluidly mobile voice roved through and around the melodies, and her innate sense of theatricality illuminated every layer of drama in her story-driven songs.”