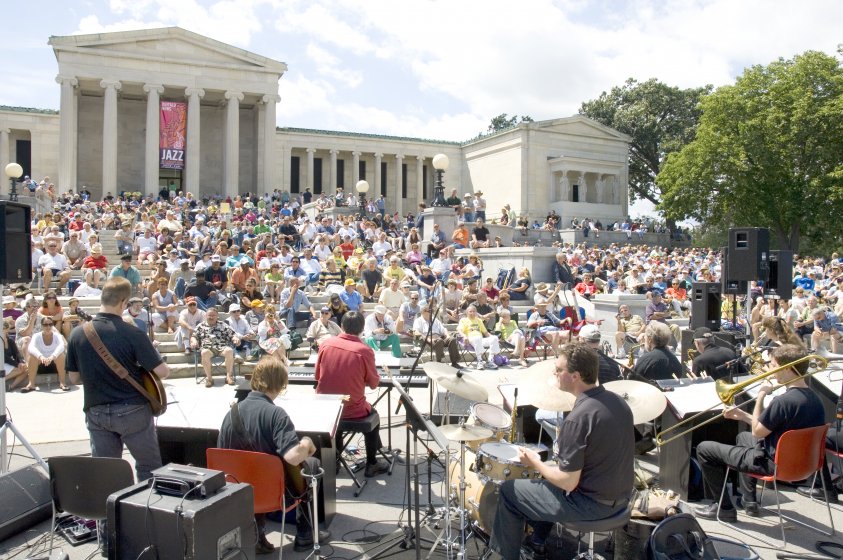 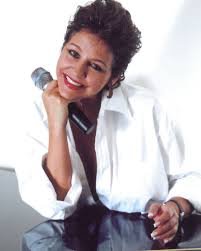 Born in New York City, Carla Valenti grew up listening to Sarah Vaughn and other jazz luminaries. Encouraged by her family and friends, she reached the stage at the MGM Grand in Reno, Nevada, at the age of 21. Since then, Valenti has been entertaining audiences nationally and internationally. Critics called her sold-out concert in London a “masterclass performance,” and her recording from that concert, Live in London, received rave reviews. The Chicago Tribune says, “Valenti is a terrifically appealing entertainer with an agile voice, sure stage presence, and singing style that often evokes the late, great Dinah Washington.” 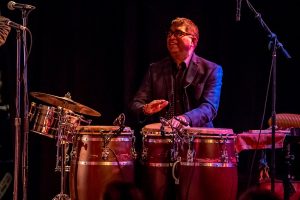 Wendell Rivera is a leading ambassador of Latin Jazz, with an invigorating sound that incorporates Afro-Caribbean grooves with the free, melodic, and harmonic elements of progressive jazz. Rivera’s Latin Jazz Ensemble has been the cornerstone of Latin music in the Western New York/Niagara Falls region for more than two decades. As a percussionist, he has performed with artists as diverse as Aretha Franklin, Arthuro Sandovar, Ben Vereen, Dave Valentin, Bob Mintzer, John Patitucci, Ralph Irizarry, Yomo Toro, Tito Gomez, Oscar Hernandez, and Humberto Ramirez. In 2000, Rivera was inducted into the Buffalo Music Hall of Fame. 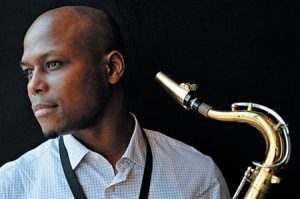 Hailed by The New York Times as “a tenor saxophonist with an enigmatic, elegant and hard-driving style,” JD Allen is one of the most thoughtful jazz saxophonists on the scene today. He has received awards from Downbeat and JazzTimes for Tenor Saxophonist of the Year, Composer of the Year, and Rising Star of the Year, as well as an award from NPR for Best Jazz of the Year. The Detroit native’s apprenticeship has largely been in New York, where he has performed, recorded, and toured with legends including Lester Bowie, George Cables, Betty Carter, Louis Hayes, Ron Carter, Jack DeJohnette, the Frank Foster Big Band, Winard Harper, Lawrence D. “Butch” Morris, David Murray, Wallace Roney, and contemporaries Cindy Blackman, Orrin Evans, Marcus Gilmore, Russell Gunn, Meshell Ndegeocello, and Dave Douglas.  Allen will be accompanied by local favorite, George Caldwell, and his quartet. 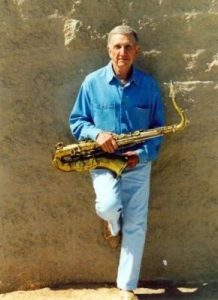 A native of Omaha, Nebraska, Don Rice became a professional musician at the age of 14 and traveled with Midwest territory bands until entering college, where he headed campus jazz groups at the University of Nebraska. In the 1960s, he formed the Don Rice Jazz Workshop Band, a sixteen-piece group that gave concerts throughout the Midwest. Appearances included the Kansas City Jazz Festival, the Joslyn Art Museum in Omaha, the University of Nebraska Student Center, and a major concert with the Four Freshmen in the Omaha Civic Auditorium.

In 1990, he moved to Rancho Mirage, California, and he has been a jazz fixture in Southern California since that time. This will be his seventeenth consecutive year as a featured guest artist for The Buffalo NewsSummer Jazz Series at the Albright-Knox. Rice will be joined by the local favorite keyboardist, Bobby Jones, and his trio. 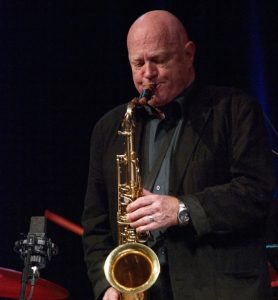 Don Menza is a powerful tenor saxophonist with a dynamic and distinctive sound. Born in Buffalo in 1936, Menza started playing tenor saxophone when he was 13. After serving in the Army, he performed with Maynard Ferguson’s Orchestra (1960–1962) as a soloist and an arranger. Menza had a short tenure with Stan Kenton prior to moving to Germany in 1964. In 1968 he returned to the U.S. and joined Buddy Rich’s big band in the “jazz tenor” chair, recording the famous solo cadenza on “Channel 1 Suite” (recorded live at Caesar’s Palace in Las Vegas) that utilized circular breathing and is referred to as a “classic” among music educators and colleagues. Menza settled in California where he continued his craft as a performer and educator, working with Elvin Jones (1969) and Louie Bellson.  He was also a long-time member of Johnny Carson’s Tonight Show Band. His compositions such as “Groovin’ Hard” and “Time Check” (both favorites of Doc Severinsen’s NBC Orchestra and Buddy Rich’s Big Band) have become standard repertoire in jazz programs at colleges and universities worldwide.

The series is free and in the event of rain, performances may be moved to the AKG auditorium and seating will be on a first-come, first seated basis.