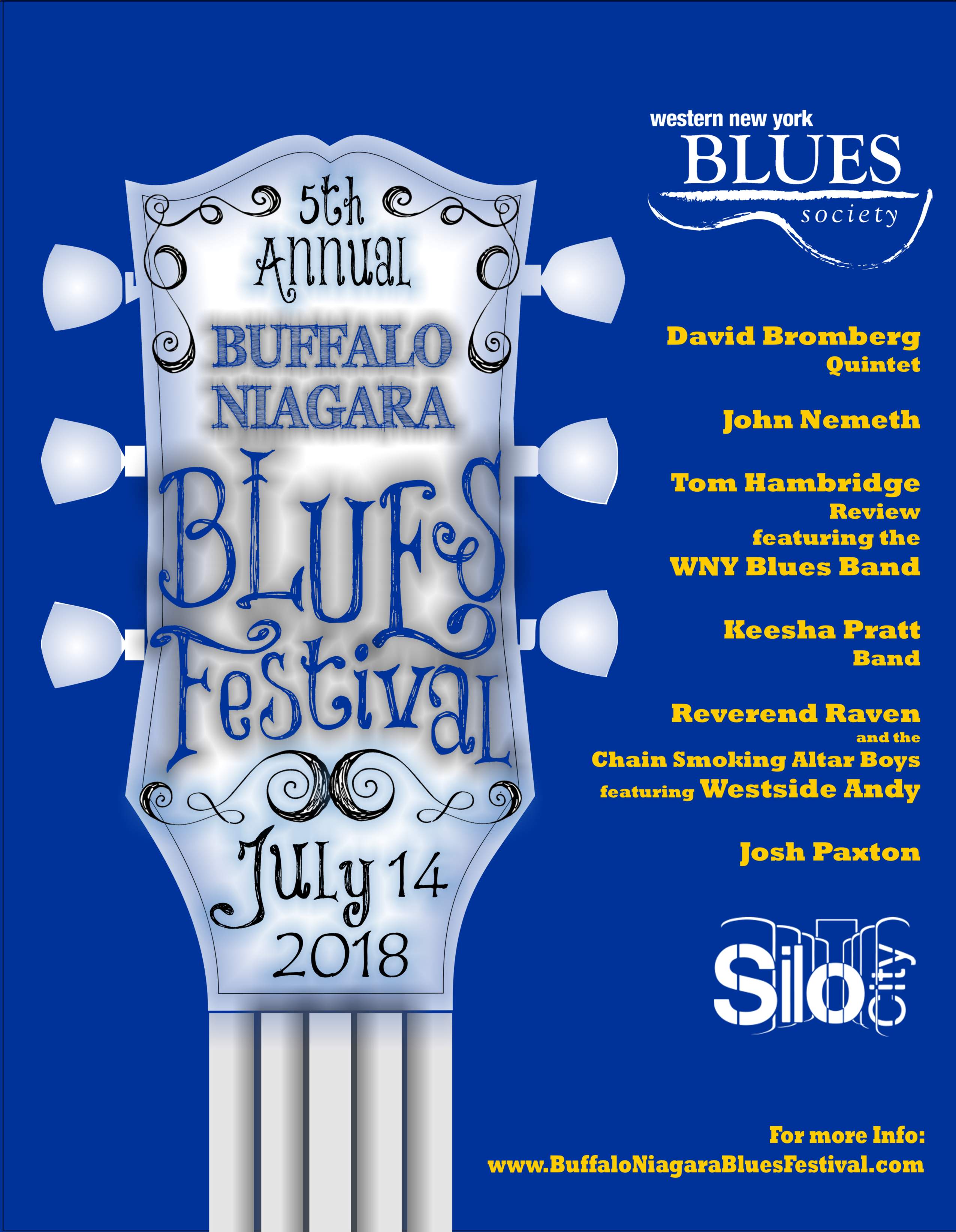 The Blues Society of Western New York is excited to announce its 5th Annual Buffalo Niagara Blues Festival, to be held at Silo City in Buffalo, NY on Saturday, July 14, 2018.

This year’s line-up is diverse and extraordinary.

Great with an audience, Grammy-nominated David Bromberg brings his David Bromberg Quintet to Silo City. David’s past adventures in music include Bob Dylan, George Harrison, and Jerry Garcia. His recent album is a blues primer of many styles. His band will include two guitars, bass violin, and drums. John Nemeth, American electric blues and soul harmonica player, singer, and songwriter, brings his 4-piece band to Buffalo. John has a large fan base in the national blues community. 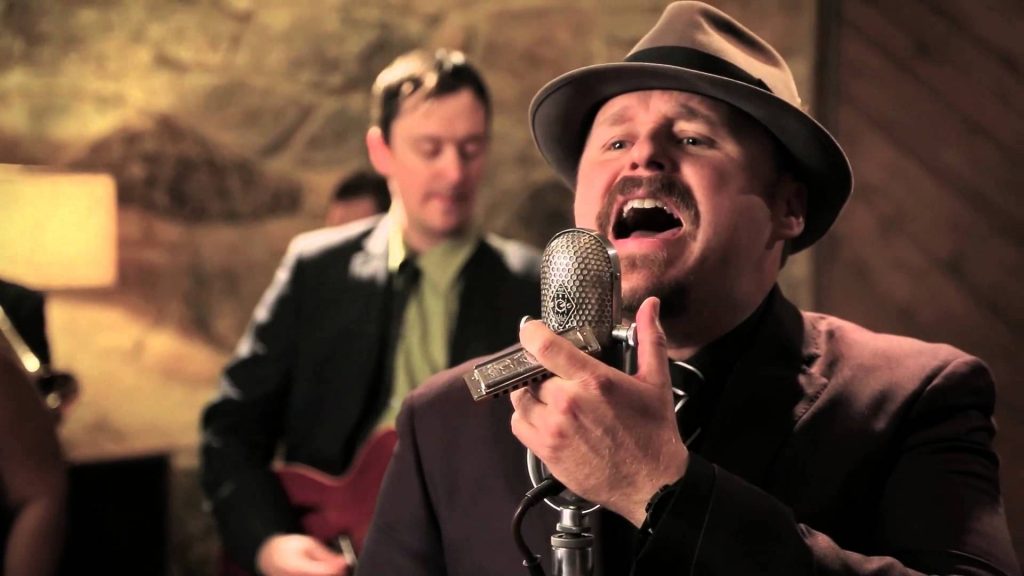 Tom Hambridge Review will be playing with our 5-piece WNY Blues Band. A Grammy-winner, Tom has made a career of writing and producing for the likes of Buddy Guy and B.B. King, and has been described by AXS as “… definitely a voice worth being heard”. Also, a 2018 International Blues Challenge (IBC) 1st place award winner, Keesha Pratt Band from Houston, TX will be performing during the festival and also at the post-party on the Silo City grounds. Lady sings the blues!

Reverend Raven and the Chain-Smoking Altar Boys, with West Side Andy Linderman on harp. You asked for it… straight-up blues with guitar, harp, and sax. Bring your dancing shoes! Josh Paxton will be playing solo piano boogie-woogie in the New Orleans Professor Longhair-style. “Laissez le bon temps rouler”!

This is the society’s primary annual fundraiser. Proceeds support the Blues Society of WNY’s Blues in the Schools (BITS) programming for K-12 students and also other community outreach programs including Nursn’ Blues, a music therapy program for those suffering from chemical dependency, provided in conjunction with Horizon Village and Kids Escaping Drugs. Other programs being funded include Youth Mentoring, where up-and-coming musicians get a chance to be coached by professionals, and the Amateur Jam (AMJAM) program which provides amateur musicians of any age a chance to play with a full band.

The Blues in the Schools stage will entertain between sets with youth performers from WNY schools and colleges.

The 5th Annual Buffalo Niagara Blues Festival takes place on Saturday, July 14, 2018, at Silo City, located at 100 Silo City Row, opposite the intersection of Ohio and Ganson Streets. Food, drink and merchandise vendors will be present throughout the grounds. Attendees can bring a chair or rent a chair on site. On-site parking is available until full with shuttles running from secondary parking on Fuhrman Blvd. Gates open at noon; music begins at 1:00 pm and runs until 11:00 pm.

Tickets are $30 in advance, $40 at the gate; members receive a substantial discount, tickets can be purchased in advance at 2018BuffaloNiagaraBluesFestival.eventbrite.com

New for this year, a limited number of “Preferred Seating” tickets will be sold at a premium; see site for details. Also new, we will be thanking our U.S. military veterans by matching the first 100 tickets sold and will donate those tickets to veterans, to be distributed via Pathfinders for Vets.

The festival runs rain or shine; a good deal of covered seating will be av