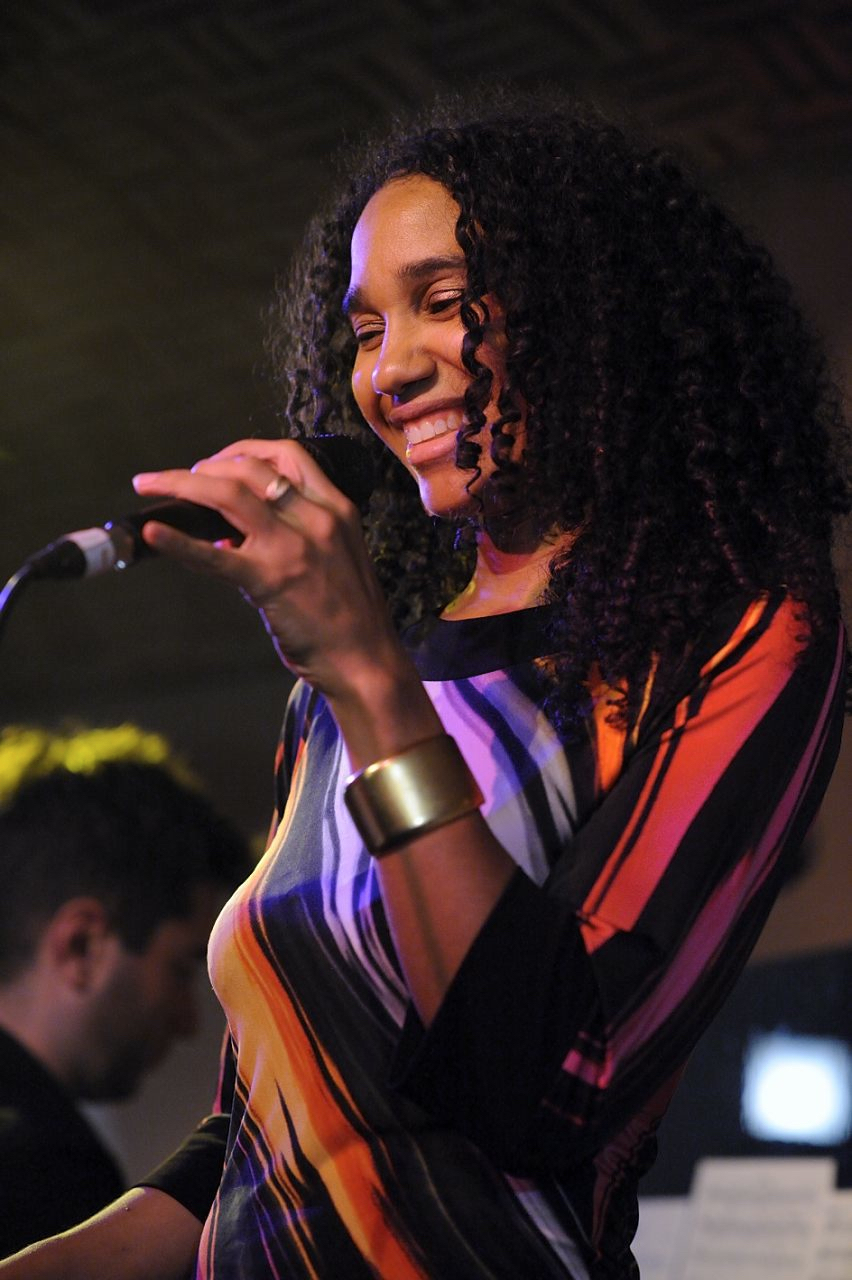 “A fully fledged composer, lyricist and vocalist, her ideas are filled with depth and meaning and her lyrics profoundly unique.”

– Constance Tucker, All About Vocals

“A brilliant singer and even more thoughtful lyricist” 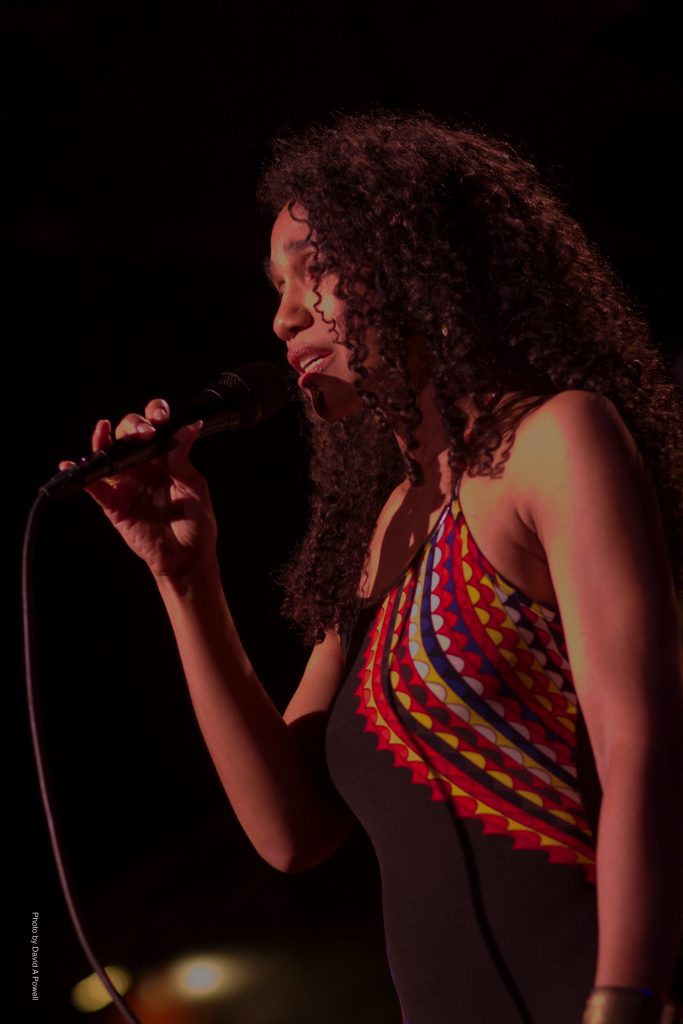 Born and raised in Pittsburgh, Pennsylvania, vocalist Aimée Allen’s intimate connection with music began as a child. Her childhood was scored with classic jazz because her mother kept selections from the tradition on the family turntable.  Though singing was a part of her childhood, Aimée first began singing professionally with jazz a cappella groups in college. After graduation, Aimée moved to Paris where she performed regularly in jazz clubs and festivals. The deep relationship between the francophone audiences and Brazilian bossa nova led Aimée to form Les Bossa Novices, a Paris-based group dedicated to bossa and jazz.

Aimée now performs regularly in New York City and abroad. Standards and bossa are part of her repertoire, but now an accomplished composer, she also sings her original songs, many of which have become audience favorites.  Her original music has been licensed for feature film and network television.  She has sung with many renowned jazz musicians including Romero Lubambo, Ron McClure, François Moutin, Roswell Rudd, Ari Hoenig, Joel Frahm, and Yomo Toro

After a successful crowdfunding campaign contributed to by fans, Aimée released a new album, Wings Uncaged, in September of 2018.  It features jazz standards, and Aimée’s own compositions on the theme of transcendence, with evocative song-stories with winged creatures serving as metaphors.  The album has met wide-spread acclaim in the jazz world and Allen’s music has found its way into film and TV series.

Aimée’s last album, Matter of Time, released in May 2015 on Azuline Music features master Brazilian guitarist Romero Lubambo, François Moutin on bass, Toru Dodo on piano, and Jacob Melchior on drums.  The album is an exciting and soulful collection of Aimée’s new compositions, unconventional interpretations of standards, and bossas featuring Aimée and Romero in duo.

Aimée’s second CD, l’Inexplicable, was the fruit of her trans-continental musical experiences and her talents as a writer. It is a collection of warm, soulful, jazz-pop originals blending African rhythms, Brazilian bossa, and classic jazz influences.  Nearly all the tracks were written by Aimée and are sung in French.  l’Inexplicable was released in Japan in 2008 on Vivid Sound and in Europe on Schubert Music.   Aimée’s original compositions from this album have been licensed for use in film and network television.

On her debut release, Dream, Aimée offered inspired interpretations of jazz standards, familiar bossa nova classics, and one original composition.  In keeping with her experiences, Dream includes vocals in English, French, and Portuguese. 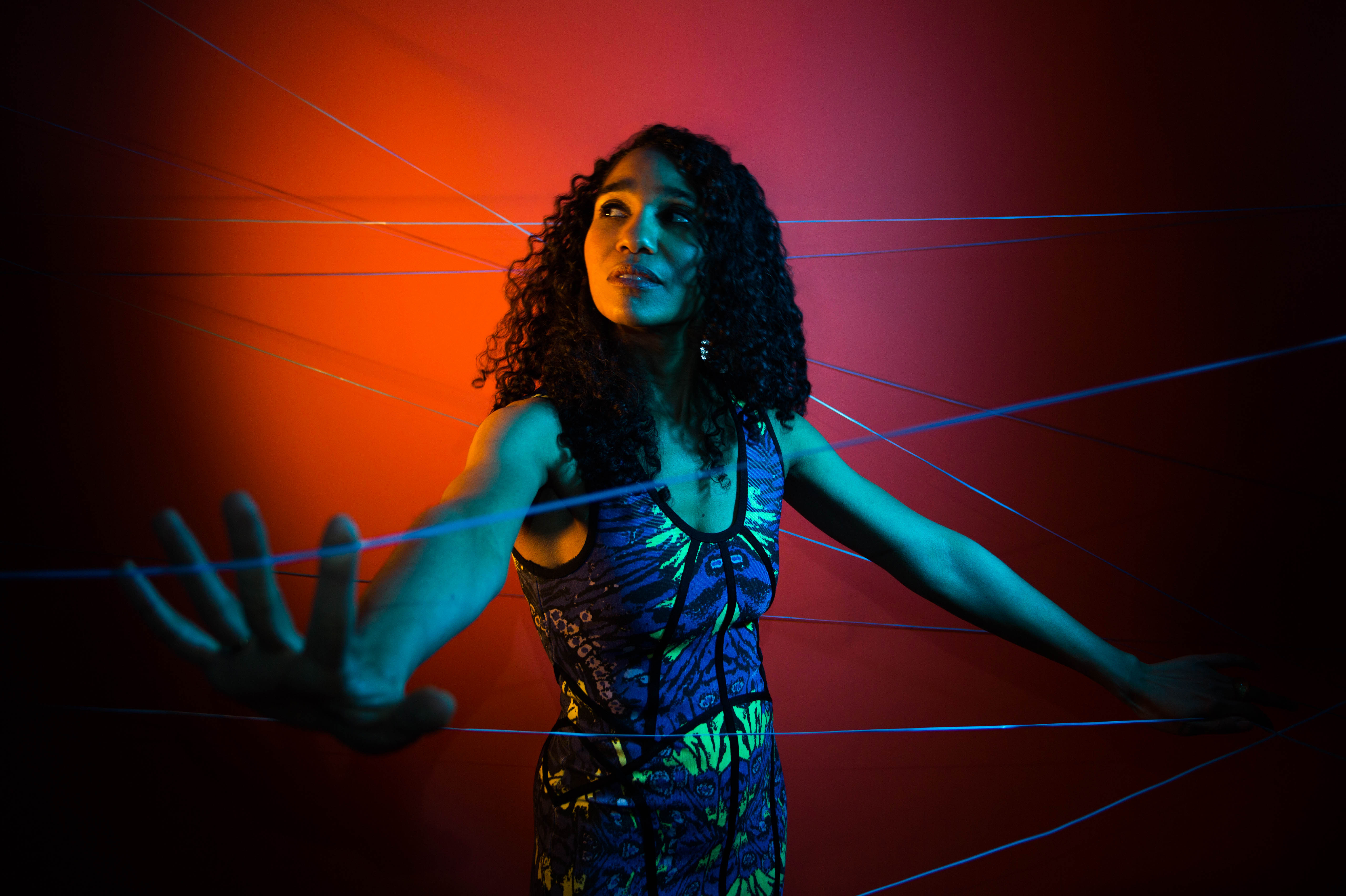 The noted jazz critic and liner writer, Scott Yanow had this to say about her latest album:

With the upcoming release of her fifth CD, Wings Uncaged, the very talented jazz singer and songwriter Aimée Allen has made her most mature and original musical statement to date. She has always displayed warmth, creativity and swing in her singing while her songs have consistently been thought-provoking, expressing insights that are both contemporary and timeless. Wings Uncaged is filled with inventive reworkings of a few favorite standards along with five new and memorable originals, featuring Aimée Allen at the top of her form.

A native of Pittsburgh, Pennsylvania, Aimée remembers: “There was a lot of music at home. As a child, my mother sang around the house, so I did too. My brother played guitar and I played a bit of piano. I remember hearing classic jazz, Ella Fitzgerald, Sarah Vaughan (my all-time favorite), Abbey Lincoln, Jobim, Astrud Gilberto, Al Jarreau, Pat Metheny, Betty Carter, Carmen McRae, and Nancy Wilson. I also listened to AM radio and a lot of classic rock including Steely Dan, Chicago, Stevie Wonder, and Michael Jackson. I sang in school choirs and occasionally in church, and played the flute as well.”  While attending Yale, Aimée began to take singing more seriously, performing in a cappella groups. She went to Paris as an undergrad and started to sing professionally at duo gigs in piano bars. “Paris immediately felt like a second home to me, and I found that the jazz I grew up with was very popular there, even more recognized than in the States.” She teamed up with top local musicians to form Le Bossa Novices, singing Jobim tunes and other Brazilian music. Return visits to Paris found her leading her own quartet, appearing at clubs and festivals

Back in New York since 2002, Aimée has long been an important member of the jazz community, performing regularly at countless venues, and on stage with many great jazz interpreters including Roswell Rudd, Joel Frahm, Ari Hoenig, Yomo Toro, Romero Lubambo, and Francois Moutin. In 2006 she recorded her debut release, Dream. Already displaying a fully-formed style of her own, she performed vocals in English, French, and Portuguese on a variety of standards and bossa novas, ranging from “Honeysuckle Rose,” and “Triste” to her original “Solitude Blues.” The following year she recorded l’Inexplicable, a special set of soulful jazz-pop originals sung in French. Next was Winters & Mays, which includes among its highlights her interpretations of “Peel Me Like A Grape,” Sting’s “Fragile,” and a combination of “Bye Bye Blackbird” and “It Could Happen To You.” 2015’s Matter Of Time teamed the singer with pianist Toru Dodo, bassist Francois Moutin and drummer Jacob Melchior. Four numbers co-star the masterful Brazilian guitarist Romero Lubambo. Highlights include Aimée’s thoughtful “Matter Of Time,” “The Island,” a hard-swinging “Close Your Eyes,” and the ballad “Sometimes You Just Know.”

Wings Uncaged is a major step forward for Aimée Allen who is joined by three brilliant musicians: bassist Francois Moutin, pianist Billy Test and drummer Kush Abadey.  Aimée performs inventive and fresh renditions of “Skylark,” “Save Your Love For Me,” Jobim’s “Fotografia,”, “Invitation,”, “Les Feuilles Mortes/Autumn Leaves” (a duet with bassist Moutin that she sings in both French and English), and “Midnight Sun.” Her interpretations are heartfelt and dig into the lyrics. “Before I perform a standard, I have to love it and have a connection to it. It has to really mean something to me.”

But it is the originals that are certain to get the most attention. “It is always very exhilarating to write a song, put it in front of musicians of this caliber, and see what happens. It can be an amazing experience,” Aimée enthuses. “In my songwriting, I try to tell stories that people can relate to and that are relevant. One of the recurrent themes of Wings Uncaged is how winged creatures cope with the challenges and limitations of the natural world.  It is about transcending, sometimes escaping, sometimes just surviving, the circumstances around us, literally but also in the spirit. We have to consider breaking out of the conditions that keep us earthbound sometimes, no matter how comfortable we may be, in order to achieve something better. The word ‘cage’ has, of course, taken on greater significance during the past year.  I chose the title and theme long before the disturbing issue of cages came into the public discourse. So it was unexpected, but I welcome the relevance.  I think we are faced with many types of cages right now that we must break open.”

“Shooting Star” is a love song about how something bright and remarkable entering one’s life can cause uncertainty about the future, even while it cannot be denied. “Night Owl” celebrates the owl as a metaphor for nonconformists. “It’s about those who go against the grain, embracing things that others shy away from.  They can make a paradise out of darkness.” “In My Web” is an unusual and dark love story. “Touch The Sun,” which sets Aimée’s lyrics to Moutin’s music, was inspired by the starling flock moving en masse across the sky, a throng of birds choreographed like threads in a single tapestry, shifting and turning on a dime, creating light and shadows in unison. The most riveting piece of the set is the politically aware “Democracy How (Harmony and Dissonance).”A call for action, it asks how we can participate in a system when truth is ridiculed and divisions weaken the common ground we share. It is about the individual and collective voice and the need to use it to speak out .

Aimée Allen gets vivid reactions from audiences when she performs her compositions.  Some of her original music has been licensed for feature film and network television. She performs regularly in New York, has dates in Europe, and is always working on creating new music. And she is very grateful for the support that she has received from fans in her Indiegogo campaign for Wings Uncaged.

Aimée Allen and jazz both have a bright future.