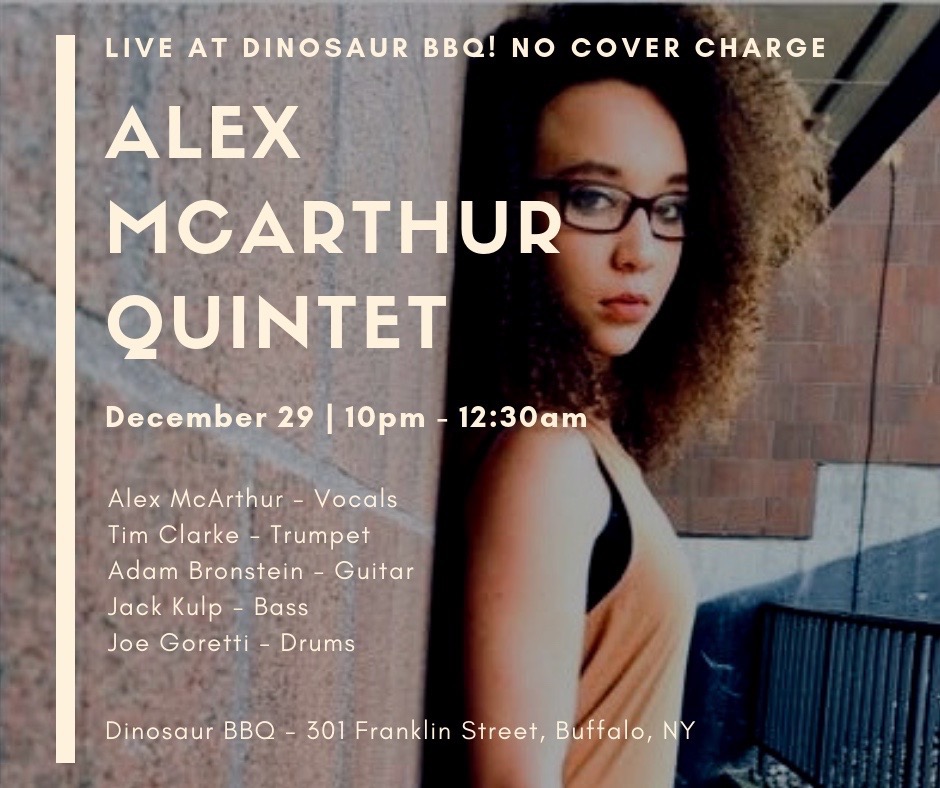 Alex McArthur brings her jazz/funk quintet to the Dinosaur BBQ for their LAST SHOW OF 2018!

Alex McArthur is an active jazz, funk, & classical vocalist/musical theatre performer based in Buffalo, New York. She is currently a senior at the University at Buffalo and will be receiving her BFA in Music Theatre & BA in Vocal Performance.
​
She & her groups have performed at many venues, festivals, & events in the Western New York area & beyond, such as Pausa Art House, Buffalo Iron Works, Larkin Square, Lewiston Jazz Festival, and the Queen City Jazz Festival, and received the JazzBuffalo Rising Star Award of 2016. She sings with names such as Bobby Militello, John Bacon Jr., George Caldwell, & many other musicians in the area. She is a private voice teacher, both independently and at the Rochester Contemporary School of Music. She spends most of her weekends singing out in the Buffalo community, or playing private events & weddings, which take her anywhere from Northern Pennsylvania to Central New York. In her free time, she participates in musicals with theatre companies in the area, and is a member of Vocalis Chamber Choir.