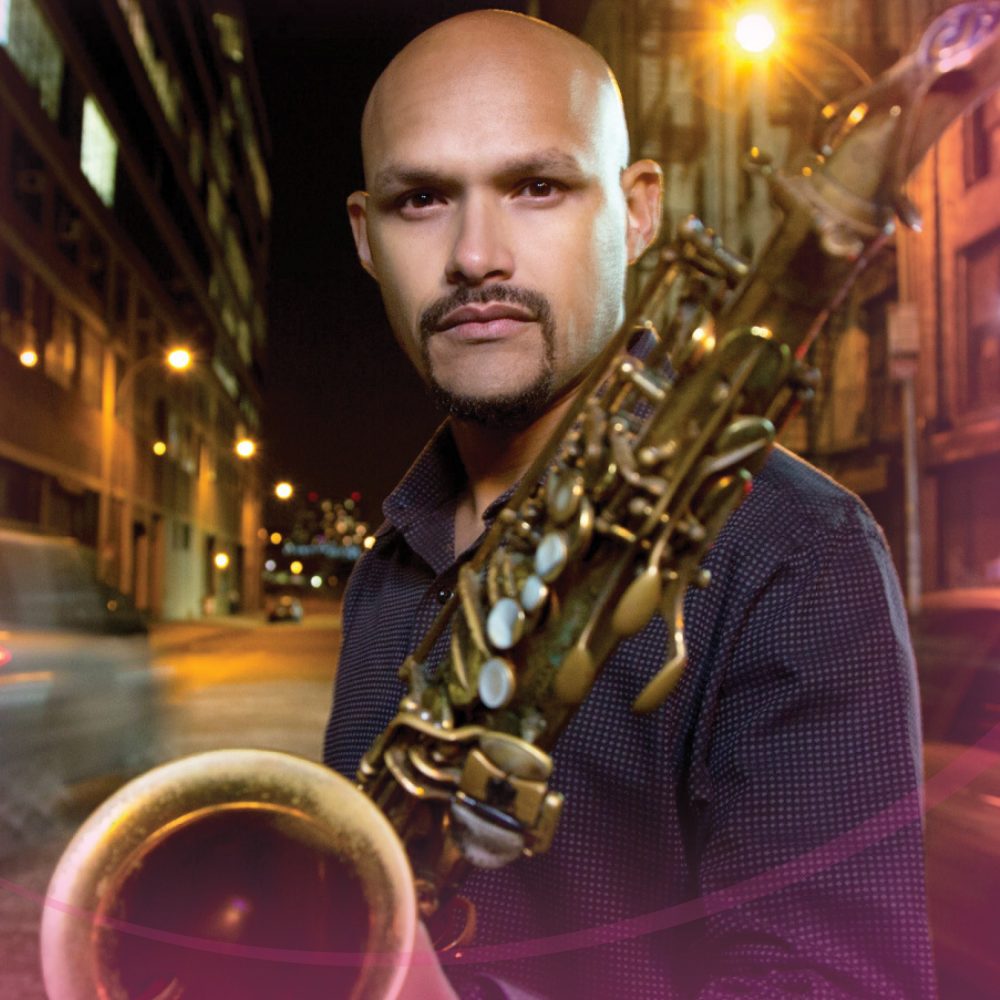 Multiple Grammy Nominee and Guggenheim and MacArthur Fellow Miguel Zenón represent a select group of musicians who have masterfully balanced and blended the often contradictory poles of innovation and tradition. Widely considered one of the most groundbreaking and influential saxophonists and composers of his generation, he has also developed a unique voice as a conceptualist, concentrating his efforts on perfecting a fine mix between Jazz and his many musical influences.

Zenón has been featured in publications such as The New York Times, The Wall Street Journal, The Los Angeles Times, The Boston Globe, and The Chicago Tribune. In addition, he topped both the Jazz Artist of the Year and Alto Saxophonist categories on the 2014 Jazz Times Critics Poll and was selected as the Alto Saxophonist of the Year by the Jazz Journalist Association in 2015, 2018, 2019 and 2020 (when he was also recognized as Arranger of The Year).

As a composer he has been commissioned by SFJAZZ, NYO Jazz, The New York State Council for the Arts, Chamber Music America, Logan Center for The Arts, The Hyde Park Jazz Festival, The John Simon Guggenheim Foundation, MIT, Spektral Quartet, The Hewlett Foundation, Peak Performances, PRISM Quartet and many of his peers. Zenón has given hundreds of lectures and master classes at institutions all over the world and is a permanent faculty member at the New England Conservatory and The Manhattan School of Music. In April 2008 Zenón received a fellowship from the prestigious John Simon Guggenheim Foundation. Later that year he was one of 25 distinguished individuals chosen to receive the coveted MacArthur Fellowship, also known as the “Genius Grant”. In 2011 he founded Caravana Cultural, a program that presents free-of-charge Jazz concerts in rural areas of Puerto Rico. In 2022 he received an Honorary Doctorate from La Universidad del Sagrado Corazón in San Juan, Puerto Rico, the highest honor bestowed by the institution. 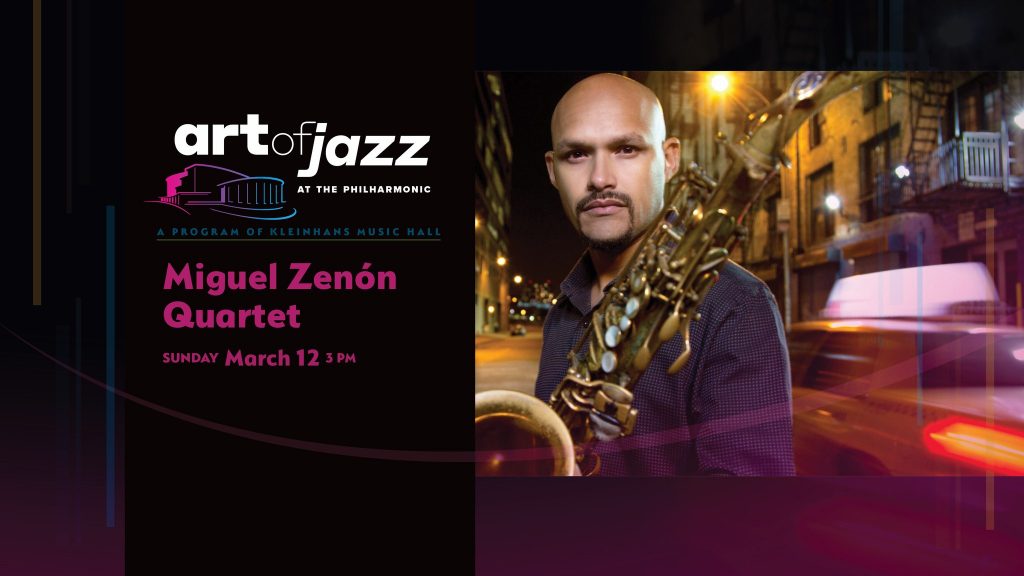 Subscribe and save! Subscriptions for the 4-event series are on sale now for $126 plus applicable fees – a 10% discount! Click here to purchase.

The 4-concert package is also available at a discount for AKG members and BPO subscribers for $112 plus applicable fees – a 20% discount!

About Art of Jazz at the Philharmonic

During the past 20-plus years, Art of Jazz has earned a reputation as one of the premier jazz series in North America. Join us for an exciting season focused on the art of composing in jazz.  Some of the best artists, composers, and arrangers in jazz will present unique musical projects that will feature Grammy winners and nominees as well as competition winners in four riveting performances.