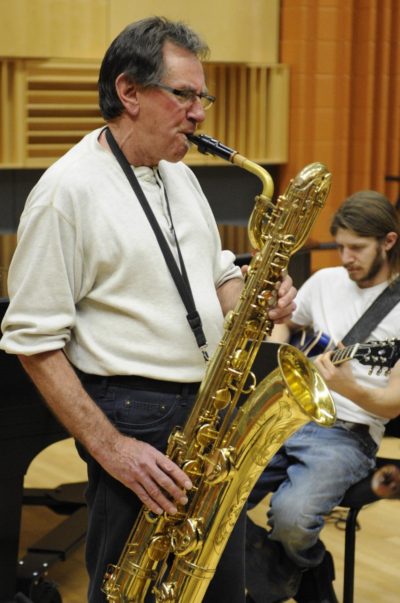 This is the fifth and final installment of the wildly successful Artisan Jazz First Sundays Series at The Roycroft Inn. The series has been spotlighting the world-renowned saxophonists of Western New York. This month we feature a true giant of saxophone jazz, Bruce Johnstone.

Originally from New Zealand, Bruce has lived and worked in England and throughout Europe. His work on the Maynard Ferguson Band is legendary.

Bruce also toured with the Woody Herman’s Thundering Herd, and has performed with dozens of great jazz stars throughout the years.

New York Mary, a group founded by Bruce in the 70’s was one of the first jazz fusion bands on the scene. bruce has regularly had his name on Billboard and in Downbeat. Come out to see a true jazz legend at The Roycroft Inn with Bruce Johnstone.
Also featured:
Phil Sims, trombone
Lisa Hasselback, piano
Ed Croft, bass
Tom Kasperek, drums