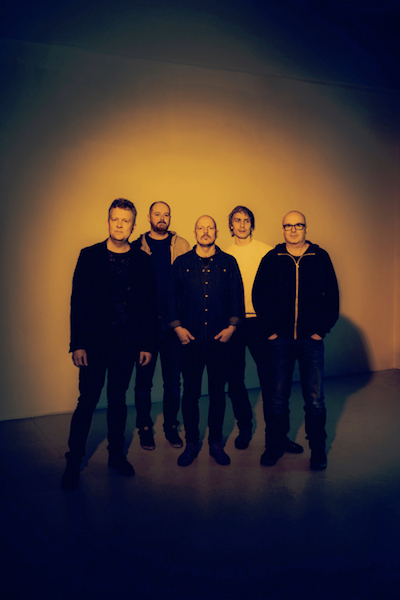 The Swedish-Norwegian quintet Atomic has held a position at the forefront of the Scandinavian and European contemporary jazz scene for more than 17 years. The band has the ability to delve ever more deeply into its own expressive idiom and is still inquisitive, vital and full of energy. All this time Håvard Wiik and Fredrik Ljungkvist have been responsible for all the compositions, but on the upcoming album Pet Variations (release date November 2, 2019) Atomic play compositions by Edgar Varese, Olivier Messiaen, Steve Lacy, Jimmy Giuffre, Carla Bley, Jan Garbarek, and Brian Wilson – to mention a few.
Musically, Atomic covers a broad spectrum in both stylistic and historical terms, and the contrast between the intricate compositions and the energy and freedom of the music has only intensified through the years. Nobody can combine jazz, improvisation, and ideas from classical contemporary music in as spontaneous and memorable a way as Atomic. Naturally, their musical interplay is perfectly integrated after 17 years, but the fact that they have also managed to keep their joy of playing together intact is both inspiring and a great pleasure for everyone who has ears to hear with.
https://soundcloud.com/user-583801433/atomic-un-grand-sommeil-noir-varese-from-the-upcoming-album-pet-variations 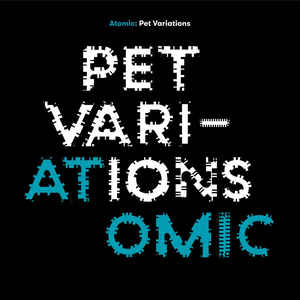 Scandinavian supergroup Atomic began their career confounding convention and eighteen extraordinary years later they are still at it. The band’s latest album, Pet Variations, a signature blend of impassioned jazz and rebooted contemporary-classicism, is a fresh departure from the norm.
First, the backstory…
Dismissing conventions
The first convention Atomic dismissed was the “Scandinavian sound” then expected of bands from Norway and Sweden. The style, which emerged during the late 1980s, was conceived by ECM label founder Manfred Eicher as an alternative to the American, and particularly African-American, jazz tradition. It eschewed emotional engagement in favor of a resolutely ascetic approach and often borrowed harmolodic motifs from Scandinavian folk music. There was nothing wrong with that, but by 2000 the paradigm had become a one-size-fits-all rulebook. What had once been liberating was now restricting.
Atomic, by contrast, regarded the American tradition as an inspiration and made it a cornerstone of their style. They debuted with the appropriately titled Feet Music in 2001, an album which fizzed with energy, emotion and a sense of fun. By the time their second album, Boom Boom, was released in 2003, the band had shaken up the Scandinavian jazz world and found an enthusiastic new audience for the music.
The second convention Atomic rejected was the notion that hot jazz and conservatoire sensibilities are incompatible. From the start, the work of modernist composers such as Edgard Varese has echoed in the compositions of Fredrik Ljungkvist and Håvard Wiik, who write most of the band’s material. Atomic did not invent this synthesis, of course, other free spirits came before them. George Russell and Gunther Schuller were mixing things up in the 1940s and 1950s. Frank Zappa’s inspirations as a teenager were the unlikely pairing of doo-wop and Varese. But few bands have blended soulful jazz with cerebral European composers as intoxicatingly as Atomic, creating an emotionally as well as intellectually rich package.
Reinterpreting other composers
Which brings us to the latest convention to be ignored by the group. Having forged an identity with original material, few bands give over an album to the work of other composers. But this is what Atomic do on Pet Variations, interpreting pieces by musicians as diverse as Olivier Messiaen and the Beach Boys’ Brian Wilson – and making every track resoundingly their own. Among the handful of jazz artists who have pulled off a similar feat was Rahsaan Roland Kirk on his album Other Folks’ Music (which, coincidentally or not, was recorded around the same number of years into Kirk’s career as Pet Variations is into Atomic’s). After fourteen discs on which the overwhelming majority of the material was written in-house, why did Atomic choose to focus on other composers now? “We just thought it would make a change,” says Wiik. “We’re doing it now because next year we’re already committed to a project with a larger ensemble and new material entirely composed by us.”
The only original on Pet Variations is Wiik’s title track, which segues into Wilson’s “Pet Sounds.” The other composers are a mix of jazz and contemporary-classical stylists: Messiaen (“Louange à l’Éternité de Jésus”), Varese (“Un Grand Sommeil Noir”), Steve Lacy (“Art”), Alexander von Schlippenbach (“Inri”), Jimmy Giuffre (“Cry Want”), Carla Bley (“Walking Woman”) and Jan Garbarek (“Karin’s Mode”).
“We didn’t think about genre when we made the choices,” says Wiik. “We just brought in music that we felt would fit the group’s sound. But I thought it would be good to have broad variety in the repertoire so that it naturally went in different directions.”
A landmark album
The inclusion of Garbarek’s “Karin’s Mode” as the album’s closer might cause surprise, given that Atomic has always been, if not on a different planet from the ECM standard-bearer, then in a different orbit. But the tune first appeared on Garbarek’s Esoteric Circle for ex-John Coltrane producer Bob Thiele’s Flying Dutchman label in 1969. This was two years before Garbarek moved to ECM and his style still owed much to African-American stylists such as Coltrane, Albert Ayler and Sun Ra’s tenor sax star, John Gilmore. “It’s one of Jan’s really early pieces,” says Wiik, ”and Atomic has a lot of musical roots from that time and the music he was doing back then. It was actually the last tune we recorded in the session. One take and no rehearsal.” The album’s other highlights include Lacy’s sublimely lyrical “Art,” Varese’s otherworldly “Un Grand Sommeil Noir” and Bley’s seminal “Walking Woman,” first recorded on the iconoclastic ESP label in 1965 with Sun Ra’s Marshall Allen on alto sax. Atomic’s trademark exuberance is unleashed on Wiik’s “Pet Variations” and Schlippenbach’s “Inri.” Every track is a delight – simultaneously an adventure and a celebration.
Masterpiece is a word cheapened by overuse. Let us just say that Pet Variations is a landmark album in Atomic’s remarkable catalog. 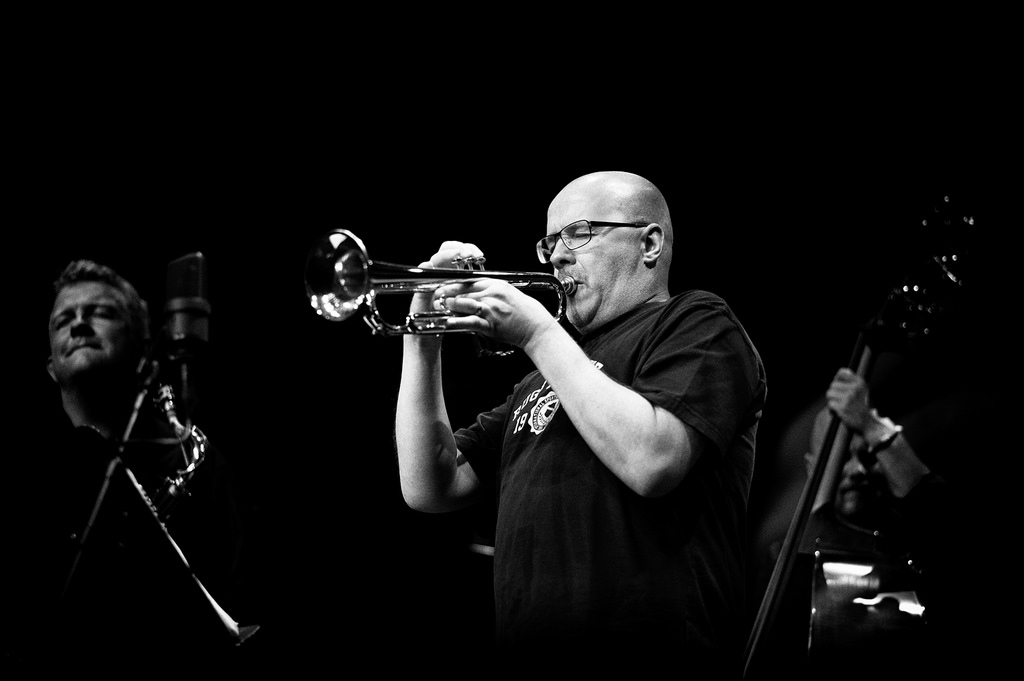