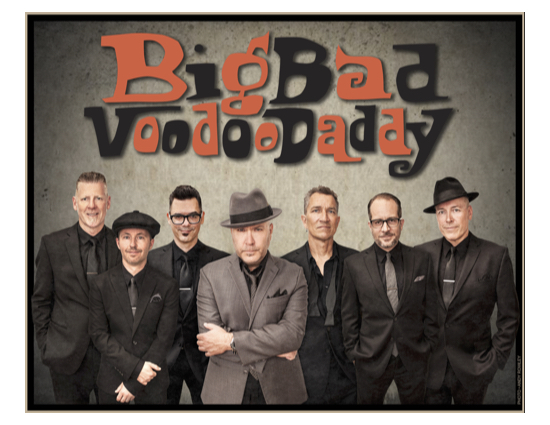 On March 23, the Performing Arts Center welcomes Big Bad Voodoo Daddy. For over 25 years Big Bad Voodoo Daddy’s unique take on American swing and jazz has thrilled audiences around the world. They’ve sold millions of albums and performed sold out shows around the world including at the Hollywood Bowl and Lincoln Center. Some of their chart topping hits include “Go Daddy-O” and “You & Me & the Bottle makes 3 Tonight.” Big Bad Voodoo Daddy also has made countless television appearances, including during Super Bowl XXXIII and Dancing with the Stars, and they also wrote and performed the theme song to the hit NBC TV show Third Rock from the Sun.