BJC plays Fiddler on the Roof 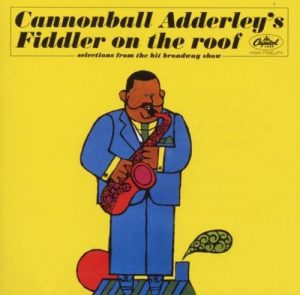 Cannonball Adderley became known as one of the greatest jazz alto saxophonists of all time during his tenure in the Miles Davis Sextet in the late 1950’s. He appeared on two landmark recordings alongside Miles and John Coltrane, Milestones and Kind of Blue. Cannonball began performing and recording as a leader in the early 1960’s, and in 1964, he released the album Cannonball Adderley’s Fiddler on the Roof on Capitol Records. It includes original arrangements of songs such as “Fiddler on the Roof,” “To Life” and “Matchmaker, Matchmaker.”  For this concert, the Buffalo Jazz Collective will present music from that album as well as some of Adderley’s compositions that went on to become staples of standard jazz repertoire.