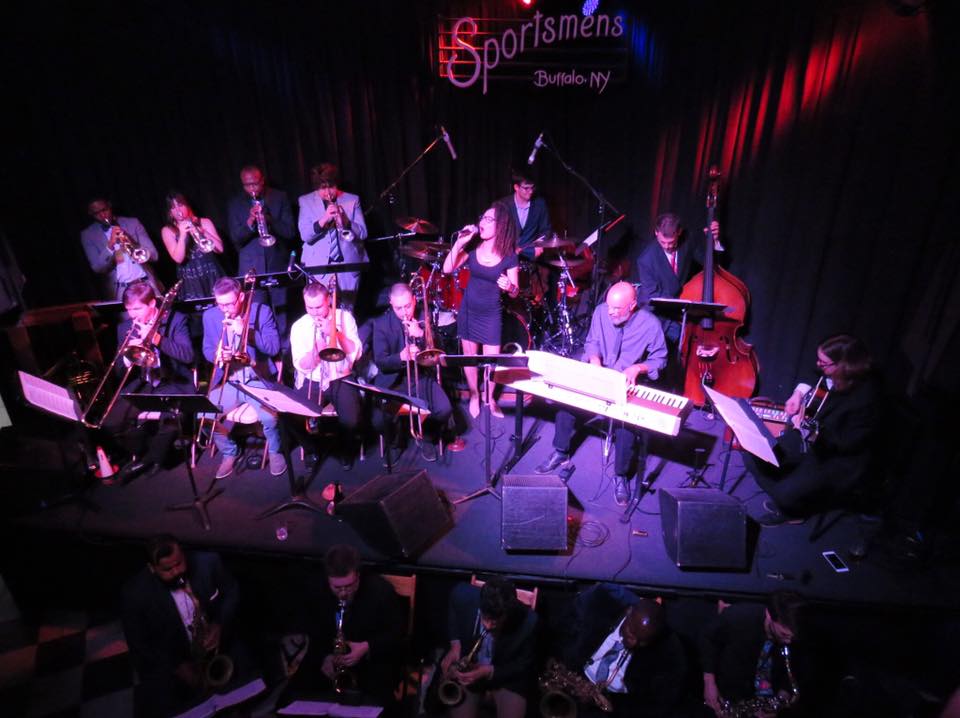 Alex McArthur is an active jazz, funk, & classical vocalist/musical theatre performer based in Buffalo, New York. She is currently attending the University at Buffalo completing her BFA in Music Theatre & BA in Vocal Performance.

She has performed at many venues, festivals, & events in the Western New York area & beyond, such as Pausa Art House, Buffalo Iron Works, Larkin Square, Lewiston Jazz Festival, and the Queen City Jazz Festival, and received the JazzBuffalo Rising Star Award of 2016. She is a private voice teacher, both independently and at the Rochester Contemporary School of Music. One of her favorite “extra curricular” activities is choral singing, which brings her to be a part of Vocalis Chamber Choir in Buffalo, & a rotating member in the Nathaniel Dett Chorale in Toronto, CA. She spends most of her weekends singing out in the Buffalo community, or playing private events & weddings, which take her anywhere from Northern Pennsylvania to Central New York. In her free time, she participates in musicals with theatre companies in the area.

Formed in 2017 by founder and director Jacob Jay, the BJC Repertory Orchestra is an 18-piece big band comprised of the top young professional musicians in the Western New York area. The Repertory Orchestra pays tribute to the jazz tradition through performing repertoire by historically important jazz musicians, composers, and band leaders.