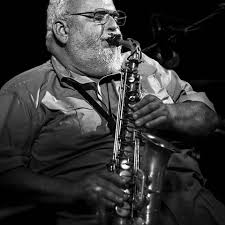 Bobby Militello Quartet with: Jeff Campbell on bass, Bobby Jones on Keyboards and John Bacon Jr. on drums.
Throughout his career, spanning some 50 years, he has formed various groups of his own ranging from Fusion/Funk to Bebop. His first national recording, Primal Scream, was with Maynard Ferguson in 1975 and his first solo album was recorded in 1982 on Motown Records, entitled BobbyM Blow.Enjoying a large range of musical styles, Bobby has merged his love for many types of music into his present style of bop. This, combined with his obvious ability to express emotion in his playing, makes for a unique sound and approach to playing the alto sax, tenor sax, flute and soprano.He is one of those artists that prefers to record live, when possible, in order to truly exhibit the qualities that make jazz so interesting. Bobby has been on over 250 recordings and various television and film scores.
+ Google Calendar+ Add to iCalendar