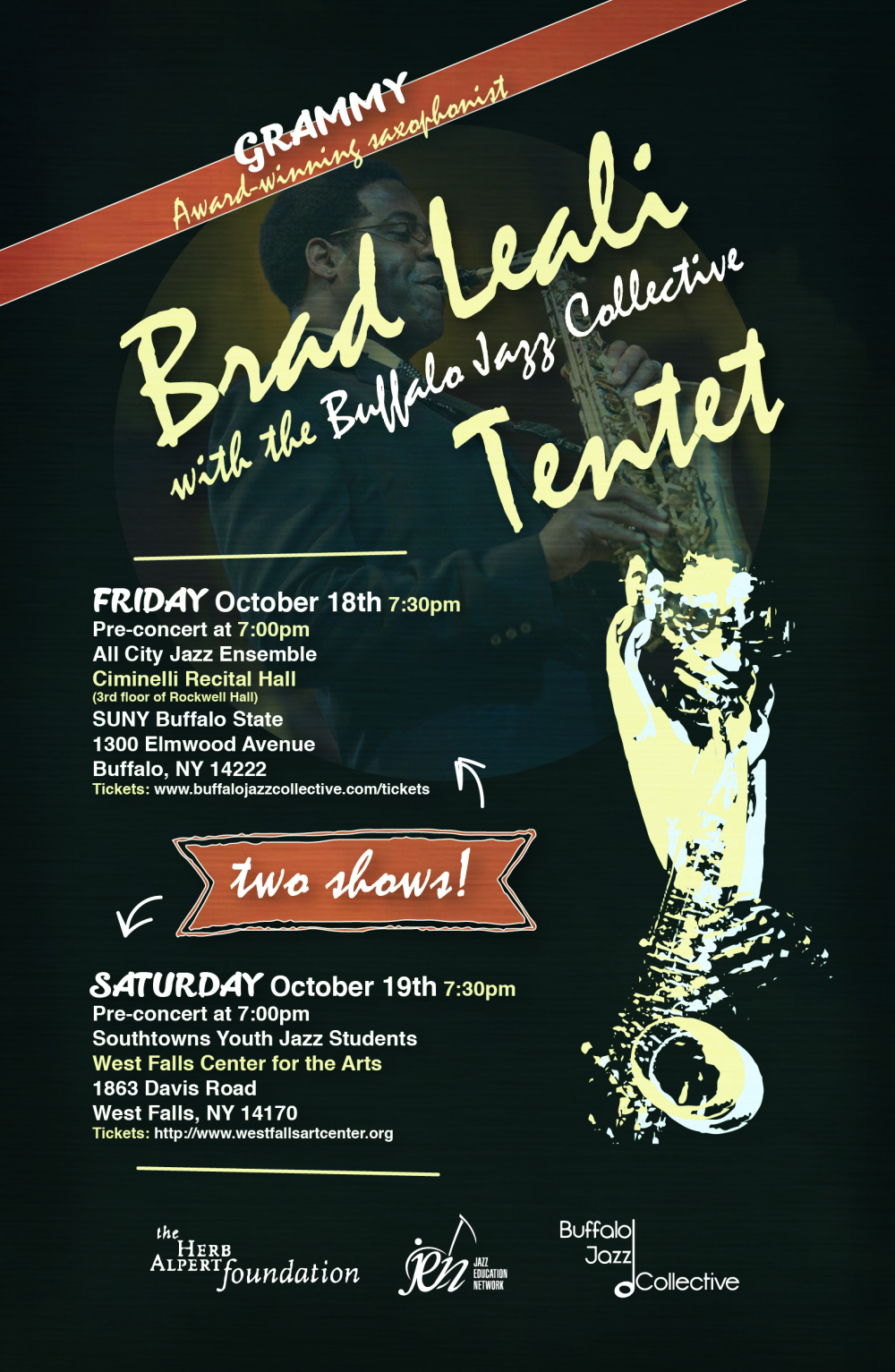 Our first concert weekend of the season will feature GRAMMY award-winning saxophonist, educator, and bandleader Brad Leali. Leali spent years as musical director for the Harry Connick Jr. Orchestra, as well as time with Count Basie Orchestra. He has appeared on over twenty albums as both a leader and a sideman, and has been featured on the Today Show, Jay Leno, Arsenio Hall, BET, and the Kennedy Center Honors. Leali currently serves as Associate Professor of Jazz Saxophone at the University of North Texas and tours with Lyle Lovett & His Large Band.

“Saxophonist Brad Leali was among the most soulful and exciting I’ve heard recently.” – New York Times

For this program, we are putting together an all-star Buffalo Jazz Collective band to perform compositions featuring Mr. Leali that were arranged for the Claus Raible Bop-chestra, a 10-piece jazz ensemble.

Tickets are available at www.buffalojazzcollective.com/tickets.