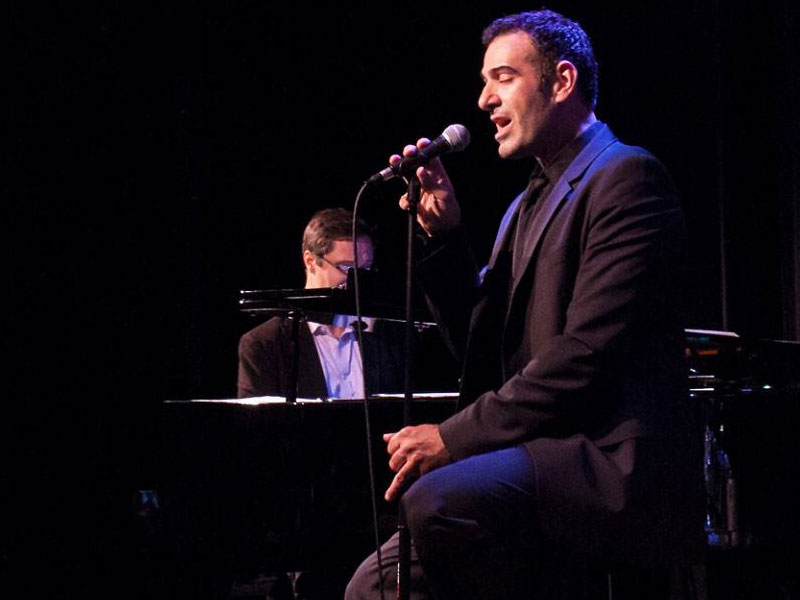 To celebrate the centennial of Nat “King” Cole, four dynamic artists present a unique tribute in honor of Nat’s life and career. Led by vocalist Paul Marinaro, dubbed as having “one of the most beautiful vocal instruments in the business today” (Chicago Tribune), this show features the trio of acclaimed pianist Ben Paterson Music.

Nathaniel Adams Coles was born in the southern United States (Montgomery, Alabama) in 1919. From dropping out of high school in 1934 to pursue his love for music full time, to being a champion of the Civil Rights Movement, Nat “King” Cole will forever be remembered as one of the most celebrated and cherished jazz pianists and vocalists that we will ever see. To celebrate his centennial in 2019, Céline Peterson(daughter of legendary jazz pianist Oscar Peterson) has brought together four dynamic artists to present a unique tribute in honor of Nat’s life and career. Led by vocalist Paul Marinaro, this show delves into the repertoire of Cole’s that many have yet to discover.

Cole’s classic versions of songs we all know and love are the perfect hybrid of simple and intricate. His ability to make his execution of every performance seem almost effortless is what makes the planning of the ideal tribute to him even more challenging. There are certain complexities that his music requires that only select vocalists will be able to properly deliver in such a way that both captures the classic sound everyone wants to hear while ensuring that their own musical styles come through as well. Marinaro’s velvety baritone and lush intricacies have been wowing audiences in Chicago for over fifteen years. Says Scott Yanow of LA Jazz Scene; “Marinaro takes his place among the top five male jazz singers active today.”

Nat “King” Cole established himself first and foremost as a pianist. His “King Cole Trio” was a source of inspiration for many jazz players that followed, including the man holding the piano chair for this show, Philadelphia native Ben Paterson. Paterson’s swinging interpretations of tunes easily recognizable from Cole’s repertoire as well as that of Ray Charles, Oscar Peterson, Stevie Wonder, have guided Ben along the path of solidifying himself as one of the top pianists currently working on the New York jazz scene. One of the greatest challenges that an artist in the jazz genre faces is ensuring that their own style takes center stage while performing songs that many have heard (and that some would consider previously perfected). There are many layers to Ben’s talent, but his rhythmic sensibility and impeccable time are the two that made him the first choice for this particular musical task. Downbeat Magazine says Paterson is “As soulful a pianist/organist as exists anywhere.”

The many firsts that Cole’s career saw for him were more than just the firsts for one man – they were the firsts for an entire race of human beings. In 1956, NBC gave Nat his own television variety show, which would make him the first Black man to host a show of that kind. The same year, Cole was performing in his home state of Alabama, when he was attacked on-stage by not one, not two, but six white men. The planned attack caused Cole to cancel the shows that were to follow and also left him with a back injury. At this time, Nat was one of the highest-paid and most successful working men not just in the United States, but globally. However during this period of deep racial tension and what (at that time) was considered to be one of the most violent times in the US, to many he was just another colored-man taking a spot away from a white man. Through multiple run-ins with the Ku Klux Klan, attacks, tainted career opportunities, and just about every obstacle you could face in the 1950s and 1960s as a person of color, Nat still managed to not only continue performing but doing it better than almost anyone else to this day.

While there are many wonderful tributes to Nat’s music that have taken place, Nat Cole: A King’s Centennial honors the entire legacy of a man who spent his entire career defying odds and paving the way for countless musicians since him to be able to sing their songs in a world where they are not defined by the color of their skin, but by the way in which they choose to utilize their talents. The excellence that Nat “King” Cole demonstrated on a daily basis lives within the hearts and souls of the musicians taking the stage for this show, and it is a privilege to be able to share the music with those who want to listen.