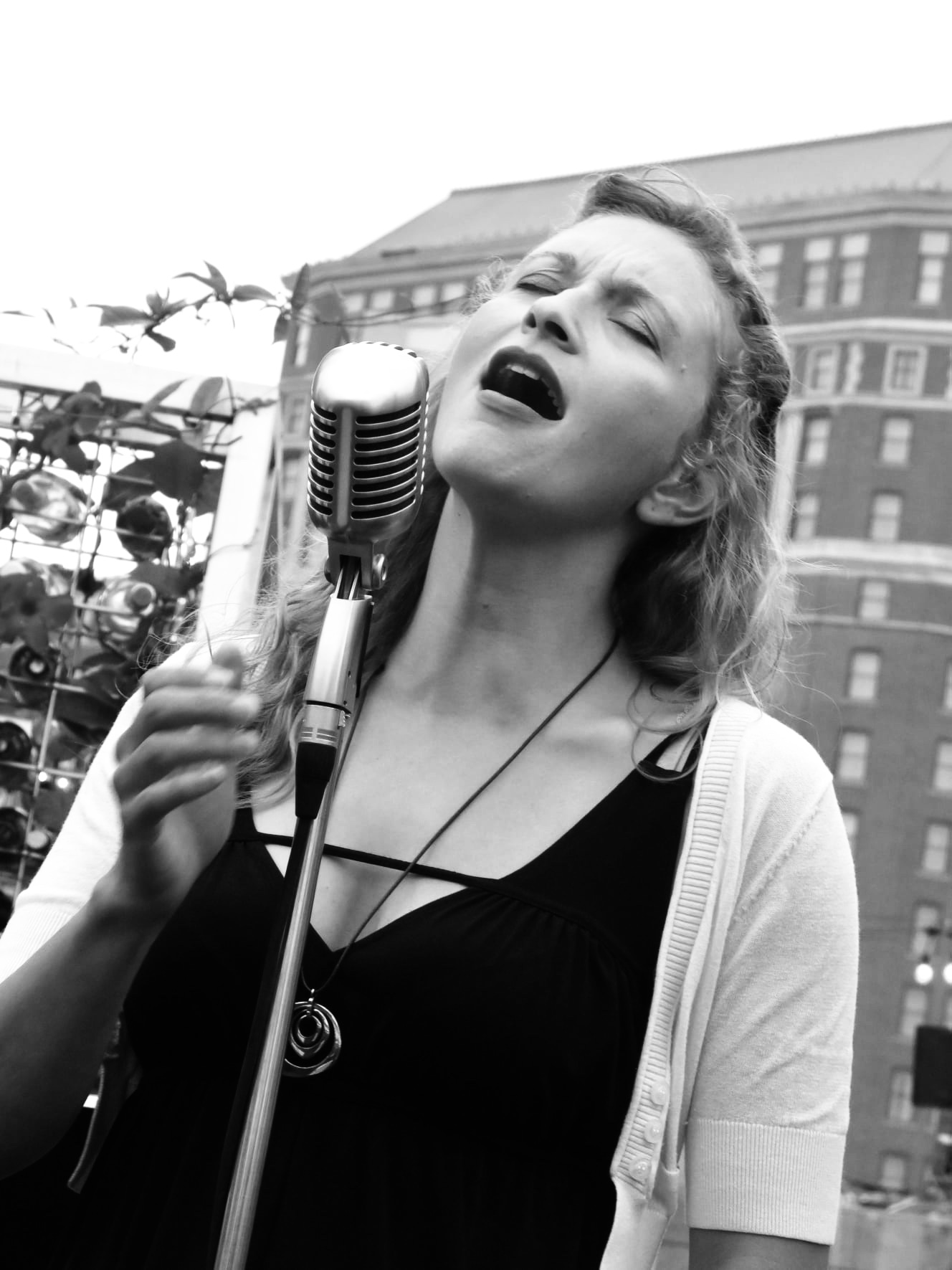 From 8-9 catch Carolyn Lansom’s 2nd performance with Richie English on piano at Bittersweet the only true piano bar in the WNY area! Great drinks and snacks available.

Carolyn Lansom’s multifaceted vocals have resulted in several nominations for the Best Female Jazz Vocalist in the JazzBuffalo reader’s poll. Throughout her decade long jazz career, she has worked with many Buffalo area greats. This includes her trio Dozo My Lady, a dynamic group that has performed at the Northwest Jazz Festival in Lewiston, NY. In 2016 and 2017 she co-produced a series of standing room only shows with the group Sugar Katty Cool, one of which was nominated for the 2017 best jazz performance of the year. Her powerful vocals occasionally grace the bandstand of local favorites My Cousin Tone’.

Carolyn remains a truly versatile presence in the Buffalo music and theatre scenes. As a classical vocalist she maintains a lead position in the critically acclaimed choir of Holy Trinity Lutheran Church in Buffalo, who regularly perform concerts with the Buffalo Philharmonic. Her performances with professional theaters include Art Park, Lancaster Opera House, WNY American Repertory Theatre (ART), Buffalo Chrysalis Theatre, Opera Sacra. She is an alumni of Niagara University’s Theatre Performance program, earning a BFA. You can find out where Carolyn is playing by checking her out on social media as Carolyn L W Lansom and on Dozo My Lady’s webpage. www.dozomylady.wixsite.com/dozo