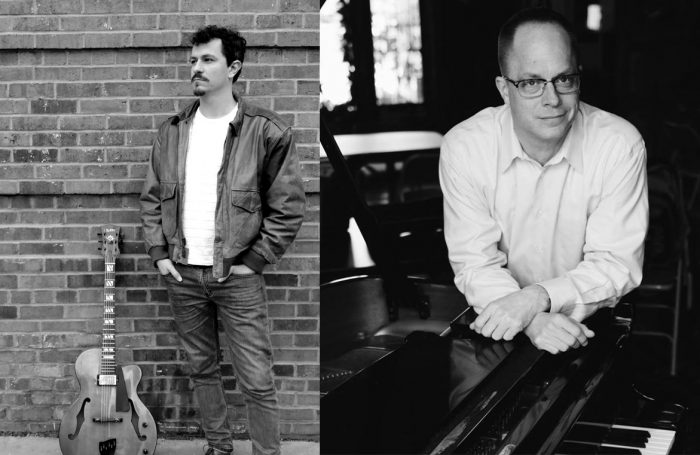 The Ibeji Quartet originated from the collaboration of two Eastman School of Music Doctoral students, the Brazilian guitarist César Haas and the American pianist Ted Perry. The word Ibeji means twins in Yoruba, West African language and religious tradition that was brought to the Americas by West African communities with the process of colonial slavery. The name refers to the similar conditions in which both Brazilian and American music were developed. These two similar yet geographically distant styles of music can be compared to twins separated after birth that take different paths in life and eventually reunite in the form of Jazz and Brazilian Music. The quartet’s repertoire explores the interaction between these two musical world’s with creative arrangements of Jazz and Brazilian Music and original compositions.

Ted Perry
https://www.tedperrymusic.com
Ted Perry brigs together the rich heritage of jazz, blues, and world music into his own unique compositions and arrangements. Ted has performed with musicians such as Ernie Watts, Nick Brignola, Drew Gress, Paul Smoker, John Swana, Dave Santoro, Mike Richmond, Akira Tana, Fred Wesley, and pedal steel guitarist Chuck Campbell of the Campbell Brothers. Ted graduated with a Masters degree from Eastman School of Music in 2013 with an emphasis on Jazz composition and arranging. He continues to expand his writing for small groups, large ensembles, and Studio Orchestra. After spending several years in New York, he has returned to Rochester where he will pursue his DMA at Eastman School of Music with an emphasis on performance. Ted has been in demand as both a pianist and arranger touring parts of the US and internationally. He has performed in New York at a variety of venues such as Somethin’ Jazz Club, the 55 Bar, the Garage, as well as Chris’ Cafe and Ortliebs in Philadelphia. In his current trio, he explores original compositions and standards. Ted is currently writing new music for a CD to be released in the coming year.