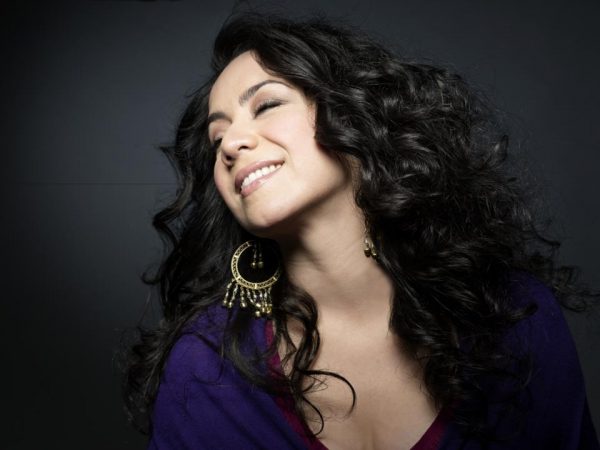 Latin Grammy Award nominee Claudia Acuña, in association with Laudable Productions, will co-produce and perform a two-part musical celebration on March 6, 2021 in honor of International Women’s Day. The event will consist of two distinct concerts entitled “Wind from the South” and “The Art of Bolero,” as well as a few special surprises. Acuña will be joined by Pablo Vergara on piano, Carlos Henderson on bass, Juancho Herrera on guitar, and Rodrigo Recabarren on drums. The concerts will be broadcast live from the historic opera house at the Northampton Academy of Music Theatre in Massachusetts, featuring a six camera shoot to capture the intimacy of both the historic venue and performance. Audience members are invited to join via Zoom, as the artists will have a view of the call through a projection onto the wall of the orchestra pit. 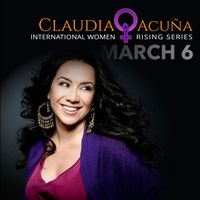 The first show, “Wind From The South,” is a retrospective on Acuña’s five albums as a solo artist, chronicling her journey from her birthplace in Chile to her present-day home in New York City; from her debut album on Verve Records to her most recent Latin Grammy nominated album, Turning Pages. “Wind From The South,” will begin at 3pm EST on March 6.

A special meet and greet conversation will take place, prior to the second performance. The second concert is a tribute to Acuña’s upcoming project, “The Art of Bolero.” Inspired by this romantic musical tradition, Acuña will interpret traditional Bolero songs and include a tribute to the iconic composer/singer Armando Manzanero, along with some contemporary material. “The Art of Bolero” will take place at 8pm, EST that same day.

At 20 years old, Acuña sold all of her possessions and immigrated to the US to pursue her love for jazz. With no knowledge of the English language and little more than her own ambitions, she began appearing at jam sessions and gained recognition as one of the most intriguing and original vocalists on the scene. “She sings in the tradition of the great ones.” remarked Abbey Lincoln, “Her sound is her own.”

Join us in celebrating the vital contributions of women in the arts like Claudia Acuña as a part of the 2021 International Women Rising Festival. Broadcast live from the historic Academy of Music Theatre, this spectacular event weaves together a tapestry of musical performances and conversations with distinguished artists and leaders in gender equity.