Cory Smythe / Peter Evans Duo (THIS CONCERT HAS BEEN CANCELLED) 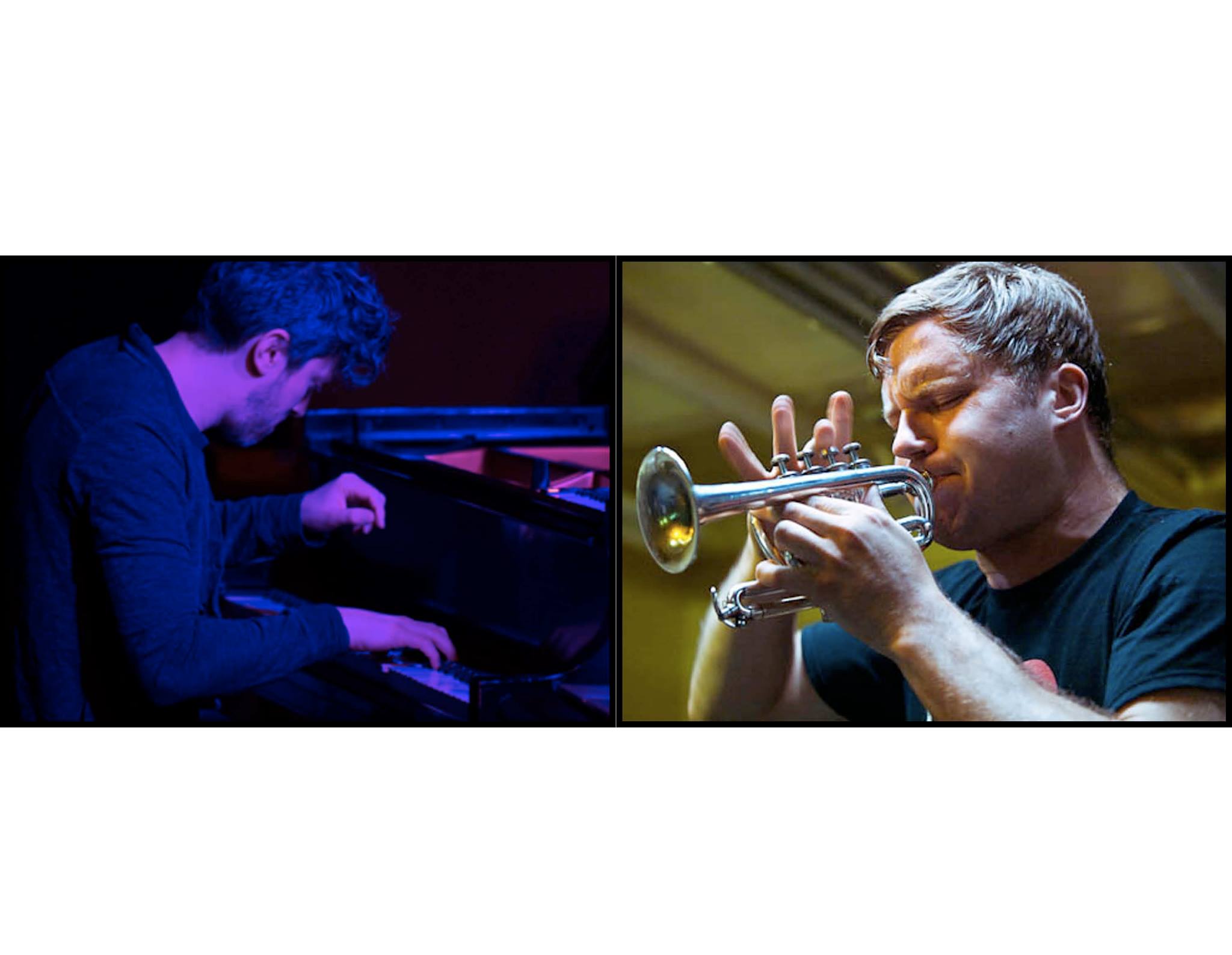 IT IS WITH MANY REGRETS THAT THE CONCERT HAS BEEN CANCELLED DUE TO UNFORSEEN CIRCUMSTANCES.

Hallwalls is excited to welcome this unusual pairing of two widely-acclaimed visionary musicians for an intimate, intense & virtuosic concert performance.

With their recent album Weatherbird, pianist Cory Smythe and trumpeter Peter Evans used “Weather Bird” by Louis Armstrong as a compositional point of departure. The piece, recorded by Armstrong and pianist with Earl Hines in 1928, is something of a landmark in the world of jazz duets. To quote musicologist and Earl Hines scholar Jeffrey Taylor:

“Unmatched in its passion, innovation, and brash sense of fun, “Weather Bird” is perhaps the most famous jazz duet ever recorded… As an intensely focused performance, undertaken without the support or distraction of a rhythm section or any accompanying instruments, it has invited both inquiry into the styles of two of jazz’s greatest artists and a detailed examination of the improvisational process itself.”

Smythe and Evans grasped the spirit of this seminal recording and ran with it, using the material to build a program of new duets for trumpet and piano. The collaboration began in 2014 as a commission from the International Contemporary Ensemble, of which Evans and Smythe are both members.

Peter Evans is a trumpet player and improvisor/composer based in New York City since 2003. Evans is part of a broad, hybridized scene of musical experimentation and his work cuts across a wide range of modern musical practices and traditions. Peter is committed to the simultaneously self-determining and collaborative nature of musical improvisation as a compositional tool, and works with an ever-expanding group of musicians and composers in the creation of new music. His primary groups as a leader are the Peter Evans Ensemble and Being & Becoming. Evans has been exploring solo trumpet music since 2002 and is widely recognized as a leading voice in the field, having released several recordings over the past decade. He is a member of the cooperative groups Pulverize the Sound (with Mike Pride and Tim Dahl) and Rocket Science (with Evan Parker, Craig Taborn, and Sam Pluta) and is constantly experimenting and forming new configurations with like-minded players. He has worked with some of the leading figures in new music: John Zorn, Ingrid Laubrock, Jim Black, Weasel Walter, Ambrose Akinmusere, Matana Roberts, Tyshawn Sorey, Levy Lorenzo, Nate Wooley, Steve Schick, Mary Halvorson, Joe McPhee and performs with both ICE and the Wet Ink Ensemble. He has been releasing recordings on his own label, More is More, since 2011.
more at: https://pevans.squarespace.com

Pianist Cory Smythe has worked closely with pioneering artists in new, improvisatory, and classical music, including saxophonist-composer Steve Lehman, violinist Hilary Hahn, and multidisciplinary composers from Anthony Braxton to Zosha Di Castri. His own music “dissolves the lines between composition and improvisation with rigor” (Chicago Reader), and his first record was praised by Jason Moran as “hands down one of the best solo recordings I’ve ever heard.” Smythe has been featured at the Newport Jazz, Wien Modern, Nordic Music Days, Approximation, Concorso Busoni, and Darmstadt festivals, as well as at Lincoln Center’s Mostly Mozart festival, where he was recently invited to premiere new work created in collaboration with Peter Evans and Craig Taborn. He has received commissions from Milwaukee’s Present Music, the Banff Centre for the Arts, the International Contemporary Ensemble, of which he is a longtime member, and the Shifting Foundation, which supported his 2018 release on the Pyroclastic label (and first album as a bandleader), Circulate Susanna. Smythe received a Grammy award for his work with Ms. Hahn and plays regularly in the critically acclaimed Tyshawn Sorey Trio.
more at: https://corysmythe.com/music