Dale Toliver Band at Jazz in the Pan-Am Room 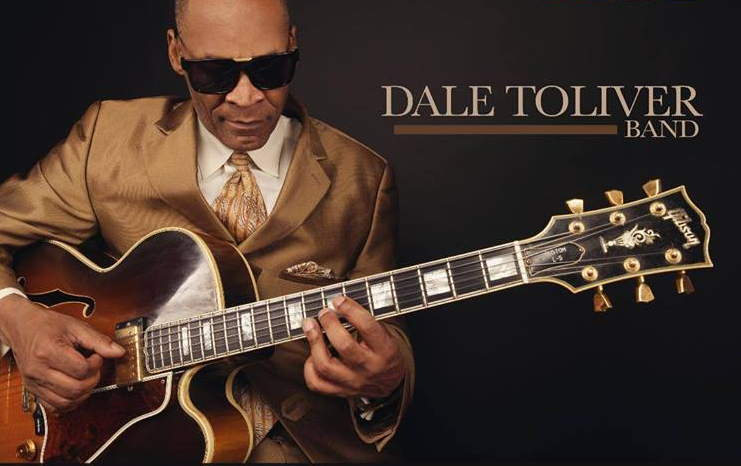 Dale Toliver is an instrumental jazz guitarist influenced by the style of Wes Montgomery and George Benson while developing his own unique sound.  “The Dale Toliver Band” has become of the most sought-after sounds in the region and in several states outside of New York.  Dale will be joined by Al Ferguson, one of the region’s top jazz organists and keyboardists for the past twenty years.  Toliver will present an evening of music paying tribute to the style of Wes Montgomery and George Benson.

Born March 11, 1960, in Buffalo, New York, Dale Toliver began his musical career at the age of nine. Playing the drums for church services and the choir, he developed a musical foundation and skills that would carry him through all of his endeavors. Young Toliver progressed from playing the drums to electric bass and eventually settled on the guitar. He has played the guitar since the age of 17 and has played every kind of music from country to rock to funk and jazz. In the ’70s and ’80s, Toliver traveled across the country as a lead guitarist for the “Moonshine” and “Crosswinds” bands.

Through his musical journey, Dale had various advisors who influenced his style of playing such as Zaindre Yarbrough, O’dell Ross, and Son Smith, the brother of the legendary Dr. Lonnie Smith. While in Los Angeles, California, Toliver studied at the Guitar Institute of Technology (GIT), the Dick Grove Music School, and the Los Angeles Community College (LACC). He trained privately with mentors Joe Pass while at GIT, with the author of “Sight Melodies 1”, Brent Block, at Dick Grove Music School and Jazz Guitar Chairman of the World, Steve Brown, at Ithaca College.

Advancing within his profession, Dale has recorded three CD’s and performed at a wide range of venues from the historic Colored Musicians Club in Buffalo, New York to the Seneca Niagara Resorts & Casino in Niagara Falls, New York to local/regional festivals and international tourist attractions such as Home of the Original Chicken Wings, the Anchor Bar.

Dale aspires to be influential in the lives of upcoming Jazz musicians and encourages constant personal and professional development. He believes that every opportunity to perform live fosters community engagement, musical creativity, and stylistic depth.

Dale will be joined by the great Al Ferguson on keyboards/organ.

Make reservations at the Terrace at Delaware Park via RESY here: