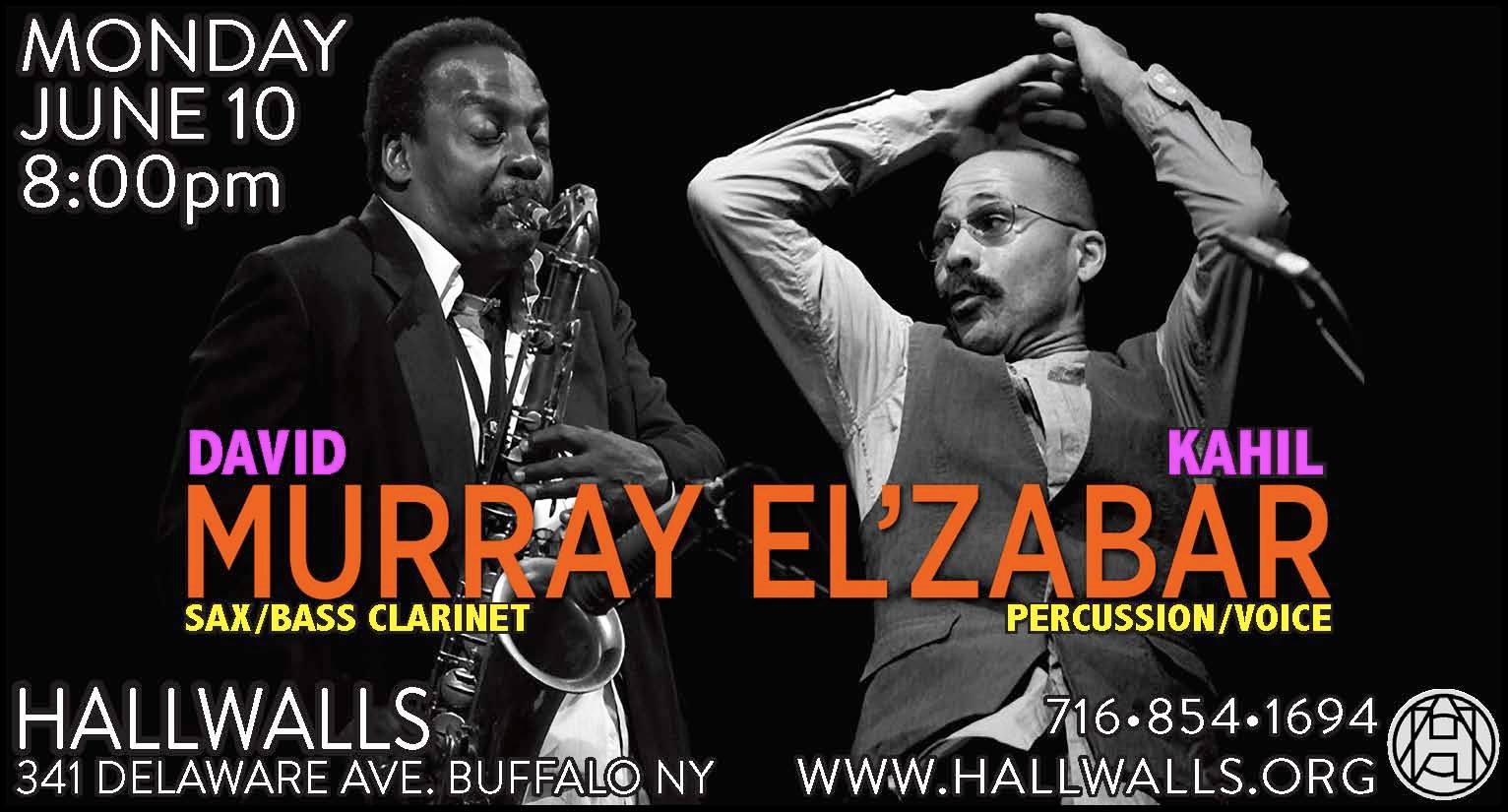 These two modern music masters have been at the forefront of creative exploration and compositional diversity over the past four decades. David Murray and Kahil El’Zabar are recognized by their peers to be consummate virtuosos, who possess and carry the history and the future of Great Black Music. This magnificent duo performs freedom music in its noblest sense, meant to heal and release one from the propaganda of fear currently poisoning our culture. Join us for an evening of music, community and celebration!

“Improvisation is taking care of other people’s ears and their feelings. The audience, those in front of us as we perform, want to be satisfied sonically and have a need to be soothed. Our music will do that; it’s a channel into the brain and the heart”. – David Murray

David Murray is one of the most recorded musicians as a leader in the history of jazz, with well over 200 celebrated projects. Murray was one of the founding members of the World Saxophone Quartet and has worked with greats like, Elvin Jones, Jack DeJohnette, McCoy Tyner, Lester Bowie, Hamiet Bluiett, Jerry Garcia, Max Roach, Amiri Baraka, Randy Weston and Fred Hopkins. He is currently working with Macy Gray as part of his David Murray Big Band. In 2012, David Murray received an Honorary Doctorate Of Music Degree from Pomona College, Claremont, California. He has won numerous awards over his vast career garnering a Grammy Award for the Best Jazz Instrumental Group Performance, for his Tribute to John Coltraneand a Guggenheim Fellowship.