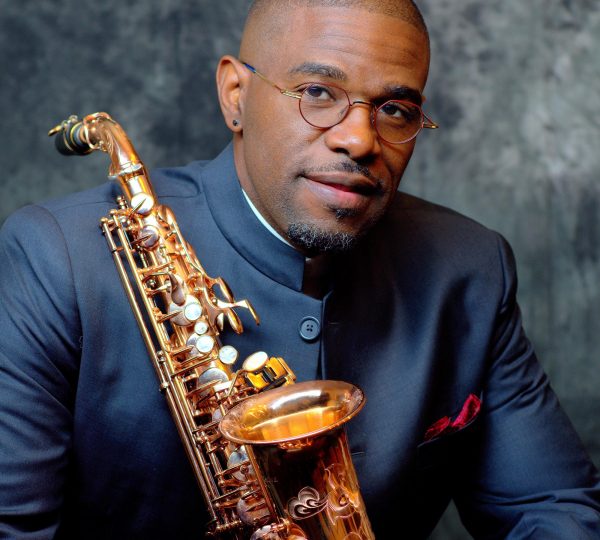 The third episode of our Charlie Parker Desert Island Disks series in the 2020-2021 features selections chosen by alto saxophonist Antonio Hart, one of the most distinguished living practitioners of Parker’s instrument. Over the course of his three decades in the big leagues, Hart has recorded 8 albums as a leader, and many more as a premier sideman with Roy Hargrove, Nat Adderley, the Dave Holland Big Band and Octet, and several all-star configurations devoted to the music of Dizzy Gillespie. Now Director of Jazz Studies at the Aaron Copland Conservatory at Queens College, where he was recruited by his mentor, Jimmy Heath, Hart brings the full measure of wisdom and knowledge gleaned from the perspectives imparted by these experiences to this special homage to the music of Bird.
Desert Island Discs:
In the fall of 2015, the National Jazz Museum in Harlem debuted its version of Desert Island Discs. It’s modeled on an iconic BBC radio show, extant since 1942, which invites eminences from various walks of life to choose—and discuss—the eight records they would bring for a stay on the apocryphal desert island. For the Jazz Museum’s expanded version, the presenters are jazz musicians, who will present a cohort of music, of any genre, that was essential in the formation and evolution of their musical personality.
+ Google Calendar+ Add to iCalendar