Donny Frauenhofer Band Every First Thursday at The Tabernacle 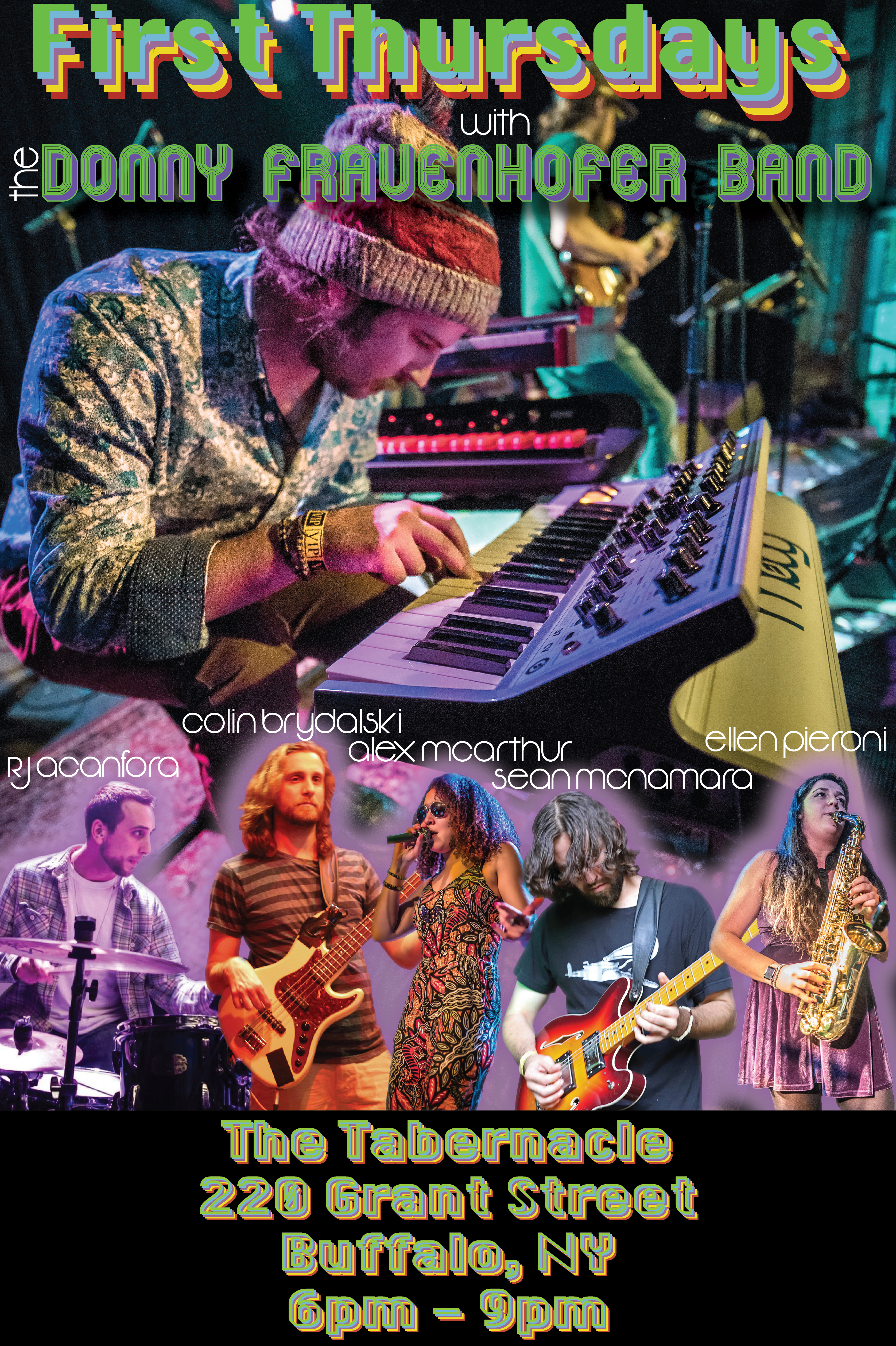 Join the #DonnyFrauenhoferBand AKA #DFB once a month at Buffalo’s coolest new creative space, The Tabernacle at Sweet_ness 7 Cafe! Featuring a rotating cast of Buffalo’s most talented musicians forging a path of originality to explore and create a new age of “the Buffalo sound”.

Join us every #FirstThursday for 2 sets of original music, ranging from jazz and funk to pop and electronic genres. Featuring members of Intrepid Travelers, Folkfaces, Mosswalk, GRAVY, Witty Tarbox, RADARADA, and many others.

Regionally, Frauenhofer can be found performing all over New York State and beyond, playing in too many projects to count. Truly a rarity, Frauenhofer has shown the versatility as a pianist/keyboardist to perform as a side man in both musically complex academic settings with classical and jazz vocalists, as well as being the first call for local and regional tribute projects such as Allman Brothers’ Band, Phish, Steely Dan, Grateful Dead, Herbie Hancock, Prince, Frank Zappa, Weather Report, James Brown, John Williams, as well as plenty more.

Largely known as Buffalo’s best kept secret, the secret may be out. In 2018 Frauenhofer was nominated for “John Hunt Jazz Artist of the Year” – the youngest to be nominated in the poll’s history. Additionally, he’s been nominated as “Best Jazz Pianist”, “Best Jazz Organist”, and “Rising Star” in JazzBuffalo’s Reader’s Poll 3 years running, and received an award for “Best Jazz Fusion Act” with THE TRUTH, a group he helps compose and arrange for. Constantly rejecting and reinventing narrow labels to expand his craft, Frauenhofer truly best represents an incoming generation of musicians that embrace and access an infinite amount of influences”