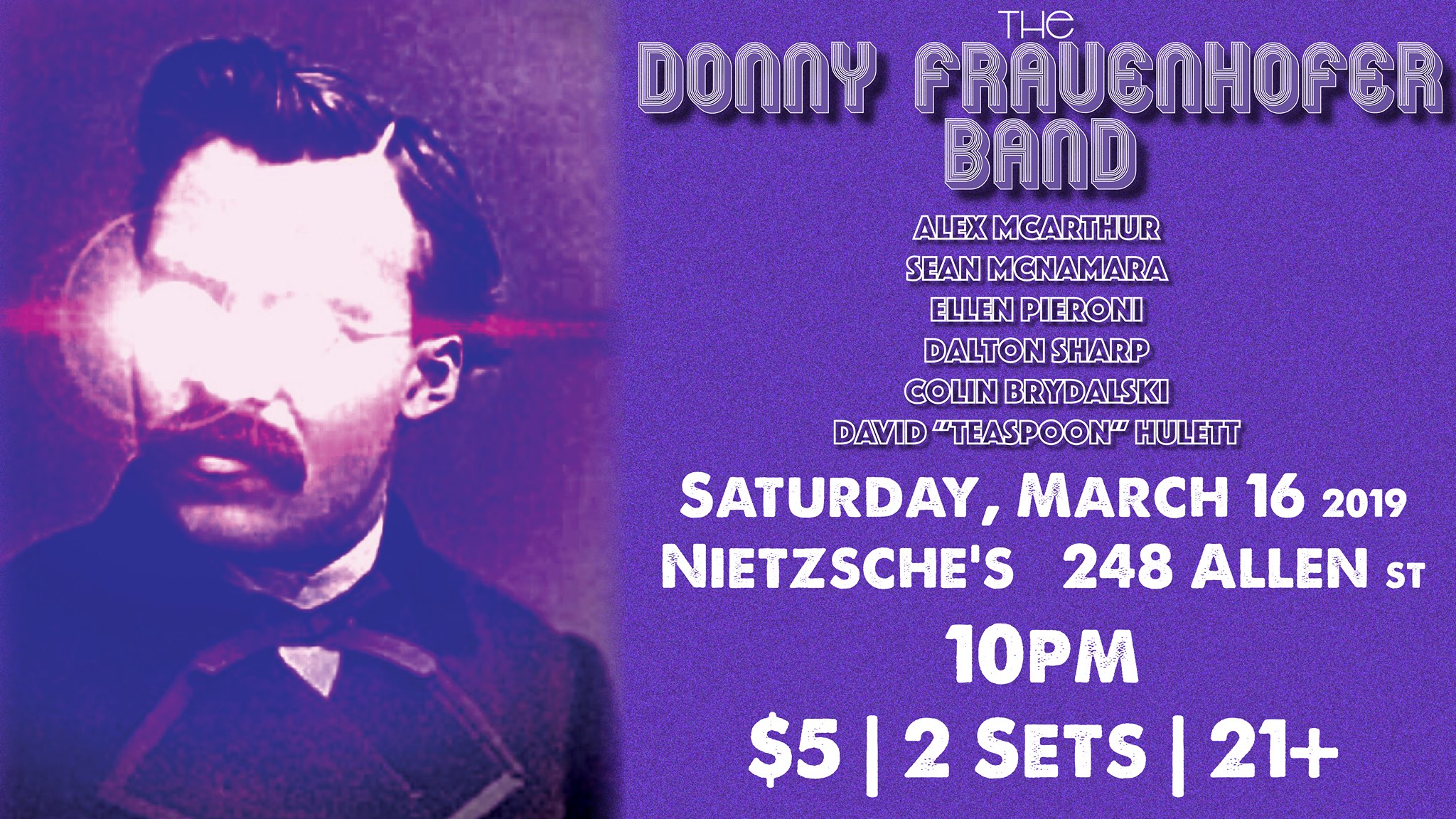 The Donny Fraunhofer and is back! If you’ve enjoyed our Frank Zappa, Aretha Franklin, Little Feat, Tenacious D, or Disco Night tributes of the past, gear up for a full show of ORIGINAL MUSIC! Featuring Cody Barcroft and ShootYaStringBand performing up front between sets!

Only $5 at the door for 2 sets of funk, fusion, jazz on the main stage and 2 sets of pickin up front by the bar!

Donny Frauenhofer is a virtuosic multi-instrumentalist, bandleader, singer-songwriter, composer, arranger, and educator from Buffalo, NY that has been making big waves both regionally as well as nationally in several genres since the start of his professional career. Dipping his toes into multiple scenes, Frauenhofer has become a recognizable name in the jam scene circuit as keyboardist/vocalist with nationally touring act Intrepid Travelers (dubbed “Improvisation Kings” by The Buffalo News Gusto) and their performances at festivals such as Summer Camp Music Festival, Night Lights Music Festival, Some Kind of Jam, Woodhenge Sustainability Festival, among others.

Largely known as Buffalo’s best kept secret, the secret may be starting to spread with nominations for “Best Jazz Pianist” in JazzBuffalo’s Reader’s Poll 3 years running, and an award for “Best Jazz Fusion Act” with THE TRUTH, a group he helps compose and arrange for. Constantly rejecting and reinventing narrow labels to expand his craft, Frauenhofer truly best represents an incoming generation of musicians that embrace and access an infinite amount of influences.

“From all walks of life. To describe his stance otherwise, would be demarkative at best. He might be said to epitomize the phrase ‘if an egg floats, wear it’. His passion for his craft is unwielding and adematous, and he wouldn’t be caught dead in a corner if a butcher asked him twice.”