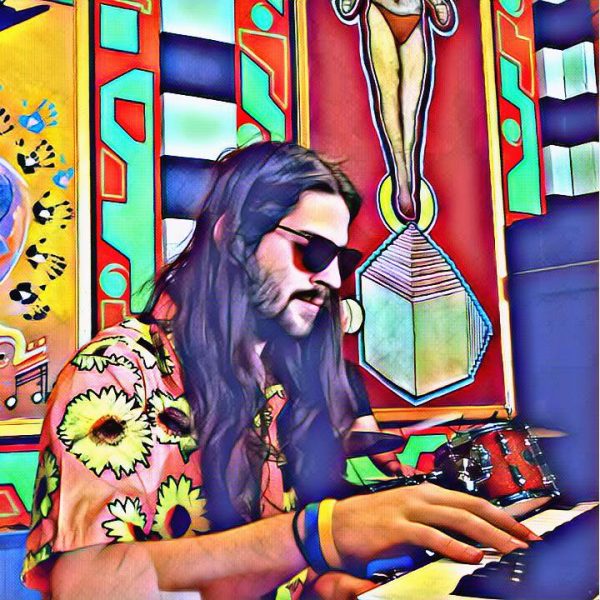 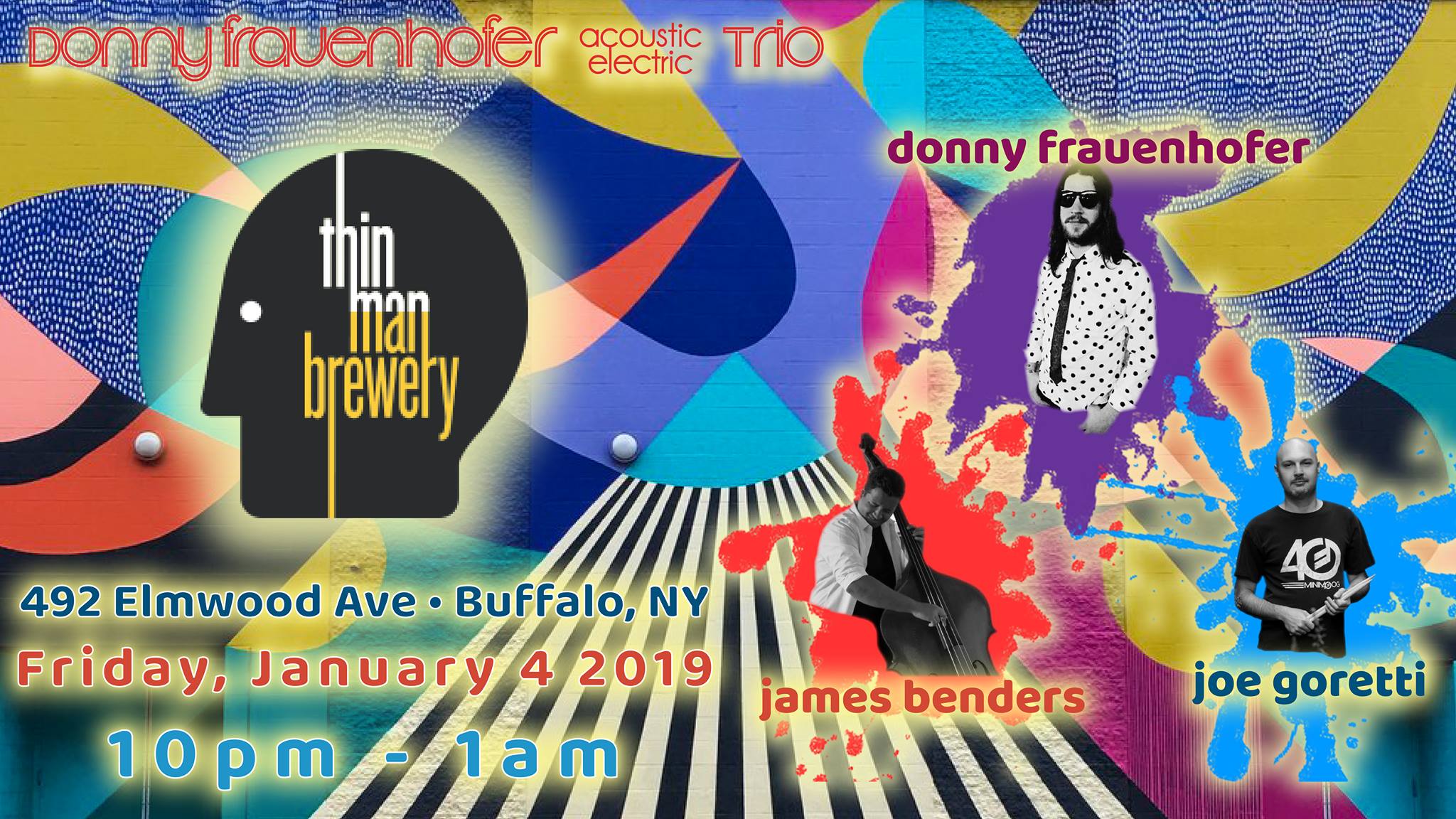 Join the #DF3 as they make their debut at Thin Man Brewery! Playing original jazz-funk fusion with a mix of covers from Herbie Hancock, Chick Corea, Weather Report, Roy Hargrove, among others. Groove all night and let those feet do their thing

“The Donny Frauenhofer Trio is a musical chameleon that focuses on modern jazz funk, taking inspiration from the thick history of American music while looking forward. Frauenhofer is joined by James Benders on bass, a sought-after freelance musician from Buffalo, NY that has toured the world with jazz fusion band Gruvology, and Joe Goretti on drums, whose impressive resume includes performing and touring around the world with Moby, Ne-Yo, Robyn, AJR, Ingrid Michaelson, Sam Moore, and the Temptations; and has also performed on hit television programs such as Saturday Night Live, The Tonight Show with Jay Leno, The Late Show with Dave Letterman, The Today Show, LIVE with Kelly & Michael, VH1 Big Morning Buzz, PBS Front Row Center, MTV Online Awards, and the iTunes Festival. Together, the three musicians, each considered top of their class in WNY, combine to form a sound that is dynamic, aggressive, confident, and above all else – grooves hard.”

“Donny Frauenhofer is a virtuosic multi-instrumentalist, bandleader, singer-songwriter, composer, arranger, and educator from Buffalo, NY that has been making big waves both regionally as well as nationally in several genres since the start of his professional career. Dipping his toes into multiple scenes, Frauenhofer has become a recognizable name in the jam scene circuit as keyboardist/vocalist with nationally touring act Intrepid Travelers (dubbed “Improvisation Kings” by The Buffalo News Gusto) and their performances at festivals such as Summer Camp Music Festival, Night Lights Music Festival, Some Kind of Jam, Woodhenge Sustainability Festival, among others.

Largely known as Buffalo’s best-kept secret, the secret may be starting to spread with nominations for “Best Jazz Pianist” in JazzBuffalo’s Reader’s Poll 3 years running, and an award for “Best Jazz Fusion Act” with THE TRUTH, a group he helps to compose and arrange for. Constantly rejecting and reinventing narrow labels to expand his craft, Frauenhofer truly best represents an incoming generation of musicians that embrace and access an infinite amount of influences.”