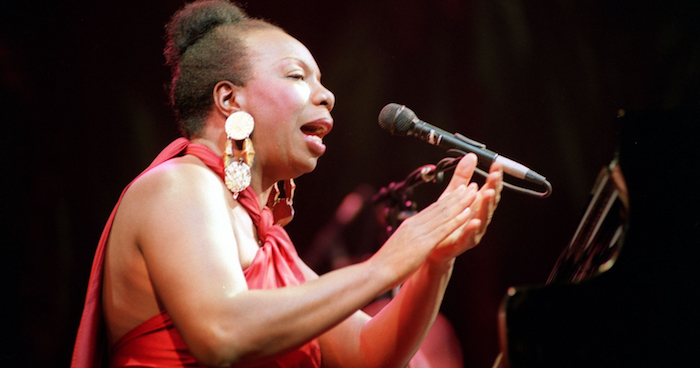 STATUS: The scheduled concert tonight, A Tribute To Nina Simone Featuring Drea d’Nur, at MusicalFare Theatre IS STILL ON at 8 pm. For those who have not been there before, the best entrance to the theater will be off of Getzville Road – down the street From Main Street. There are two very large parking lots, which will be plowed and accessible. The strongest of the anticipated storm is expected overnight in the early morning hours. We will start the concert promptly at 8 pm and ensure a full performance that ends on time with enough time to make it home safely before the worst of the storm. Let’s hope this is one of those times the storm “misses” us by a few miles. Thank you!! 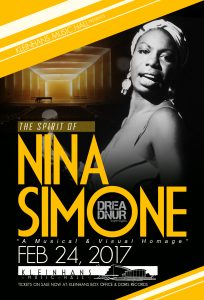 Drea d’Nur is the creator of the musical reviews “The Spirit of Nina Simone”, which was performed at Kleinhans Music Hall, and “Dear Nina: A Sonic Love Letter to Nina Simone”, which was performed at the Albright-Knox Art Gallery to a capacity audience.  She has also recorded the highly celebrated CD “Day of d’Nur.”  In June of 2018, Drea d’Nur headlined for the Nina Simone Celebration Festival in Simone’s hometown of Tryon, North Carolina.

Most recently, Drea d’Nur performed to an overflowing audience of 250 people at the Hotel Henry Jazz Concert Series produced by JazzBuffalo.

Drea d’Nur’s work has gained national and international praise. Her local work highlights the rich history of Black music and art in Buffalo. She is the 2017 Spark Awards Artist of the Year and has performed overseas, released two independent music projects, produced two short films about Nina Simone, directed a music video, and has album credits on the new Gorillaz album, HUMANZ. 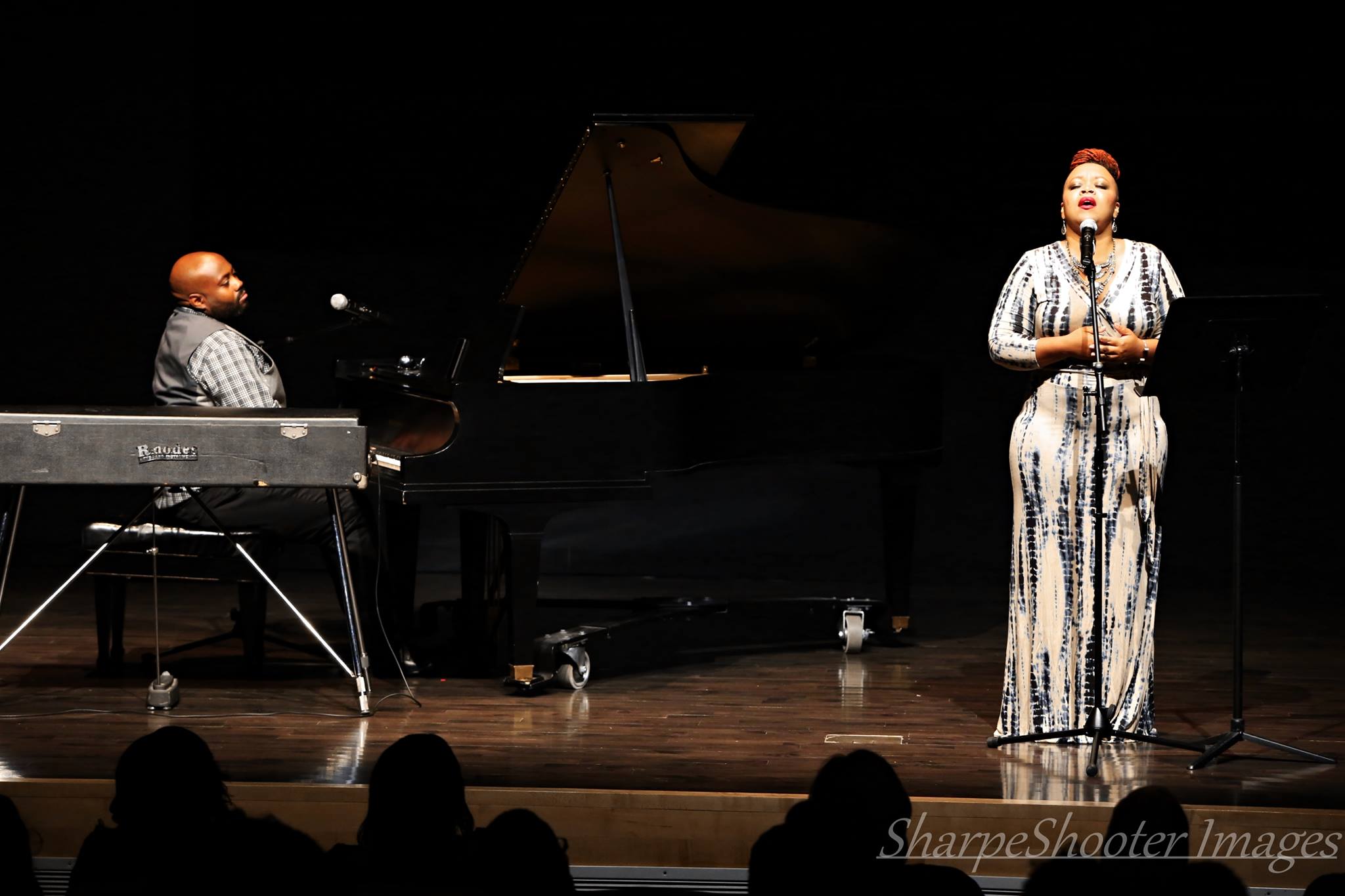 This is a rare opportunity to hear Drea d’Nur perform her much celebrated tribute to Nina Simone: “Drea Sings Nina” in the intimate setting of the MusicalFare Theater Premier Cabaret Lounge.  She’ll be joined by her musical friends Toney Rhodes on piano, Jerry Livingston on bass, and Carl “Flute” Johnson on drums.

This concert is sure to be a powerful and memorable musical experience.