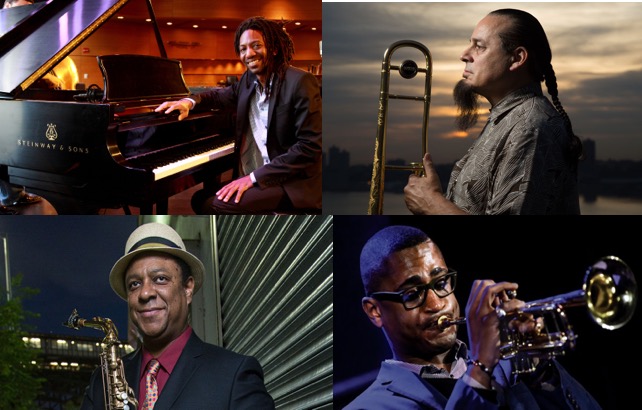 Elio Villafranca and the Jass Syncopators 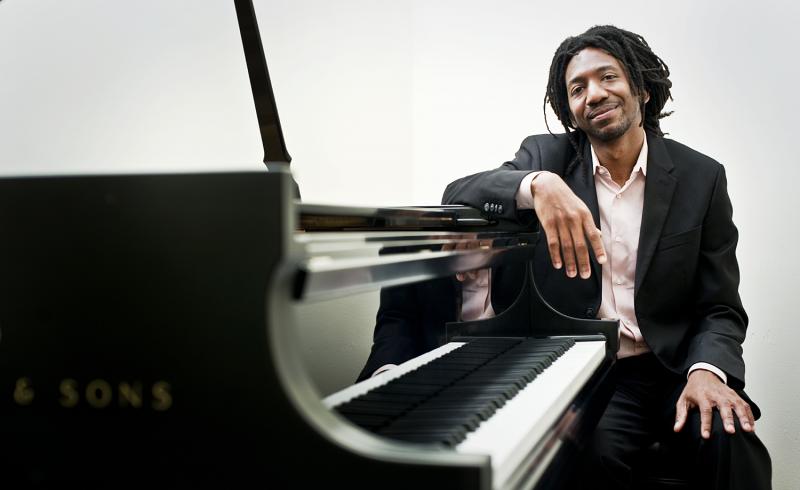 Pianist and composer Elio Villafranca is an inspired and visionary musician. With his band, The Jass Syncopators, Elio expands what Jelly Roll Morton called The Spanish Tinge to what Elio calls The Caribbean Tinge. The band swings hard and brings a traditional yet innovative style to the roots of jazz and Afro- Caribbean music. I am profoundly moved by Elio’s vision and musicianship. He is a treasured member of the family here at Jazz at Lincoln Center.”
– Wynton Marsalis

Soon after the legendary New Orleans pianist and composer Jelly Roll Morton infused the roots of jazz with his so-called “Spanish Tinge” during the early 1900s, syncopated rhythmic patterns from the Afro-Caribbean diaspora began to play an important role in the entire foundation of jazz music. The incorporation of Afro-Caribbean rhythms began to show up in the work of jazz legends from Duke Ellington (working with Puerto Rican trombonist and composer Juan Tizol) to Dizzy Gillespie (in collaboration with the Cuban percussionist and composer Chano Pozo).

Acclaimed jazz pianist and Cuba native Elio Villafranca created his ensemble, the Jass Syncopators, to explore the Afro-Caribbean rhythms that influenced the earliest jazz musicians in their approach to their music while building upon his previous compositional work. His seventh studio album, “Caribbean Tinge”, and the most recent release of “Cinque”, are the continuation of Duke Ellington’s syncopated approach to jazz music and Jelly Roll Morton’s “Spanish Tinge” concept but applied to a more contemporary musical idiom.

Villafranca hopes this music will transport the musicians and audience to the different homelands where these diverse rhythms originated as he shares the many musical treasures he has inherited and loves from the Caribbean and Cuba, where he began his musical career.  Villafranca’s work has earned him wide-acclaimed for his “Cinque” project and he is a 2018 Downbeat Critic’s Poll winner.

Villafranca has assembled an all-star ensemble of jazz headliners to represent the Jass Syncopators.  On sax will be Vincent Herring – one of the top alto sax players in jazz history and who succeeded Cannonball Adderley in the famous Nat Adderley Quintet.  Steve Turre’ is recognized by the Downbeat Critic’s Poll as the top trombonist in both the straight-ahead and in the Latin Jazz World and also serves as music director for the Saturday Night Live Band on NBC.  Peter Slavov is a world-renowned bassist and Dion Parson is a legendary jazz drummer who has performed with many of the jazz greats over the past twenty-five years, as well as, led his own bands.  Gabo Lugo is a widely sought-after percussionist and educator.  The ensemble will also feature trumpeter Bruce Harris, one of the five jazz artists Wynton Marsalis claimed you must know today in jazz, that will make for a dynamic 3-horns front-line. 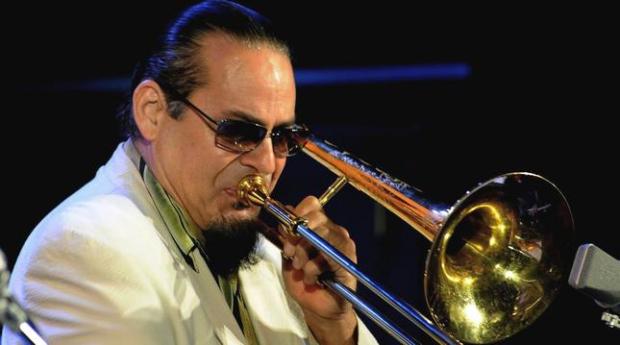 A headlining performance not to be missed at this year’s 2018 Northwest Jazz Festival in Lewiston, NY!