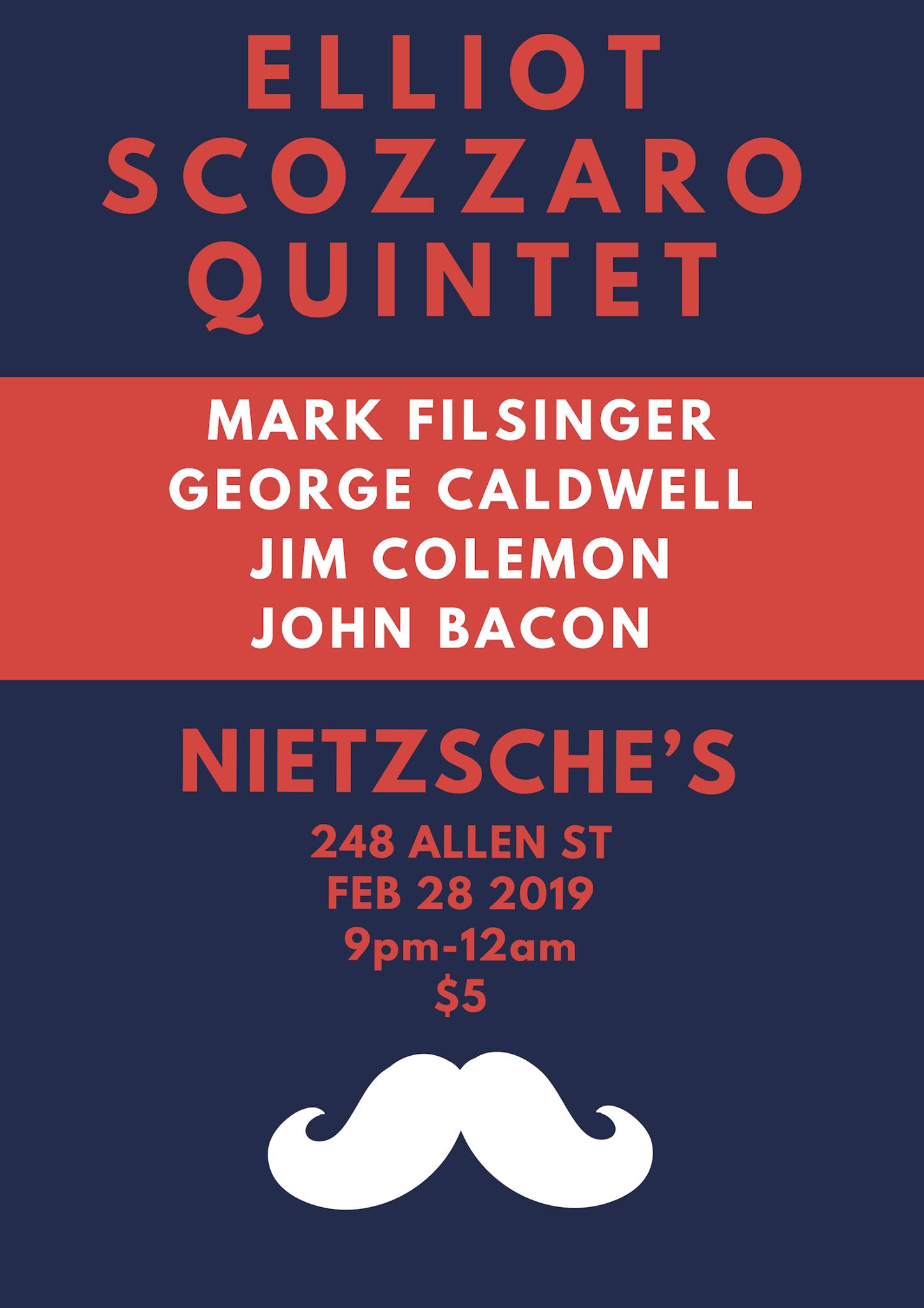 $5
21+ unless accompanied by a parent/guardian

Following his time in Columbus, Elliot received a Master of Music in Jazz Studies at the University of North Texas, where he played lead alto saxophone in the seven time Grammy-nominated One O’ Clock Lab Band. As a member of the One O’ Clock, Elliot headlined the Generations in Jazz Festival in Mount Gambier, Australia, was featured as a soloist on Lab 2016, and performed with Dennis Mackrel, James Morrison, Danilo Perez, and Sean Jones. While at UNT, Elliot also served as a Teaching Fellow of Saxophone, directed the Five O’ Clock Lab Band, and studied under Brad Leali.

Throughout 2018, Elliot played second alto saxophone in the renowned Glenn Miller Orchestra, directed by Nick Hilscher. While a member of the GMO, Elliot toured the United States, Canada and Japan, and performed in venues such as Yoshi’s Oakland, Severance Hall, the Cotton Club (Tokyo), and Bunkamura Orchard Hall.