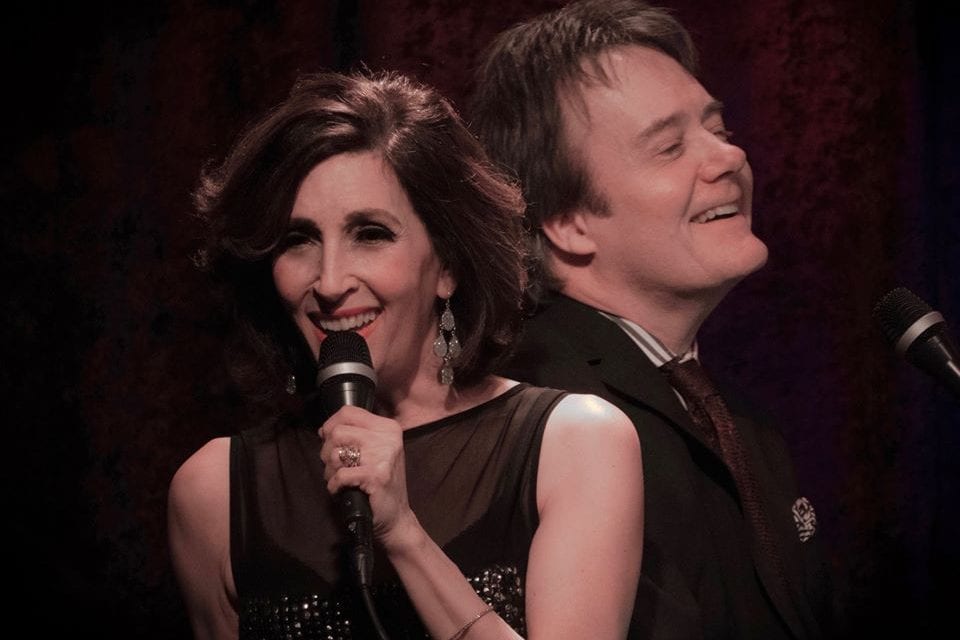 An acknowledged champion of the American Songbook and one of the top performers of popular music working today, Eric Comstock is as entertaining as he is musically savvy, and his audiences feel they’ve been to a terrific party where the music and the stories have been equally great. Eric melds jazz and pop, whether at the piano leading a trio or quartet, or as a standup vocalist.

With his enviable command of both pop and jazz repertoire, Eric performs and records with some of the world’s finest jazz musicians, such as Andy Bey, Frank Wess, Houston Person, Peter Washington, Wycliffe Gordon, Matt Wilson, Ken Peplowski and Harry Allen. His CDs include No One Knows, All Hart, Young Man Of Manhattan, and  bitter/sweet, a vocal/guitar collaboration with Randy Napoleon.  Eric also appears as a guest vocalist on Barbara Fasano’s CD Written In The Stars. Eric is the co-creator and star of three critically acclaimed shows which tour coast to coast: Our Sinatra (4 years Off-Broadway); Made for the Movies: A Hollywood Songbook, and Singing Astaire.

Eric is a regular performer at New York’s best nightclubs, and together with his frequent musical partner, Barbara Fasano, he was among the last performers to headline at the Oak Room at The Algonquin Hotel.  Their fast-paced and swinging exploration of the jazz and pop songbooks have audiences standing and cheering from coast to coast.   The New York Times’ Stephen Holden raves, “exhilarating” and compares Comstock to one of his idols, Bobby Short. “Mr. Comstock and Ms. Fasano are turning the neighborhood into a hotbed of pleasure.”

Born in Manhattan and raised in New Jersey, Eric’s New York appearances include Carnegie Hall, Rose Hall, the Allen Room, Dizzy’s Club Coca-Cola, Merkin Hall, Alice Tully Hall, Symphony Space, Café Sabarsky, Birdland, Iridium and the 92nd Street Y. He has been a frequent headliner at Lincoln Center’s “American Songbook” series, and at concert halls and jazz festivals from coast to coast such as Caramoor, Cooperstown Music Festival, Sheldon Concert Hall and Jazz at the Bistro in St. Louis, and both Kravis Center and the Royal Room at the Colony Hotel in Palm Beach.

As a performer and commentator, he has been featured on BBC, Radio France, CBS’s Early Show, CNN’s Showbiz Today, and NPR’s Weekend Edition, Fresh Air and JazzSet. Published essays include appreciations of Mel Tormé, Cole Porter, Freddy Cole, Bobby Short and E.Y. Harburg. Eric is profiled in Will Friedwald’s Biographical Guide to the Great Jazz and Pop Singers.

“Barbara Fasano sings with such deeply felt belief in her material that the art she practices is closer to pure expression than interpretation.  Her take on ‘Photographs’, in which she brings at least three levels to the song at the same time, is worth the price of the CD.”
~ David Hajdu, music critic for The Nation

“Drawing on influences ranging from Sarah Vaughan and Lena Horne to Barbra Streisand, Fasano is a thoughtful intepreter of lyrics … Backed by some heavyweight jazz improvisers, Fasano finds the jazz/cabaret possibilities in everything from Joni Mitchell’s ‘Cactus Tree’ and Jimmy Webb’s ‘Time Flies’ to Nellie Lutcher’s ‘Hurry On Down’ … ” ~ Alex Henderson, NYC Jazz Record

“The range of songwriters is traffic-stopping.  As a singer always at the top of her game, on this CD she’s doing the best singing she’s ever done …  intelligent, lush and sexy.” ~ David Finkle, Huffington Post

“Barbara Fasano shows on Busy Being Free that she has a jazz sensitiblity.  She makes such songs as “How Little We Know,” “Remind Me” (taken as a touching ballad), “Dancing In The Dark,” and “The Surrey With The Fringe On Top” sound fresh and lightly swinging.  Whether it is Joni Mitchell’s “Cactus Tree,” Alec Wilder’s “Photographs,” or Nellie Lutcher’s “Hurry On Down,” Barbara Fasano displays a powerful and pleasing voice that suits the vintage material well.” ~ Scott Yanow, LA Jazz Scene