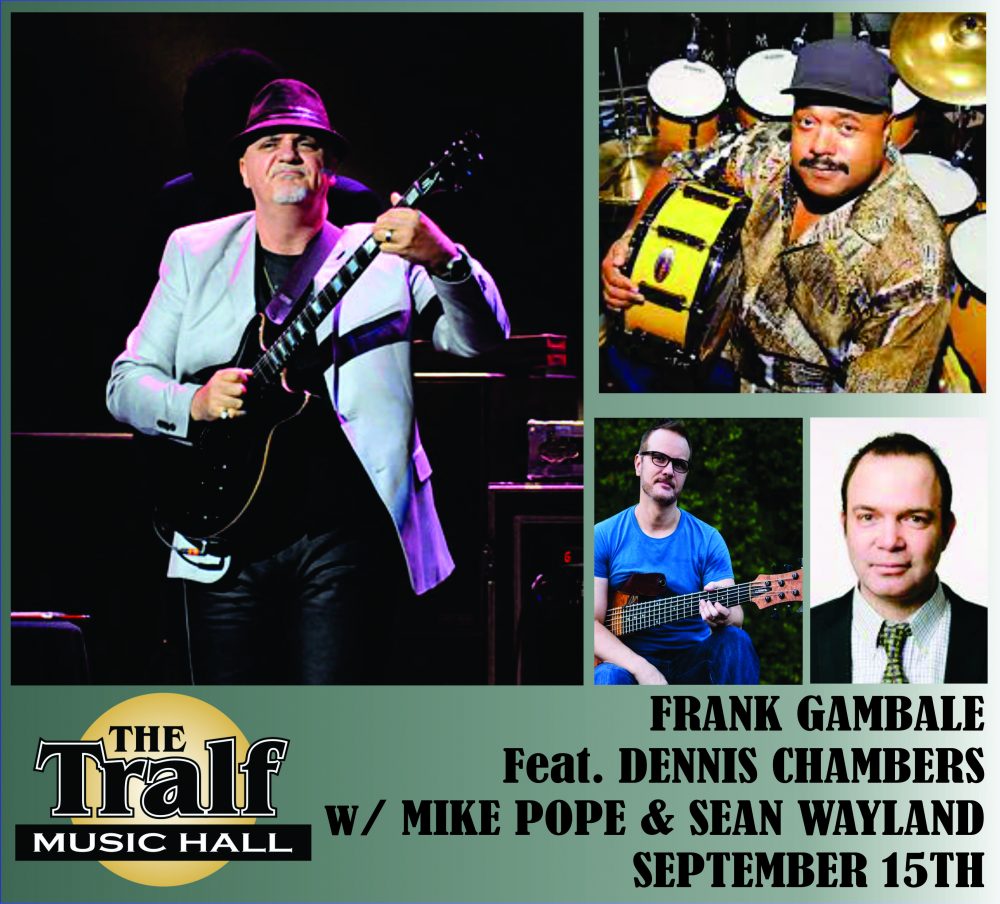 Gambale is an inspired songwriter with more than 250 songs published on 20+ albums. His music touches on many styles from rock, funk, and jazz to R&B and some Latin and Brazillian influences. As a legendary guitarist, Gambale is an undisputed genius who originated the “Gambale Sweep Picking Technique” Which continues to inspire new generations of musicians. Jazz, rock, metal and progressive artists alike are united in their awe of Frank as both an amazing technician and an unsurpassed musician.
Dennis Chambers (born May 9, 1959) is an American drummer who has recorded and performed with John Scofield, George Duke, Recker Brothers, Santana, Parliament/Funkadelic, John McLaughlin, Niacin, Mike Stern, CAB, Greg Howe, and many others. Despite a lack of formal training, Chambers has become well known among drummers for his technique and speed.

This will be an amazing combination of musicianship