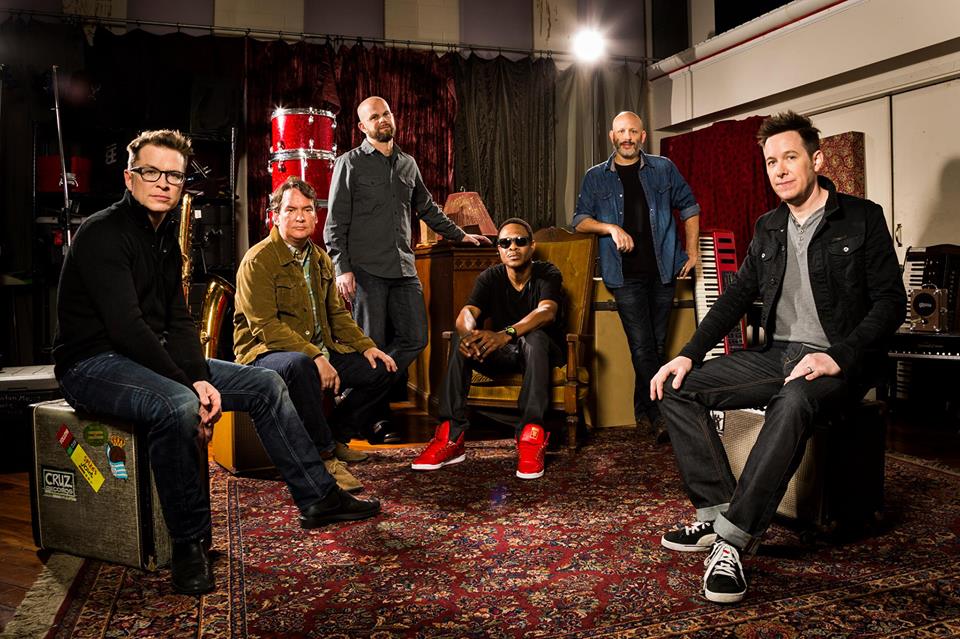 About Galactic:
It’s been more than 20 years since Ben Ellman, Robert Mercurio, Stanton Moore, Jeff Raines and Rich Vogel began exploring the seemingly limitless musical possibilities born out of their work together as Galactic. Since then, the seminal New Orleans band has consistently pushed artistic boundaries on the road and in the studio, approaching their music with open ears and drawing inspiration as much from the sounds bubbling up from their city’s streets as they do from each other.

A key part of that creative spark comes from the teamwork of Mercurio and Ellman, whose ever-evolving production and arranging skills helped usher the band into a new phase of studio work beginning with the loop-centric “Ruckus” in 2007. A series of albums focused around specific concepts like Carnival followed, as did collaborations with guests hailing from worlds outside the one Galactic calls its own.

On “Into the Deep,” the band members look within themselves instead, drawing inspiration from people and ideas that have long been close to their hearts – and, in turn, close to the development of their unique sound. Shot through with soul, funk, blues and rock, the result is an organic riff on elements of Galactic’s past, filtered through the lens of where they’re headed in 2015.

“I see this album as a kind of culmination of all of our collaborations or experiences, from [trombonist] Corey Henry to the people we met on the road, touring,” says Mercurio, referencing Ellman’s first full-time gig in New Orleans, which kicked off when Henry hired him into the Little Rascals Brass Band in 1989.

“The previous albums took us in the opposite direction,” Mercurio says. “We collaborated with rappers that we had never dealt with and even on the New Orleans tracks, we didn’t have working experience with most of those artists before the recordings.”

In contrast, “Into the Deep” contributors like JJ Grey, David Shaw and Maggie Koerner spent significant time touring with Galactic. A few years ago, Mavis Staples sat in with the band, all of whom are longtime fans of the legendary singer’s R&B-meets-gospel soul style. They caught up with Macy Gray when she performed a memorable concert at Tipitina’s where Ellman says he could see from the outset “how much she cares about the music.” And each of the players had also developed a deep appreciation for the Honorable South’s Charm Taylor, whose contribution, “Right On” was written specifically to suit her vibe.

“Quint Davis [the producer of] Jazz Fest always has a couple people he books at the festival that aren’t big names but that Quint knows are going to be super cool,” says Ellman. “That’s how we met Brushy One-String. We originally wanted to bring him in to do anything, just to see what would happen. But when we heard his song ‘Chicken in the Corn,’ we really wanted to do our version of it.”

In the end, he joined them on the road for over a month, collaborating with the band onstage at each show.

For the instrumental tracks, Galactic mined the interests and tastes they’ve cultivated together for years in New Orleans. “Buck 77” was written via improvisation, a long-standing cornerstone of their live shows. The funky bass line and tumbling guitar part on “Long Live the Borgne,” meanwhile, represents an updated, more composed take on some of the concepts that made early albums like “Coolin’ Off” so strong.

As for the opener “Soogar Doosie,” Ellman points out Galactic tends to record at least one track on each album that speaks to the band’s collective love of brass band music.

“We write [those songs] with the idea of how awesome it would be to hear the Rebirth going down doing the street in a second line playing one of our songs. We try to think of a real second line song that would get people slapping stop signs and dancing on cars,” he says.

The album, Ellman says “is all about people. It’s these connections we’ve made over 20 years. They’re people in our orbit that have come into our little world and affected us in some way.”

It’s also about how the individual musicians within Galactic have grown over time. When it comes to trying new approaches as players, producers, songwriters and arrangers, Ellman muses, “it’s an evolution.”