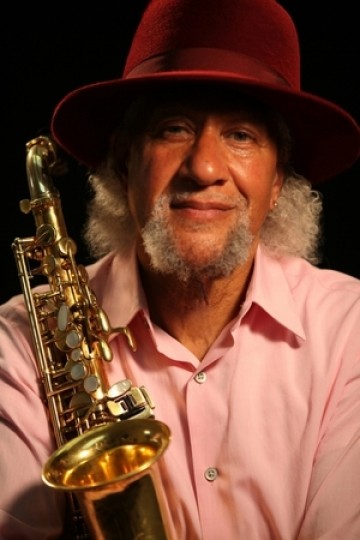 Co-presented by the Pappy Martin Legacy Jazz Collective and Burchfield Penney, part of a three-day John Coltrane festival in celebration of the jazz icon’s 92nd birthday

Alto saxophonist Gary Bartz attended the Juilliard Conservatory of Music and became a member of Charles Mingus’ Jazz Workshop from 1962-1964 where he worked with Eric Dolphy and encountered McCoy Tyner for the first time. He also began gigging as a sideman in the mid-’60s with Abbey Lincoln and Max Roach, and later as a member of Art Blakey & the Jazz Messengers. His recording debut was on Blakey’s Soul Finger album. Tyner formed his famed Expansions band in 1968 with Bartz on alto. In addition, Bartz also formed his own bands at this time and recorded a trio of albums for Milestone, and continued to tour with Max Roach’s band.

In 1970, Miles Davis hired Bartz and featured him as a soloist on the Live-Evil recording. He formed the Ntu Troop that year as well, an ensemble that fused soul and funk, African folk music, hard bop, and vanguard jazz into a vibrant whole. Among the group’s four recordings from 1970-1973, Harlem Bush Music: Taifa and Juju Street Songs have proved influential with soul jazzers, and in hip-hop and DJ circles as well. From 1973-1975 Bartz was on a roll, issuing I’ve Known Rivers and Other Bodies, Music Is My Sanctuary, Home, and Another Earth, all stellar outings. He meandered for most of the 1980s, coming back in 1988 with Reflections on Monk. Since that time, Bartz has continued making records of quiet intensity and lyrical power — notably Red & Orange Poems in 1995 — and has become one of the finest if under-noticed alto players of his generation.

Curtis Lundy is arguably one of the most prolific — in-demand bassists on the modern jazz scene — he is a disciple of the mainstream — straight-ahead — hard bop school. Highly regarded for his robust, lyrical, ‘lead from the front’ approach to the acoustic bass — he delivers an unsurpassed brand of masterful excellence in performing standards, originals, and the American songbook. His fluid voicings and exceptional dexterity allow listeners to delve into a song — in any time signature — with an equal measure of challenge and enjoyment.

A native of Miami, Florida Lundy was nurtured in a musical family and began playing music early in life. Ultimately, he made the bass his instrument of choice in his early teens.

The Grammy-nominated composer, arranger and recording artist studied music at the University of Miami. He left Miami in the late 1970’s for New York City — the Jazz Mecca — where quickly established his formidable talents. Soon thereafter he came to the attention of legendary vocalist Betty Carter. He quickly won her confidence and during this celebrated association — he rose to prominence –anchoring the rhythm section — with colleagues John Hicks on piano and Kenny Washington on drums. He is prominently featured on the Carter signature original “Tight’ memorialized on the iconic recording “the Audience with Betty Carter.”
Lundy also gained notoriety as co-leader of ‘Horizon’ — which became an extended model of Art Blakey’s Jazz Messengers– with renowned alto saxophonist and University of Miami Classmate — composer, arranger and recording artist — Bobby Watson – the band featured many of the young Turks and masters of the New York jazz scene in the 70’s, 80’s and 90’s – The band also featured Vibraphonist Steve Nelson and his sister vocalist Carmen Lundy.

His credentials as a sideman and his recording pedigree are impeccable – it places him among an elite roster of contemporary jazz luminaries — Lundy has performed and recorded with — Pharoah Sanders, Johnny Griffin, Cyrus Chestnut, Larry Willis, Wallace Rooney, Warren Wolfe, Steve Nelson, as well as his sister renowned Vocalist Carmen Lundy. Lundy’s arrangement of “Walk with Me,” recorded by the Arc Gospel Choir was sampled by Rapper Kanye West became the Grammy Award – Winning hit “Jesus Walks.”
calls Lundy “one of the most spiritually uplifting bassists on the jazz scene today.”

He also serves as the International Music Director for the Pappy Martin Legacy Jazz Collective.

For the 2018 John Coltrane birthday celebration, guitarist Greg Millar and tenor saxophonist Nelson Rivera will collaborate to recreate a classic album from 1958 (released in 1963) that featured Coltrane paired as a sideman with legendary guitarist Kenny Burrell. The material on this album features classic compositions by Burrell, pianist Tommy Flanagan, and a pair of lesser-known standards.”This material should definitely be experienced “, states Millar  “in its original recorded format, and our group will give our best interpretation of this masterful recording. It’s an idea I’ve had for quite some time and my thanks go out to all the festival organizers for allowing us to present it”.

Sehrea N’dayu is the 16-year-old daughter of vocalist Drea D’Nur, one of Buffalo’s most decorated creatives. A vocal major at Buffalo Performing Arts, as a seventh-grader Sehrea self-published her first book of poetry entitled, “Lone Warrior,” selling several copies at SUNY Buffalo State. In early 2018, she produced, performed and mixed her first solo EP and is currently working on a follow-up body of work. Sehrea has graced prominent stages, from Buffalo’s Kleinhan’s Music Hall in the Spirit of Nina: A tribute to Nina Simone to sold-out audiences at Joe’s Pub in Manhattan.

Jai Robinson, a 17-year-old senior year at Nichols High School, trains in jazz, tap, contemporary/lyrical, ballet and hip-hop at the Future Dance Center. Jai danced intuitively before taking any classes. He took breaking at the age six and started battling in Battle @ Buffalo at Verve Dance Studio. Jai has had formal dance instruction for 8 years and is also a part of the Nichols High School Advanced Dance Performance Program. In 2014, he was awarded National Freestyler of the year and invited to join the Tremaine Dance Convention’s Performance Company. In 2018 Jai was awarded the 2018/2019 Senior Male National Dancer Of The Year Award and invited to a weeklong dance intensive in Los Angeles.