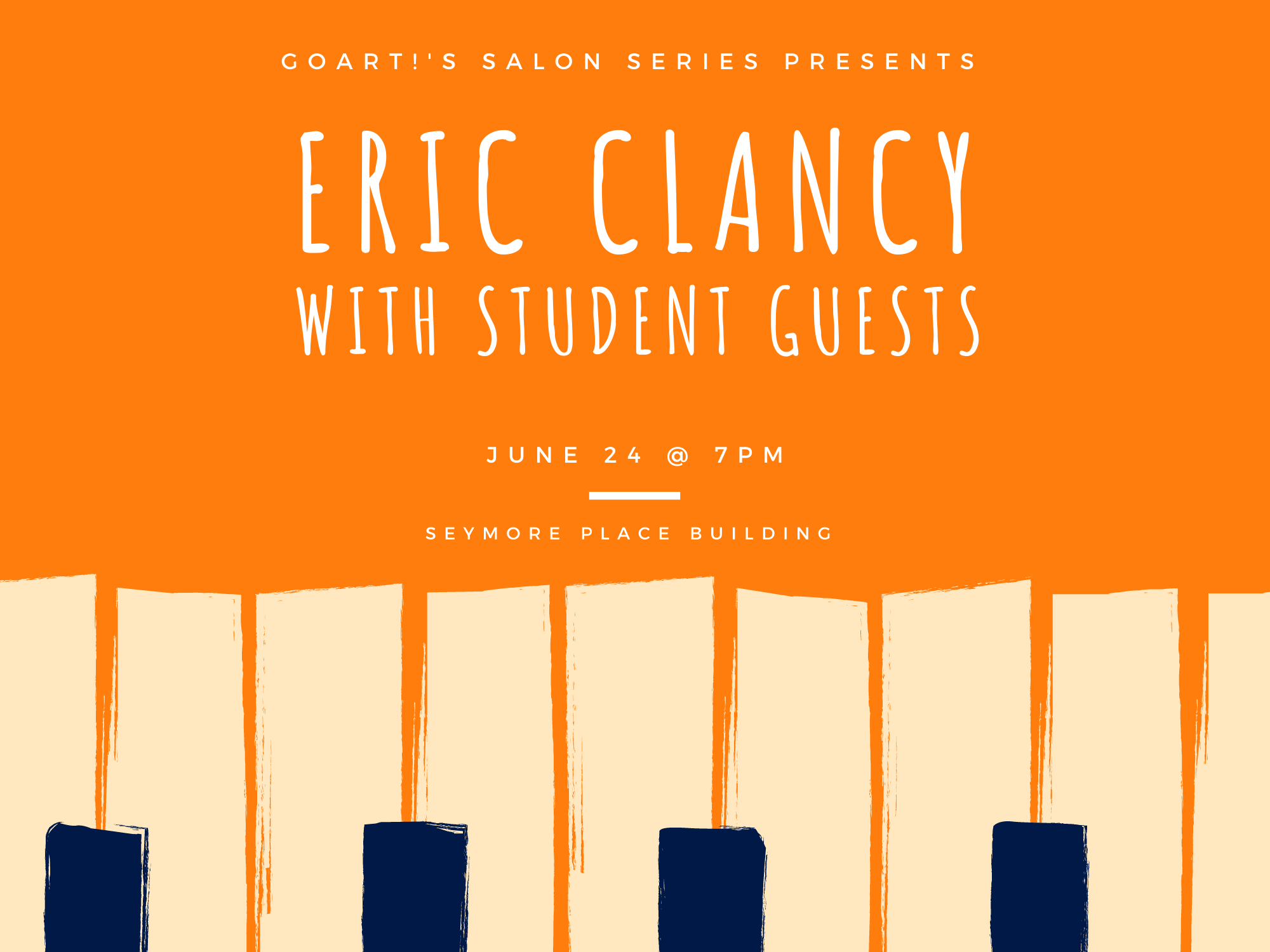 On June 24th at 7pm GO ART! will offer the 1st in our Master Class Salon Series, sponsored by M&T Bank. These elegant, intimate performances now feature the addition of exceptional high school performers who participate in a Master Class during the day and perform with the featured artists at night. This kick-off performance will feature Jazz Pianist Eric Clancy. Eric will work with high school vocal student Ariana Frias before they perform at GO ART! The performance will be followed by a reception catered by D&R Depot including a complimentary beverage from our bar, Tavern 2.o.1.

Eric Clancy has been working steadily as a full time jazz musician in the North Eastern Indiana area for over 30 years. He studied piano technique in his early years to his late 20’s, and later took lessons with Jazz masters in the Chicago area, including the great Kenny Werner—Berkley adviser and one of the top jazz piano players/educators in the country. In the last 30 years Eric has taught jazz theory and coached ensembles at Huntington University, Indiana Purdue University Fort Wayne, judged High School Jazz Combos for some of Fort Wayne’s largest Public schools and consulted and advised many local top jazz programs. He also teaches privately, and has many successful students who have placed into local/regional and national careers in music. Eric has been the music director at Club Soda, one of Fort Wayne’s premier Jazz clubs for over 13 years. He plays with many regional and local bands in the area, both as a side man and also under his own name—as well as the Eric Clancy Trio.

Our featured student artist for this event, Ariana deSa e Frias, is a singer who will be attending the University of Pennsylvania this Fall, majoring in Political Science and minoring in Vocal Jazz music. Ariana placed 2nd the American Protegè International Vocal Competition. Through her time in high school Ariana has been an avid participant in music programs, most recently starring in Production Club’s Sister Act. She has also been in Mock Trial, NHS, and Tri-M Honor Society as well as being a member of the tap dance company Sole Talk. She is a voice student of Lauren Hoerbelt and Diane Abrahamian.

Tickets are on sale now for $60, which includes the performance, a catered reception and a complimentary beverage at Tavern 2.o.1 More information and ticketing can be found at goart.org/events/salon-series-eric-clancy. We hope to see you there!