An event every month that begins at 2:00 pm on day Last of the month, repeating until Friday, December 24, 2021 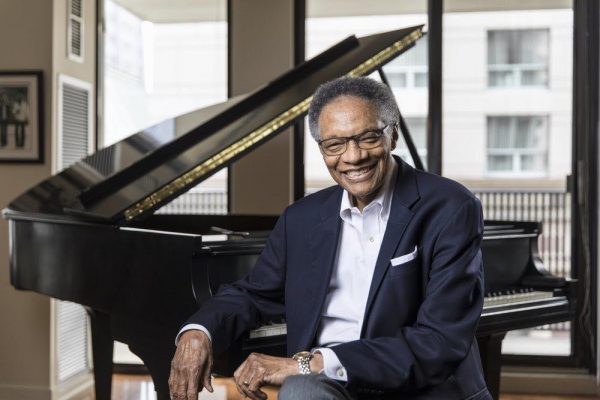 GRAMMY® Award-winning pianist and NEA Jazz Master Ramsey Lewis continues his live streaming ticketed solo performances with a second season of twelve shows announced for 2021. The “Saturday Salon” will take place on the last Saturday of every month and feature a 60-minute performance at 1:00 PM Central Time.

Lewis will provide audiences with an exclusive concert experience streaming on Stageit. The ticketed online platform, StageIt, is one of the most respected platforms in the business and is being utilized by artists such as GRAMMY® Award-nominees Sara Bareilles and Rage Against The Machine/Springsteen collaborator Tom Morello, recent Golden Globe “Best Original Song” winner Common, Rock and Roll Hall of Fame inductee Daryl Hall and GRAMMY® Award-winner Jason Mraz. Tickets are $20 per show and on sale today at StageIt.com/RamseyLewis. Season passes are also available for purchase until January 30th for $200.

A portion of the proceeds from each performance will benefit The Jazz Foundation of America. The JFA is one of the leading non-profit organizations focused on aiding jazz musicians in this international time of need. Every aspect of the music industry has been impacted by COVID-19 and the JFA is focused on providing much needed emergency, health, housing and job assistance to jazz musicians who have lost a large portion of their income due to a lack of live performances.

Ramsey recently said, “Throughout my career people have always been there to help me. Now that I’ve retired from touring, my wife Jan and I thought since I’m still playing every day anyway why not share it with my fans and help those in need.” 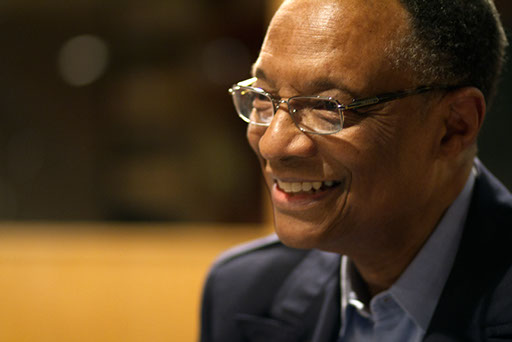 January 30 – Love Notes – Ramsey writes a musical note in this beautiful show expressing his love through music, his romance with his wife Jan, and his labor of love with the art form that has made him a jazz legend.

February 27 – West Side Story And Other Stories Of Love – Inspired by William Shakespeare’s play Romeo and Juliet, West Side Story’s music was written by the legendary Leonard Bernstein. Ramsey revisits this classic musical and other stories of love in his February, Valentines month, show.

March 27 – Most Requested Songs – The Great Performer plays his greatest hits as well as fan favorites requested through his social media sites and StageIt.

April 24 – Songs From The In Crowd – In the mid 60’s, Lewis was the nation’s most successful jazz pianist, topping the charts with “The ‘In’ Crowd”. The single sold over one million copies, and was awarded a gold disc. Now Ramsey is revisiting this classic record with a very special Saturday Salon – Ramsey Lewis Plays Songs From The In Crowd!

May 29 – The Incurable Romantic – Ramsey has always been an artist who lives and philosophizes love and romanticism. He has swooned us for decades with song and this show features some of his all time favorite love songs of his and other artists.

June 26 – Songs From Black Orpheus And Other Movie Themes – Black Orpheus won the Academy Award for Best Foreign Language Film in 1960. Equally memorable was the soundtrack album, which featured the music of two of Brazil’s top composers, Antonio Carlos Jobim and Luiz Bonfa. In this show Ramsey plays his interpretations of his favorite songs from the soundtrack and other movie themes.

July 31 – The Beatles Songbook Volume II – The Beatles are the best-selling band in history, with estimated sales of over 600 million records worldwide. Their music has captivated generations. Now three time Grammy winner Ramsey Lewis returns with an exciting new show celebrating some of the greatest songs ever written by The Beatles. The songs were carefully chosen from The Beatles catalogue for their instrumentation and arrangements to be seamlessly intertwined with extraordinary piano brilliance of NEA Jazz Master Ramsey Lewis.

September 25 – An Hour With Ramsey Lewis – Released in 1959, An Hour with the Ramsey Lewis Trio was considered a landmark album. It was one of the first records ever to have a total running time of nearly an hour, instead of the standard half an hour that was common to most albums from that period. In this show Ramsey packs his classic hits and deep cuts into 60 glorious minutes.

October 30 – In Love With Love – For lovers only, Ramsey explores the greatest human emotion in this show of the most beautiful love songs.

December 24 (special Friday edition) – More Sounds Of Christmas – For this performance Ramsey revisits his classic Holiday record More Sounds Of Christmas. One of the best-selling Christmas jazz albums with his classic trio of Redd Holt and Eldee Young who serve up a tight set of grooves based around Holiday favorites like “Winter Wonderland,” “Santa Claus Is Coming to Town,” “Sleigh Ride,” and Lewis’ “Christmas Blues”

Ramsey Lewis has been an iconic leader in the contemporary jazz movement for over 50 years with an unforgettable sound and outgoing personality that has allowed him to crossover to the pop and R&B charts. The Ramsey Lewis Trio, with bassist Eldee Young and percussionist Redd Holt, became a fixture on the Chicago jazz scene, releasing their debut album, Ramsey Lewis & His Gentlemen of Jazz, back in 1956. Lewis earned his first gold record, as well as a Grammy award for Best Jazz Performance, for their swinging version of Dobie Gray’s hit “The In Crowd.” He returned to the pop charts in 1966 with versions of “Hang On Sloopy” and “Wade In The Water.” After Young and Holt left Lewis’ trio to form their own group, the pianist hired a new rhythm section with Cleveland Eaton on bass and Maurice White on drums. When White left the band to form Earth, Wind & Fire, Morris Jennings signed on as the trio’s new percussionist. White returned to produce Lewis’ 1974 smash album entitled Sun Goddess, in which Lewis first experimented with electronic keyboards and featured members of Earth, Wind & Fire on the album. In 1983, Lewis returned to the studio with Young and Holt for the album Reunion. Throughout his illustrious career, Lewis who is a NEA Jazz Master, has also joined forces with countless other artists to create new and innovative music. In 1984, he collaborated with Nancy Wilson on The Two of Us, in 1988 he recorded with London’s Philharmonia Orchestra for the album A Classic Encounter, and in 1989 Lewis and Dr. Billy Taylor cut a set of piano duets in We Meet Again. In 1997, Lewis added disc jockey to his resume, hosting a popular show on Chicago’s WNUA-FM that ran until 2009. You can hear Ramsey Lewis’ latest recording with the Urban Knights VII available now via Ropeadope Records https://fanlink.to/RamseyLewis_VII.

About StageIt™
StageIt is the premier ticketed livestreaming platform and community. Founded in 2009 for artists, by artists,  StageIt is on a mission to enable live intimate experiences, providing a stage for every creator and a front row seat for every fan. As an early industry leader StageIt offers a platform for artists to perform live, interact with fans and monetize shows, while creating unique experiences for fans that are never archived. To learn more visit stageit.com or follow on Instagram, Facebook and Twitter.