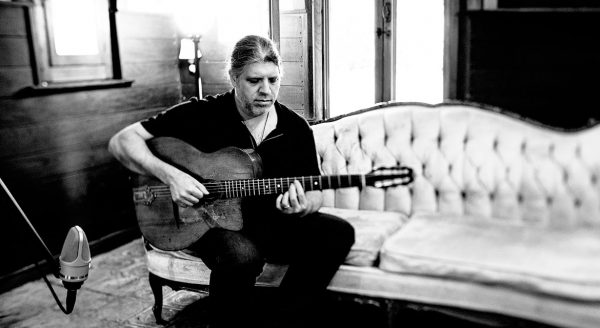 From Monday, May 11th through Friday, May 15tht, heralded guitarist Stephane Wrembel will present a very special series of interactive mini-concerts on weekdays at 12:00 p.m. (French) and 3:00 p.m. (English) EST performing from the early repertoire of the legendary master of the guitar, Django Reinhardt, who has long been considered one of the most influential musicians of the 20th century.

Mr. Wrembel will select compositions included in his 2019 release, Django l’impressionniste, a recording that put the spotlight on 17 little-known solo pieces Reinhardt recorded between 1937 and 1950. Wrembel is the first interpreter who has performed all of these solo pieces and collected them in one definitive masterwork.

For each mini-concert, Wrembel will perform one or two songs unfolding the richness of the harmonies and the melodies for each of the pieces. He will discuss the astonishing structures, the relationship to the esoteric and mythological world, and will translate all the beauty and the incredible sophistication of each composition. He will also field questions from the virtual audience.

The concert series will be streamed live on his Facebook page at facebook.com/stephanewrembel/. Subsequently, the videos will be made available on his YouTube channel.