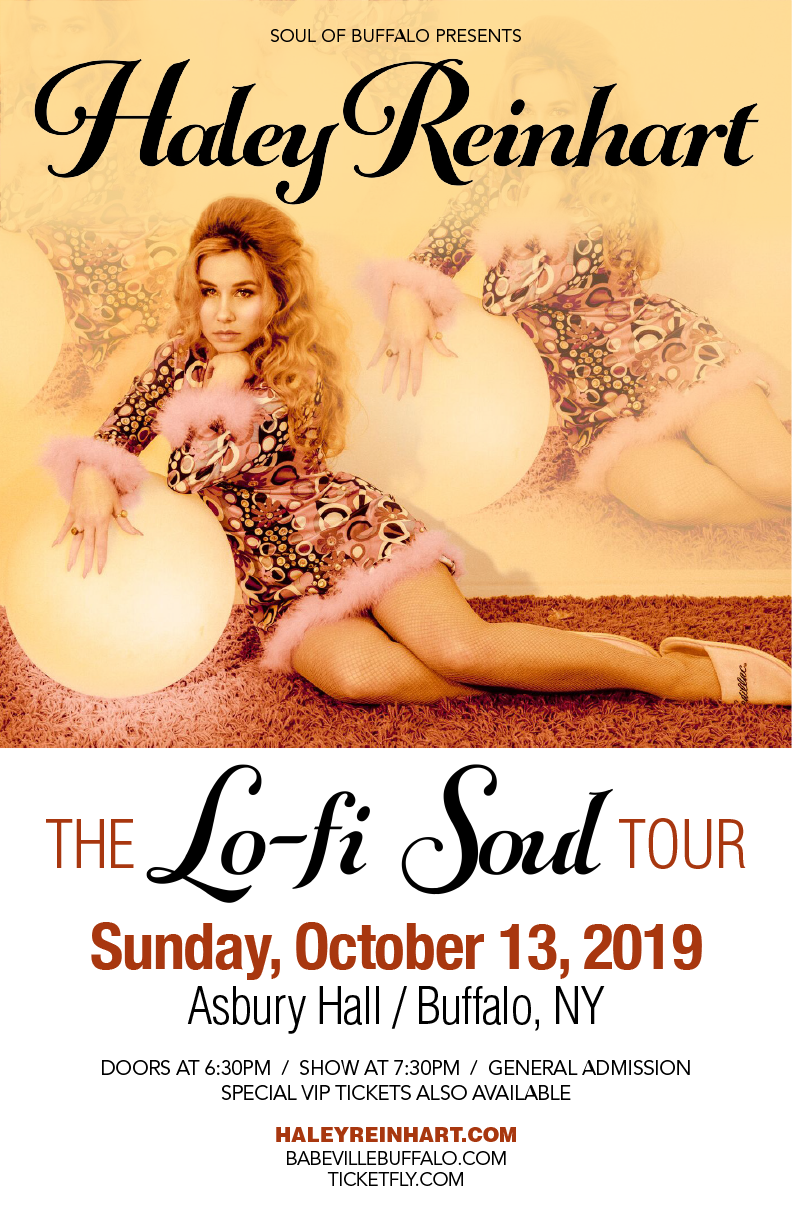 With a powerhouse voice somewhere, and somehow, between Amy Winehouse and Janis Joplin, 28-year-old Chicago-born singer / songwriter HALEY REINHART’s music feels just as at home in the fifties and sixties as in the Snapchat age. The expansive scope of her range and eclectic talent comes into full focus on her fourth, self-produced album for Interscope Records – Lo-Fi Soul – released in spring 2019.

The most recent single and video from the record – the dreamy and richly orchestral “Honey, There’s The Door” (see below) invokes easy comparisons to iconic, generational bombshells like Marilyn Monroe and Briggitte Bardot, both playfully referenced in the lyrics.

“There’s an ‘Old Hollywood’ feeling to the song, but a cheeky and funky flare to the lyrics,” she continues. “It’s flirtatious and playful, but also shows my sense of humor. It’s another aspect of my personality. I’m essentially saying, ‘I love you, but if you don’t treat me right, your ass is out the door’. It goes back to this idea of feminine self-worth and fierce female mentality.”

In many ways, Haley Reinhart began working towards Lo-Fi Soul as a child. Mom and dad shared a band, and, unsurprisingly, their daughter could sing before she could talk. Haley spent countless hours engaged in rhyming games with her mother or locked into calls-and-response with her dad. Her fascination with all things vintage and classic continued as she became a fan of everyone from The Beatles and Led Zeppelin, to Janis Joplin and Sly & The Family Stone.

The platinum-certified, now Los Angeles-based singer and songwriter exudes a level of charisma and confidence earned by a quiet, decade-long grind. Along the way, her dynamic presence has powered three solo albums—Listen Up! [2012], Better [2016], and What’s That Sound? [2017]. Meanwhile, Reinhart’s take on the Elvis Presley classic, “Can’t Help Falling In Love,” received a platinum plaque from the RIAA and has generated over 150 million Spotify streams, and 70 million YouTube views.