Hanna PK at Jazz at Chandlerville 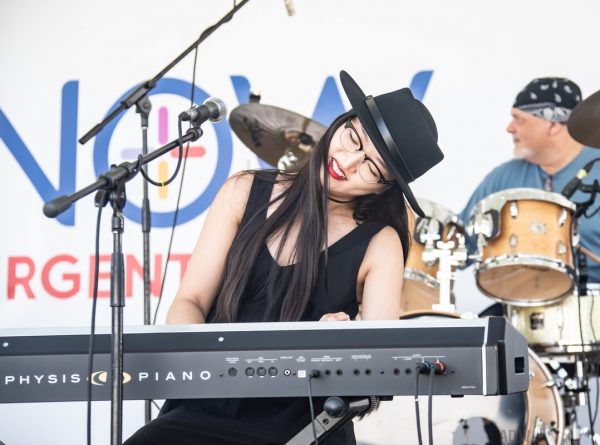 This year, we welcome one of the region’s finest performers in the region to Jazz at Chandlerville.   Hanna PK is the 2019 International Blues Challenge Semi-Finalist — a solid pianist, soulful vocalist, and vibrant performer who channels a wide variety of the blues & swing, old school folk, and boogie-woogie but with her own contemporary realness whether she’s performing her story-telling originals, breathing new life into songs that may be 100 years old, or anything in-between.

Her seemingly sweet and soft-spoken appearance often leads to surprise when hearing for the first time her rich, resonating voice that goes from a whisper to belting with intensity.  Her piano ranges from barrelhouse to jazzy to delicate, full of spontaneousness, and what draws the audience closer to her heartfelt and honest songs is her genuine passion and originality that comes from within.  Once in a while, we meet an artist that seems to be quite nothing like what we’ve seen or heard, yet, reaching that common ground and emotions through their own creativity, makes us feel at ease, touched, and understood.  With that kind of quality,  Hanna is reaching out one show at a time.

“Hanna left her native South Korea and fell right into Rochester’s lap of the blues. Her style is more barrelhouse and stride than you’d think. Pretty damn cool!  Over at the Record Archive, PK played with her band. She rocked the house. She sang pretty and played grittily. She rocked and rolled, bopped and strolled, all over the baby grand’s eighty-eights.” -Frank DeBlase, City

In the summer of 2015, she formed Hanna and the Blue Hearts and in the summer of 2016, she released her 1st CD “Rearview Mirror” which includes Hanna’s original songs showing that she’s not only a traditionalist but also a creative songwriter.  In 2018, she released the new CD “The Blues Is Here To Stay” which includes classic blues tunes like “Worried Life Blues” by Big Maceo Merriweather, two versions of boogie-woogie piece by Meade Lux Lewis, “Honky Tonk Train”, Sippie Wallace’s hit from the 1920s “Up The Country Blues”,  and storytelling, and soulful originals like “Dirty Dishes” and “Love Keeps Walking In”. 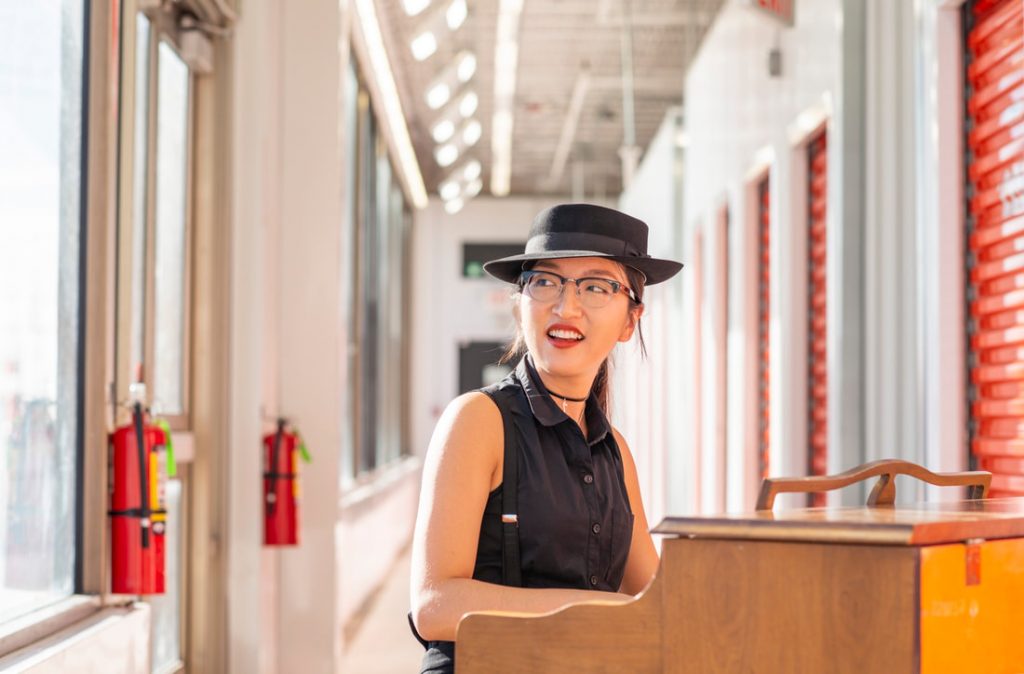 In June 2018, Hanna and guitarist Aleks Disljenkovic won 1st place at Memphis Bound and represented Western New York at the International Blues Challenge took place in Memphis, TN in January 2019 and made it to Semi-Finals.

She’s currently working on her debut album on the Booga Music label of internationally-known bluesman, Kenny Neal. Though Kenny had met her in Memphis, and during his tour in upstate New York,  what got his attention to sign her to his label was a video of Hanna’s performance on a Curtis Jones’ tune that she’s recorded in her U-Haul storage room. The album is expected to be released in the fall/winter of 2021.

But words, and even recorded samples, cannot fully convey the essence of Hanna’s music — to really understand it and feel it, you have to hear her perform live.  Her music continues to evolve and reflects the very moment she is living in — the happenings and vibe in the room, the reactions of her listeners, the musical contributions of each band member, and even the events of the week in the world, all combine to inspire a new and different performance of each song.  As is the case with all true blues performers, she works from and in the tradition of the music while bringing her own stamp of creativity and originality to it.  Her music tells a story, sometimes an age-old one, but she tells it in her way from her perspective, which in turn informs and expands our experience.