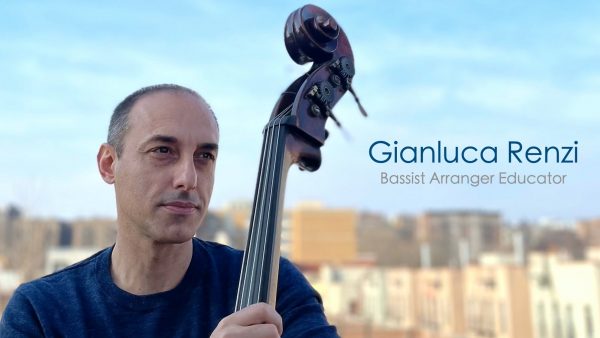 Third in a generational line of Pittsburgh jazz notables, Benny follows in the footsteps of his trumpeter and bandleader grandfather, Benny Benack, Sr. (1921-86), and his father Benny Benack, Jr., a saxophonist/clarinetist who gave the young Benny his first professional experience.
By age 28, trumpeter and singer Benny Benack III has proven to be a rare talent: not only a fiery trumpet player with a stirring command of the postbop trumpet vernacular in the vein of Kenny Dorham and Blue Mitchell, but also a singer with a sly, mature, naturally expressive delivery in the post-Sinatra mold, performing standards and his own astute songs with a thrilling sense of showmanship. His superb intonation and bracing virtuosity enable him to handle astounding feats of originally composed vocalese (complex solos with written lyrics). And he’s a highly capable pianist as well.

Alex Collins is an incredible New York City pianist, composer and arranger. Making his debut at the Tanglewood Jazz Festival with the Brandon Wright Quartet in 2010, Collins has worked alongside dozens of Jazz greats. Since arriving on the New York scene, Alex has performed at prolific venues across the city, such as the Blue Note, The Plaza Hotel, Dizzy’s Club Coca Cola at Lincoln Center, Fat Cat and Smalls Jazz Club just to name a few!

Gianluca Renzi is a New York City based bass player, composer, arranger, sound engineer and educator. He is an internationally acclaimed jazz musician and he currently performs on a regular basis with some of the world’s best known jazz artists.

Don’t miss the Harlem Home Sessions live concert series. Every Sunday at 3pm live streaming on Youtube from NYC! Visit the Events Page and subscribe to my Youtube Channel