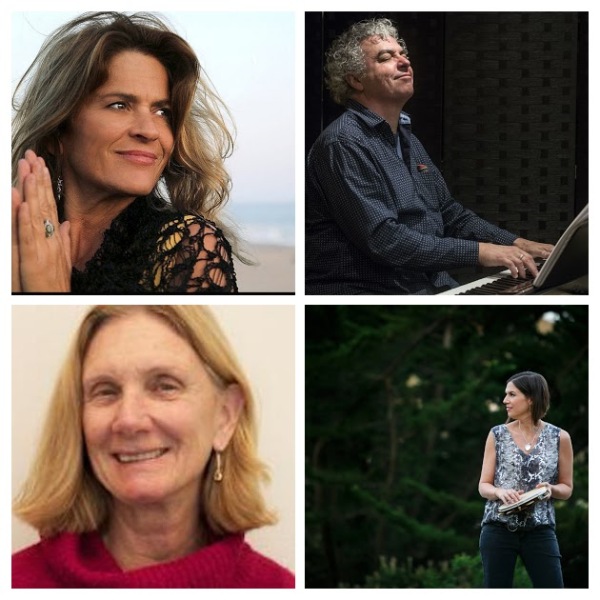 Explore the beginning of Bossa Nova following its arc through Brazil onto the world’s jazz music scene.  We will listen to the music of composers like João Gilberto, Antônio Carlos Jobim, and Baden Powell.

With Sherry Keith And Ami Molinelli

Presented by Healdsburg Jazz and funded by a Creative Sonoma Cultural Arts Grant.

This Event Will Be Presented Online Via The Zoom Platform

Guest artists, Jovino Santos Neto and Claudia Villela will interpret the music of these great Bossa Nova composers.  We will also explore the intersection of Bossa Nova with West Coast Jazz in the late 1950s and early 1960s via Jazz artists like Chet Baker and Stan Getz, as well as vocal icons such as Ella Fitzgerald and Sarah Vaughn. Bossa Nova can also be understood as arising with post-WWII Brazil’s growing urban middle class linking classical European harmonic influences with Its African rhythmic foundations. Finally, we will follow, Bossa Nova into the 21st century as an enduring musical genre.

Three-time Latin Grammy nominee Jovino Santos Neto, a master pianist, composer and arranger, is among the top Brazilian musicians working today. Currently based in Seattle, Washington, he has throughout his career been closely affiliated with the Brazilian master Hermeto Pascoal.  He was an integral part of Pascoal’s group from 1977 to1992, where he fine-tuned his artistry, performing around the world and co-producing several legendary records.
Jovino’s personal style is a creative blend of energetic grooves, deep harmonies, telepathic improvisation, lyrical melodies and great ensemble playing, always inspired and informed by the colorful richness of Brazilian music. His compositions include samba, choro, baião, xote, forró, marcha, and many more styles, rooted in centuries-old musical tradition while pointing to new and adventurous harmonic languages.

Claudia Villela’s voice gets all the attention, and it is easy to understand why. Her glorious five-octave instrument is one of the wonders of jazz, lithe, and startlingly beautiful in every register.

Born and raised in Rio de Janeiro, she sings mostly in Portuguese, interpreting lyrics with keen emotional insight and supple rhythmic command. A supremely inventive scat singer, she has honed a vivid vocabulary of sounds that can evoke the hollow thump of a tabla drum, the muted trumpet Miles Davis, the insistent twang of a berimbau, the ethereal call of a flute, or the distortion-laden Stratocaster licks of Jimi Hendrix.

Based in the Santa Cruz area since the mid-1980s, Villela has evolved into an expressive pianist and percussionist and an ingenious composer and lyricist with an astonishing body of original material, as well as a repertoire of jewels from the Brazilian songbook.

Inspired by Brazilian songwriters, composers and multi-instrumentalists such as Egberto Gismonti, Hermeto Pascoal and Milton Nascimento, Villela draws on a vast range of Brazilian traditions, from samba and bossa nova to the carnival groove partido alto, and baião, a highly syncopated northeastern song form popularized by Luiz Gonzaga in the mid-1940s.