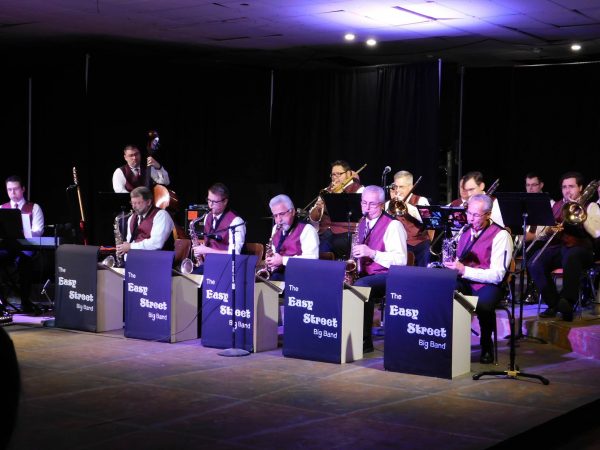 The band was formed on January 19, 2003, bringing together the talents of sixteen area musicians and a vocalist. Its members come from numerous cities in Erie and Niagara counties.

While music from the “Big Band Era” makes up a large portion of the band’s line-up, jazz tunes and a variety of other types of music round out its repertoire. The band has performed for thousands of people at fundraisers, dances, weddings, festivals, and concerts.

Everyone in the group enjoys keeping the “Big Band” style of music alive, bringing back fond memories for some, and exposing the style to people who are a little too young to remember.