House of Blues with Hanna PK 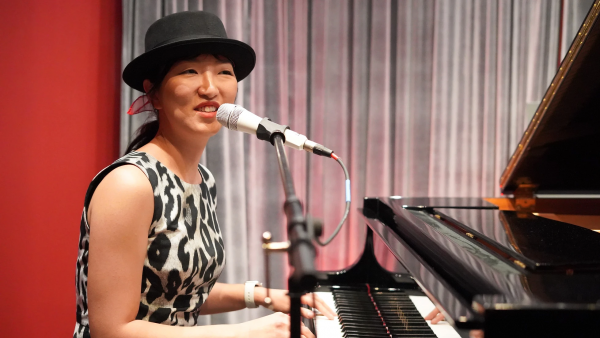 ” Her seemingly sweet and soft-spoken appearance often leads to surprise when hearing her rich, resonating voice that goes from a whisper to belting with intensity. ” She Debuted at #13 on Billboard’s US Blues chart !

Hanna PK is a solid pianist, soulful vocalist, and vibrant performer, born and raised in South Korea, currently residing in Rochester, NY.  She plays a wide variety of the blues & swing, old school folk, and boogie-woogie.  She has a dynamic songwriting style – ranging from a funky tune with socially conscious lyrics to a mournful slow blues, from a pop-edged ballad to an uplifting swinging number, and from barrelhouse boogie to jazz. Her piano style is much more lyrical and imaginative than simply repeating so-called “licks”, though she knows when to toss them in the mix for a thrill, and is always in the groove.  And what draws the audience closer to her heartfelt, honest music are her genuine passion, and the originality that comes from within.

In November 2021, She’s released her debut album on the VizzTone Label with Booga Music of internationally-known bluesman, Kenny Neal. Though Kenny had met her in Memphis, and during his tour in upstate New York,  what got his attention to sign her to his label was a video of hanna’s performance on a Curtis Jones’ tune that she’s recorded in her U-Haul storage room. Debuted at #13 on Billboard’s US Blues chart, since its released, the album has been played all over the U.S. and the world.