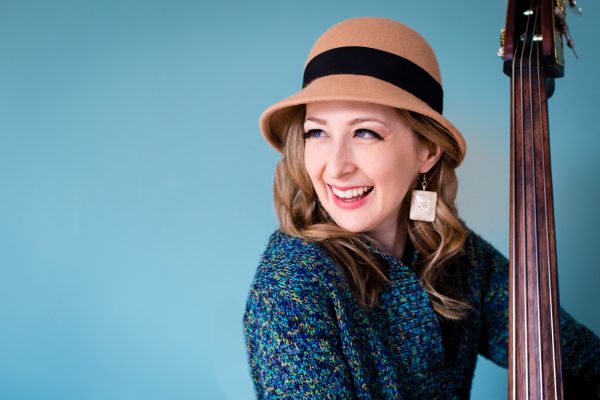 ***Please Note: As a precaution due to the Covid-19 Delta variant, we desire audience members to be vaccinated and will ask the audience to wear masks in the auditorium during the performance.  On October 17, we will require vaccinations for future events at Seneca One Auditorium.***

By way of the U.K. and her residency at the Kranzberg Arts Foundation in St. Louis, international jazz artist, bassist, songwriter, and vocalist Jane Evra will make a special first-time appearance in Buffalo on Saturday, October 2nd of 2021.

Evra performs on premier international stages across the USA and Europe.  She has collaborated with Grammy winners, Grammy nominees, and international jazz superstars including Randy Brecker, Taylor Eigsti, Chad Lefkowitz-Brown, Eric Marienthal, and Diego Figueiredo.  Evra sings in English, Portuguese, Spanish, and French.  She is known for her intoxicating interpretations of French jazz and Brazilian-influenced repertoire of traditional bossa nova, samba, and Latin jazz.  All with an indie twist.

“Janet Evra’s unique mix of modern beach-pop with traditional bossa nova, samba and Latin jazz has made her a favorite on stages from St. Louis to Europe.”  Riverfront Times 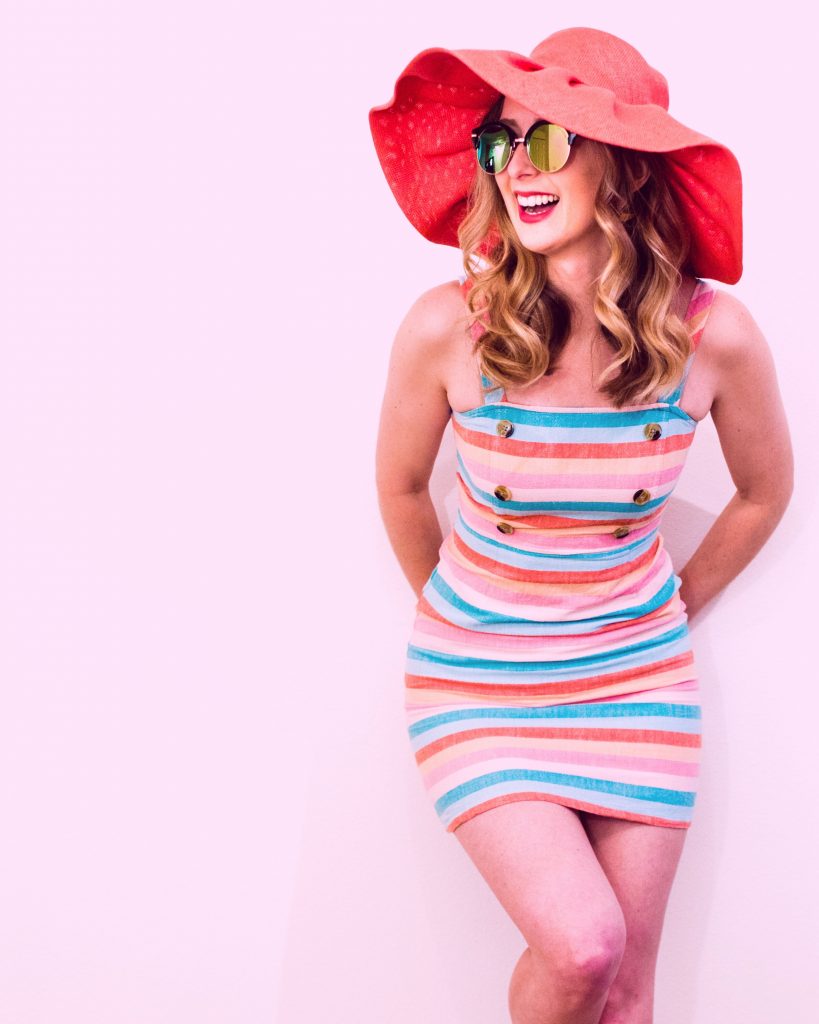 In 2018 Evra released her debut album “Ask Her to Dance” to worldwide critical acclaim, showcasing her original music and signature style.  In 2020 Evra signed with Lotown Records and in 2021 she released her second album “Janet Evra & Ptah Williams: New Friends, Old Favorites”, recorded live at The Sheldon.

“Each player is in top form, while Evra’s every vocal phrase seems to be punctuated with a smile.”   All About Jazz

Evra’s music is played internationally on hundreds of AM/FM/satellite radio programs based in the USA, UK, France, India, and New Zealand.  Her signature style of French jazz, Brazilian bossa nova and samba, and jazz beach-pop have made her music a favorite on playlists across the globe.

Janet Evra is part of the emerging class of upright bassists and vocalists entertaining the world of jazz in clubs and festivals internationally.  They include Esperanza Spaulding, Nicki Parrott, Brandi Disterheft, and more.  This year, Evra will be making an appearance at the notable Linna Jazz Festival in Finland.  Fans of the music and French Jazz/Brazilian sounds of Stacey Kent will certainly embrace Janet Evra.

“Evra blends the different flavors and languages of jazz tradition, all anchored in her warm, sweet-as-honey voice.”  St. Louis Magazine 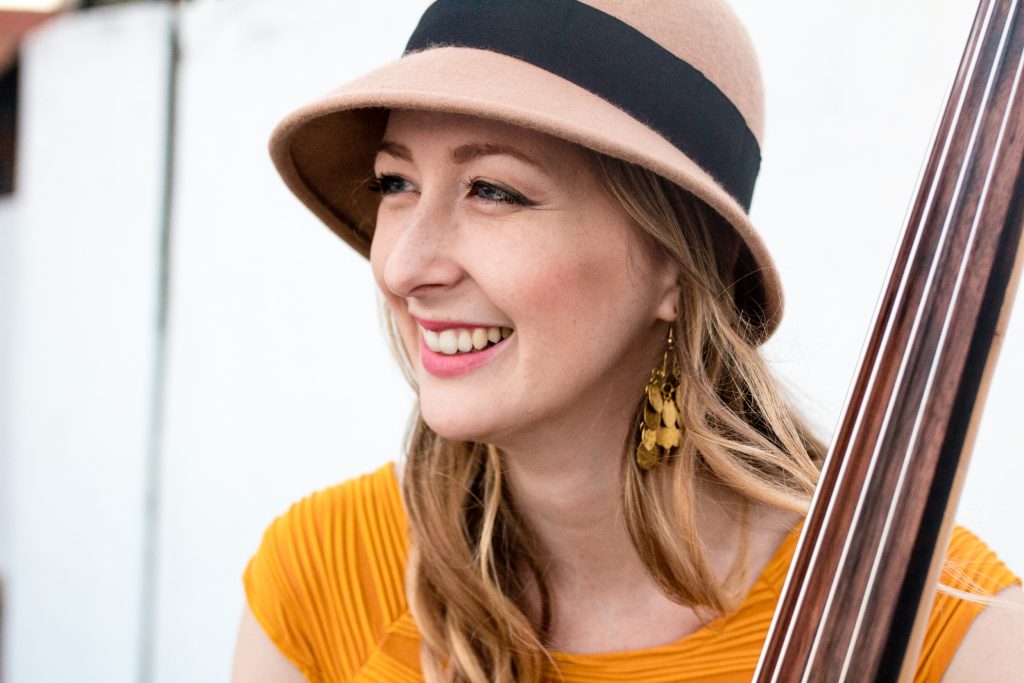 Janet Evra, on upright bass and vocals, will be appearing as a quartet featuring the stellar trio of musicians:

JazzBuffalo is pleased to announce the concert will be held in the new home venue for JazzBuffalo, the Seneca One Auditorium!  We will have use of the Seneca One Lobby Bar also for pre-concert, intermission, and post-concert refreshments. 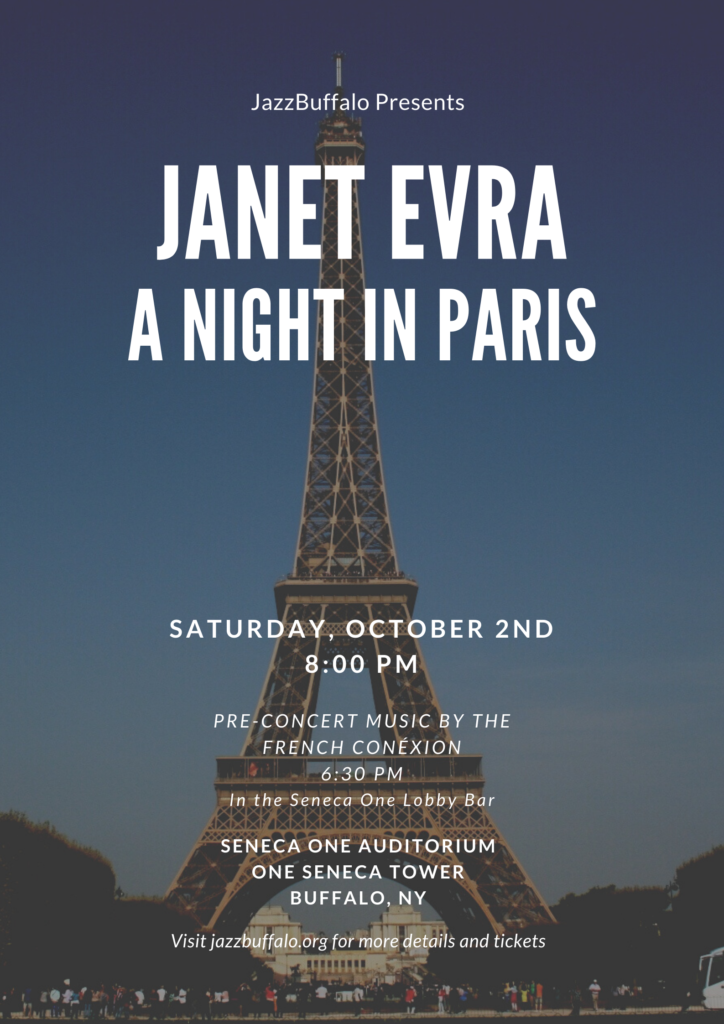 At this time get discounted tickets for Saturday, October 2nd for “A Night In Paris” of fabulous jazz blended with French jazz and Brazilian bossa nova and samba with international jazz artist, Janet Evra.  Use the promo code EarlyBird5 to get $5 off tickets!

And enjoy this recent video recording in Finland on her European tour!