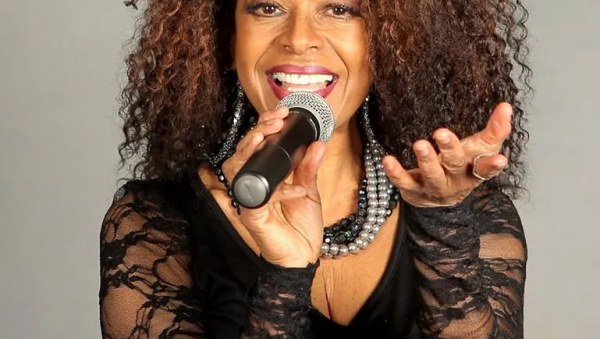 Janice Mitchell spent most of her adult life in Los Angeles, where  she partnered with singer, songwriter, producer, Eugene McDaniels [writer of the hit, Feel Like Making Love].  Gene was instrumental in promoting her career as a studio vocalist.  After recording a solo spot on organist Jimmy Smith’s album, “Sit On It”, produced by Gene, she was offered a recording contract with Jimmy Smith’s label, but due to management Janice was unable to accept the deal.  However it somehow landed on the ear of Stevie Wonder who became a friend, hired her for a live engagement with him, and also sponsored vocal coaching for Janice with his own coach, the renowned Seth Riggs. Although usually recognized for touring internationally with Ray Charles, as a backup vocalist (“Raelette”), Janice has also recorded with such musical giants as Nancy Wilson, Les McCann, Melba Moore, Bobby Womack and toured with Fabian, Yvonne Elliman, Eric Mercury. Her talents as singer-dancer in production shows have taken her to the showrooms of Reno, Lake Tahoe, and Las Vegas’ casinos, and on cruise ships. Movie fans may recognize Janice from her appearance and vocals in the Sidney Poitier film “Uptown Saturday Night” and Taylor Hackford’s “The Idolmaker”. Upon Janice’s return to Buffalo, she was inducted into the Buffalo Music Hall of Fame. http://www.janmitchell.com