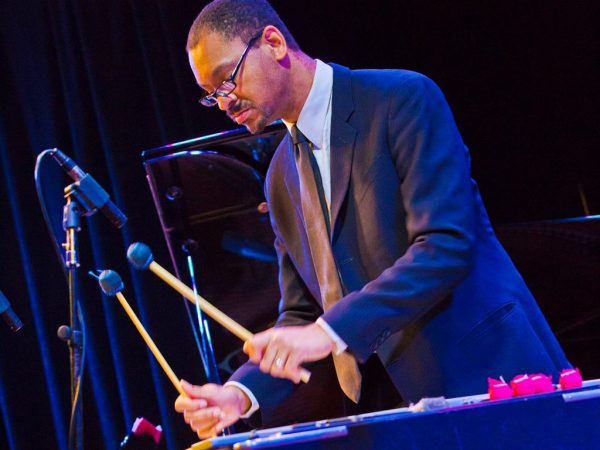 From a tender young age it was clear that Jason Marsalis had what it took to be great. Jason is the son of pianist and music educator Ellis Marsalis and his wife Dolores, and the youngest sibling of Wynton, Branford, and Delfeayo. Together, the four brothers and their patriarch Ellis, comprise New Orleans venerable first family of jazz.

2013 was a monumental year in which Marsalis released his recording as a leader on vibes entitled “In a World of Mallets”. The album went to number 1 on the CMJ Radio Charts and also won an Offbeat Magazine award, a New Orleans music magazine, for best Contemporary Jazz Album. Marsalis also participated in a session produced by Bill Cosby by playing vibes for music used in Cosby’s Comedy Central special, “Far From Finished”. There was even recordings from the drum kit as Marcus Roberts released three recordings that year. Two with Wynton Marsalis, “Together Again – In the Studio” and “Together Again – Live in Concert”, and the ambitious original trio suite from Roberts, “From Rags to Rhythm”. Jason Marsalis presents a new version of the 21st Century Trad Band: The Benny Goodman Edition. The group pays homage to the classic 1930’s Benny Goodman Quartet while bringing the music into the 21st century by covering music written after 1930. A fresh take on a classic ensemble will be presented with Jason Marsalis on vibraphone, Joe Goldberg on clarinet, Kris Tokarski on piano, and Gerald T. Watkins on drums.

Jason Marsalis will be presenting Music for Meditation and Relaxation. The music performed on only vibraphone will be for the purpose of doing yoga, massage therapy, sleep, etc. It will be an exploration of moods to relax the mind and body.