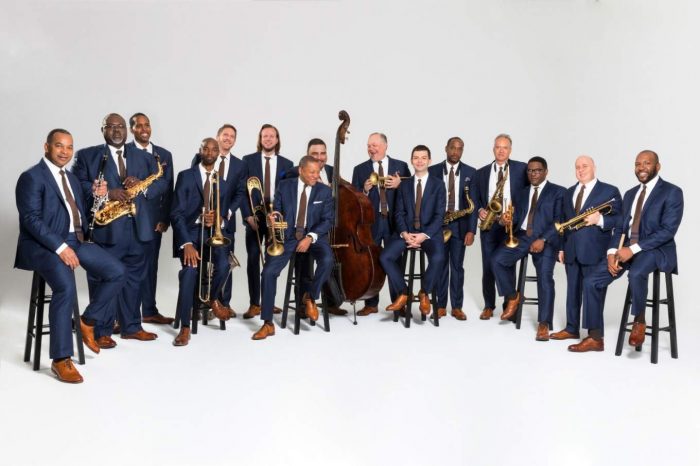 Wynton Marsalis is an iconic figure in the evolution of the art form and a tireless advocate for jazz as America’s classical music. He joins us at the UB Center for the Arts with the Jazz at Lincoln Center Orchestra (JLCO), the greatest large group in jazz.

From his New Orleans beginnings and fiery debut with legendary drummer Art Blakey’s Jazz Messengers to his string of acclaimed albums and current role as Managing and Artistic Director of Jazz at Lincoln Center, Marsalis has amassed an unrivaled number of awards and accolades, including nine GRAMMYs and the Pulitzer Prize for Music, the first ever awarded to a jazz artist. Since 1988, he has led the Jazz at Lincoln Center Orchestra, a 15-piece assemblage of the finest jazz soloists and ensemble players of today. This remarkably versatile orchestra performs a vast repertoire ranging from original compositions and Jazz at Lincoln Center-commissioned works to rare historic compositions and masterworks by Duke Ellington, Count Basie, Thelonious Monk, Dizzy Gillespie, Louis Armstrong and many others. Alongside symphony orchestras, ballet troupes, local students, and an ever-expanding roster of guest artists, JLCO has toured in hundreds of cities throughout the world.