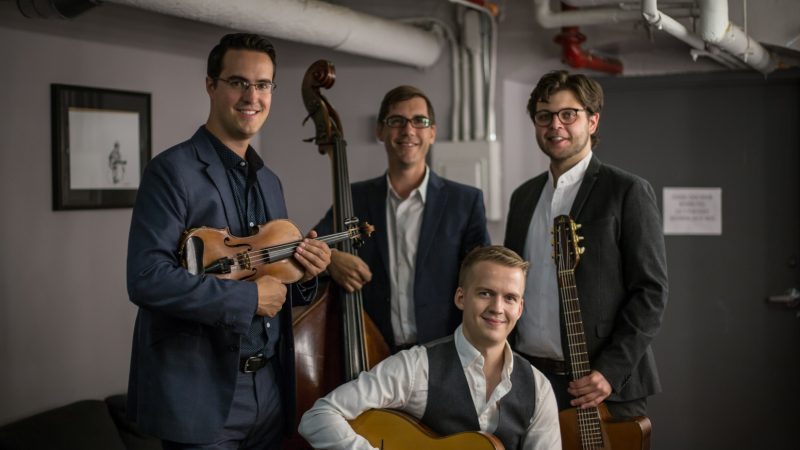 A Special JazzBuffalo Celebration of Django Reinhardt’s 111th Birthday with one of the premier modern gypsy jazz groups in the US and Europe!

The acoustic jazz ensemble, Rhythm Future Quartet has a straightforward agenda: to keep the spirit of Gypsy jazz alive and expanding in today’s musical universe. The virtuosic foursome, named for a Django Reinhardt tune, offers up a newly minted sound, influenced by the classic Hot Club of France, yet wholly contemporary. Led by violinist Jason Anick, the quartet performs dynamic and lyrical arrangements of both Gypsy jazz standards and original compositions that draw upon diverse international rhythms and musical idioms. With Max O’Rourke on second guitar, prodigy phenomenon Henry Acker on guitar, and Greg Loughman on bass, Rhythm Future is dedicated to expanding the boundaries of a vital musical genre. 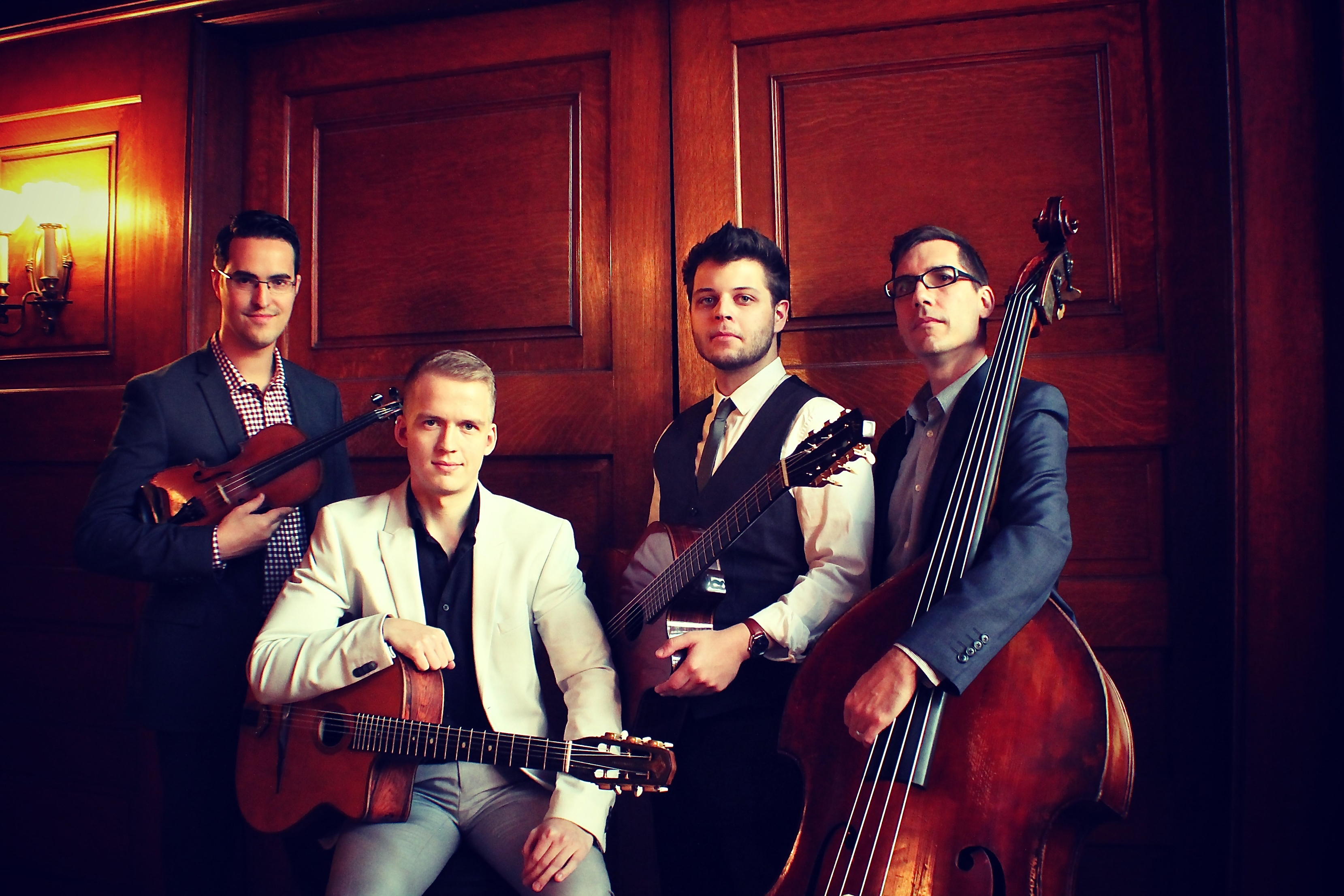 The Fall of 2018 marked the release of their newest album, “Rhythm Future Quartet and Friends”, which features the critically acclaimed singer Cyrille Aimée, brazil’s top bandolimist Hamilton de Holanda, and guitarist Stochelo Rosenberg. While maintaining the effervescent lilt, virtuosic musicianship and adventurous musical leanings of their previous recordings, Rhythm Future Quartet and Travels (picked as one of the best jazz albums of 2016 by All About Jazz and the Huffington Post), RFQ and Friends bring vibrant new colors to the mix. 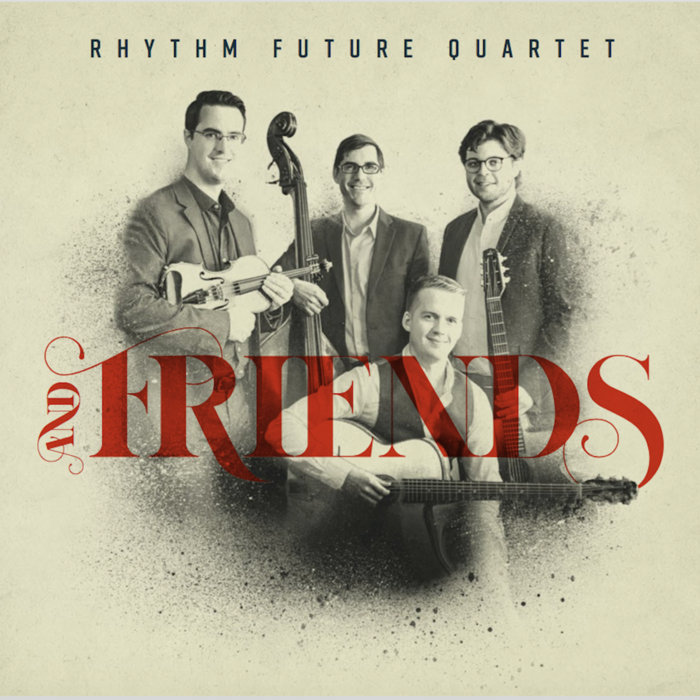 JazzTimes Magazine stated, “RFQ and Friends is packed to the gills with feeling and remains consistently dynamic, full of virtuosity and swing.” With its arresting blend of Hot Club of France-styled string jazz, Brazilian and East European idioms, original compositions, and hints of classical music, the album marks a significant moment in the growth of a continually evolving ensemble. (And one with continually increasing popularity: the quartet’s version of Django’s “Minor Swing” has over four million views on YouTube, while their video clip of “Bushwick Stomp” from Travels has over three million Facebook views.)

Jason Anick, an award-winning composer and one of the youngest violin professors at the esteemed Berklee College of Music in Boston, has shared the stage with various artists, including Grammy award-winning guitarist John Jorgenson, Stevie Wonder, The Jim Kweskin Jug Band, and Tommy Emmanuel. After relocating from Scandinavia Olli Soikkeli quickly became a top call guitarist in the bustling Brooklyn jazz scene. He has performed alongside Cyrille Aimee, and the celebrated guitarists Frank Vignola and Bucky Pizzarelli, and many prominent contemporary players.

Henry Acker is a seventeen year old jazz guitarist who performs in the style of Django Reinhardt. A child prodigy who began playing at age 8 and performing professionally at age 9, his talent and abilities have developed into nothing short of astonishing. Henry has already shared the stage with jazz greats Bucky Pizzarelli, Frank Vignola, Julian Lage, Bireli Lagrene and Vic Juris as well as Gypsy Jazz legends Samson Schmitt, Mozes Rosenberg, Adrien Moignard and Joscho Stephane. He is the winner of the 2017 Djangofest North West Saga Award and a four time winner of the Downbeat Magazine Student Award for jazz guitar soloist. Based In Boston, MA, he also dazzles audiences at Jazz Festivals across the United States and Europe. He performs with his father, jazz guitarist Victor Acker and his Uncle Dana Acker on the double bass. He can also be seen performing with virtuoso violinist Jason Anick’s Rhythm Future Quartet. Henry’s career is in full swing and red hot. Ladies and gentleman, presenting Henry Acker! 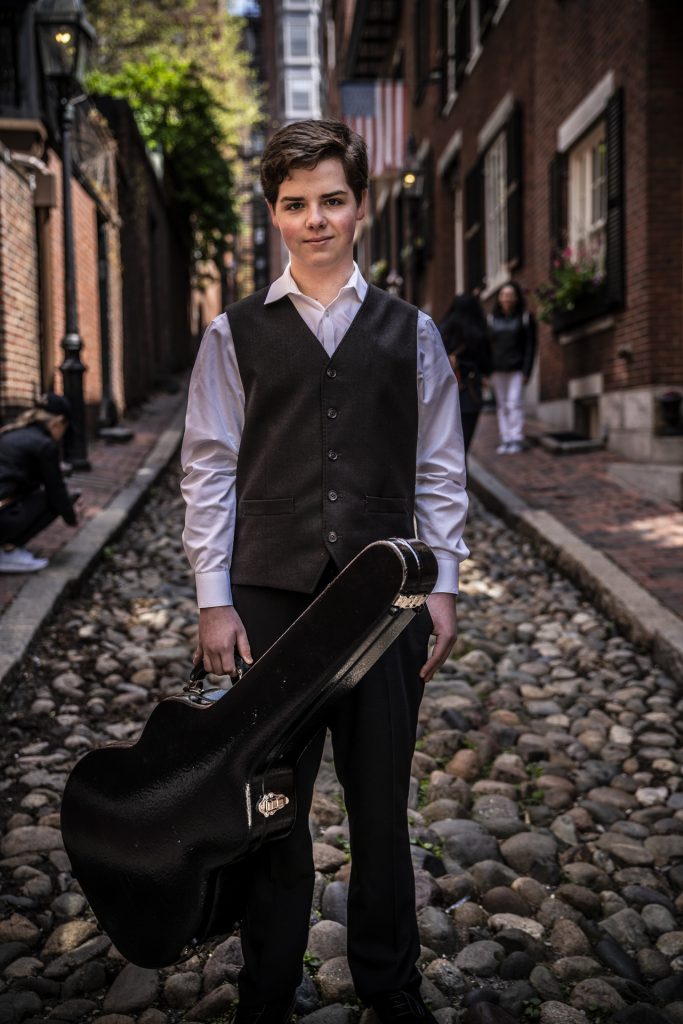 ​Max O’Rourke was the winner of the 2015 Saga Award from DjangoFest Northwest, and at 22 has already toured/recorded with many of the top American Gypsy Jazz musicians including John Jorgenson and Gonzalo Bergara. Greg Loughman is a leading call bassist in Boston and has been heard with such luminaries as Sheila Jordan, Curtis Fuller, and George Garzone. 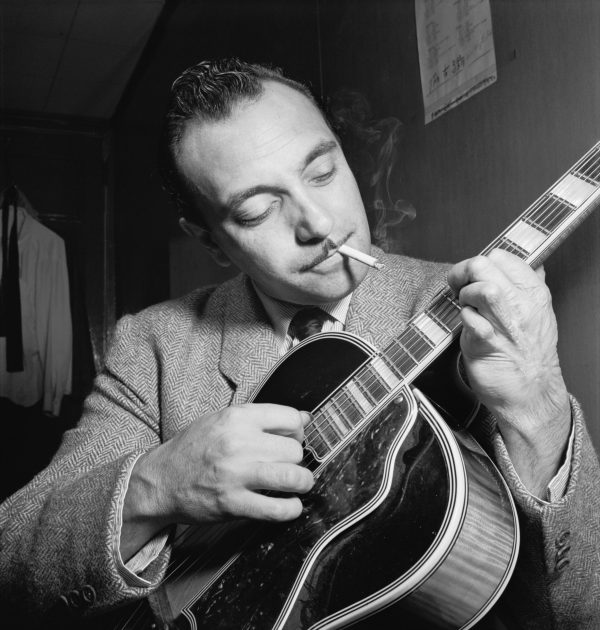 Join us at the Seneca One Lobby and Bar prior to the concert where you’ll be able to have drinks and food and enjoy pre-concert entertainment from 6:30 pm to 7:45 pm.  Doors will open at 7:30 pm.

Purchase tickets directly below without leaving the site or you can go directly to Eventbrite by clicking the “Purchase Tickets” button below! 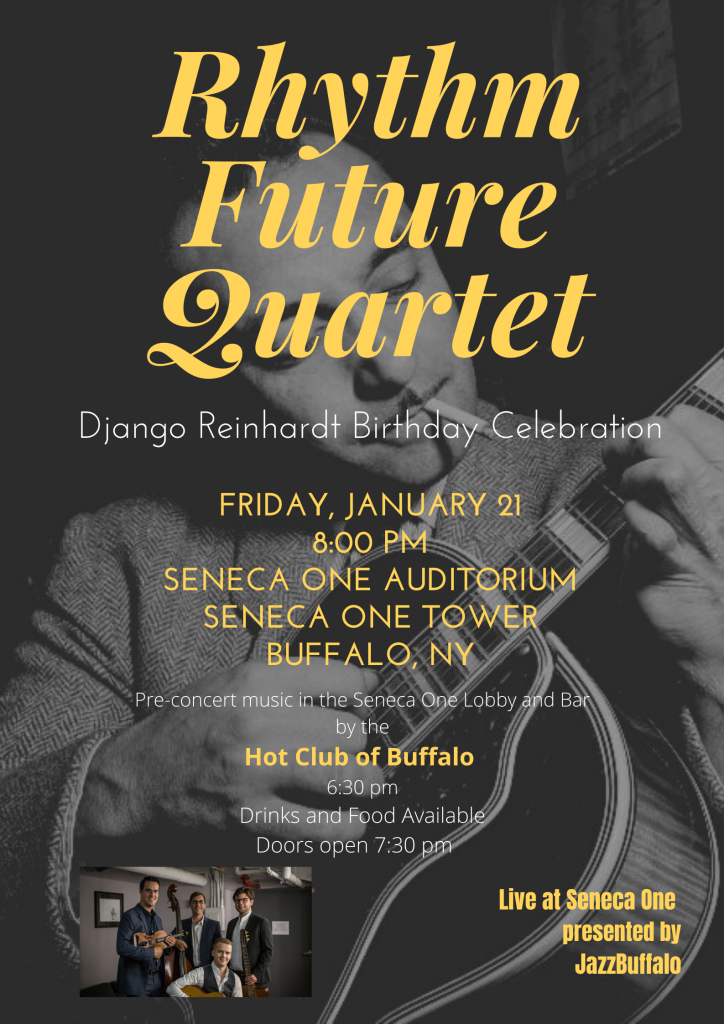