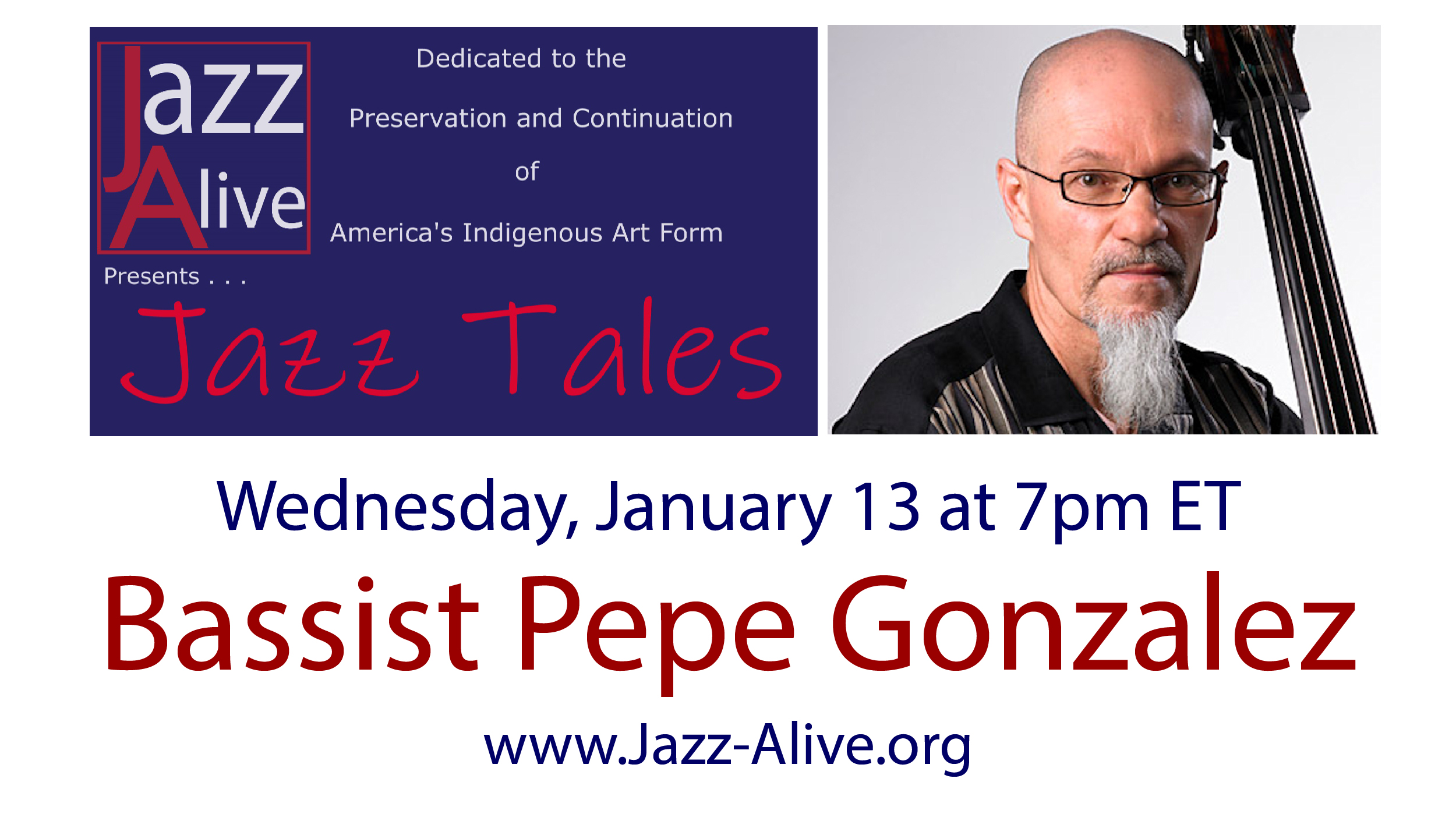 Pepe started his music career playing the electric bass in his late teens, when he formed one of the first integrated bands (between African Americans and Hispanics) in the Washington, DC area. The band, ZAPATA, opened for many great bands such as Miles Davis, Herbie Hancock, Ramsey Lewis, Weather Report, Rashan Roland Kirk, Sly and the Family Stone, and the Isley Brothers. ZAPATA became one of the top bands in the Mid-Atlantic region, receiving great acclaim by the media and the audience alike.

Be sure to join us for a new season of Jazz Tales and hear from one of the DC areas unsung heroes of not only the stage, but the classroom.