Award-winning jazz vocalist Alexis Cole may be the most talented singer to ever hold a top-secret military clearance. A dozen albums into her critically acclaimed career, she may also be the best-kept secret in jazz, a status that’s certain to change as more people are discovering her for themselves.

The year 2009 was a big one for Alexis: She released her first albums on both Motéma Music and Venus Records… and went to Basic Training to prepare for her new job as a jazz singer for the US Army.

During her seven years in the Army’s Big Band, Cole had the opportunity to grow as a musician and a person, sharing the stage with ensembles as diverse as the New York Philharmonic and Kool and the Gang. Alexis continued recording throughout her tour of duty, releasing a string of well-received albums, including four titles for Venus, two for Motema, and two on Chesky Records. She proved her versatility on everything from jazz standards to Paul Simon’s lesser-known compositions, to Disney love songs to a project on which she teamed up with a fellow serviceman 50 years her senior, the legendary guitarist Bucky Pizzarelli.

Though Alexis transformed into an insightful interpreter of jazz during her Army years, understandably, her personal advancements and achievements had to take a back seat to her military responsibilities. 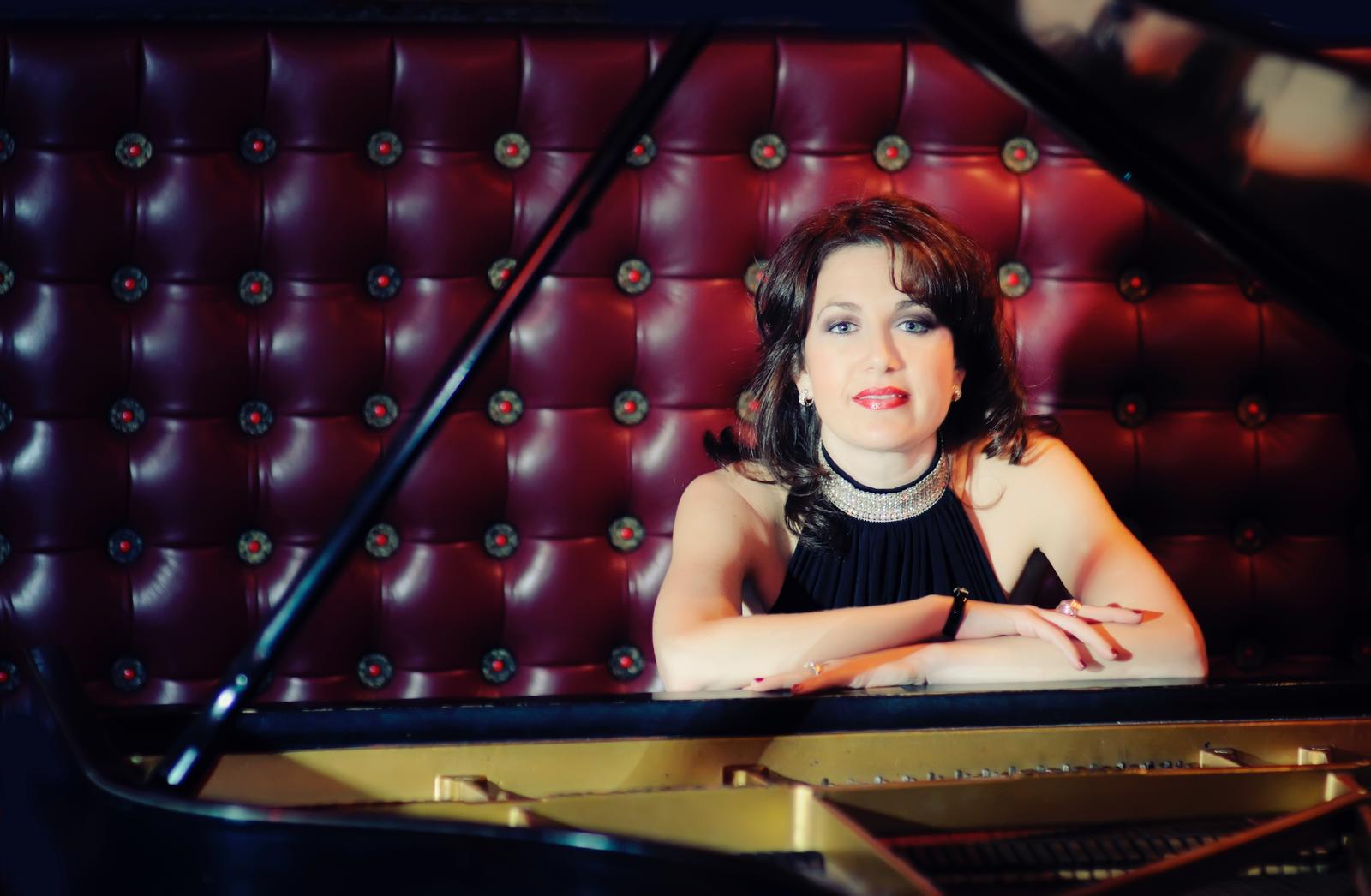 Alexis has blossomed since leaving the service in 2016, trading her uniforms and fatigues for sleek cocktail dresses and chic hats, and focusing fully on her art. The singer’s career has taken on exciting new momentum, with recent accomplishments including gigs at celebrated venues like The Carlyle, Carnegie Hall, Birdland, Jazz at Lincoln Center, and the Blue Note; and performances as a soloist with prominent orchestras such as the Boston Pops and the Detroit Symphony. Alexis also recently contributed a guest turn on pianist Harold Mabern’s star-studded album Afro Blue, alongside the likes of fellow guests Norah Jones, Gregory Porter, and Jane Monheit.

On the education front, Alexis Cole now heads the vocal program at the renowned conservatory at SUNY Purchase and is a Jamey Aebersold-sponsored clinician. She’s looking forward to guest lecturing at the acclaimed Prince Claus Conservatoire in the Netherlands this coming academic year.

Alexis Cole’s freshly reclaimed civilian status has opened a new world where her profound experience can meld more completely with her worldview and personal expression. As the noted jazz journalist Scott Yanow points out, “Alexis Cole grows in power, maturity, and depth each year. She continues to have unlimited potential.” Whether you’re a long-time jazz fan or a newcomer to the art form, you won’t want to miss a single note from this icon-in-the-making.

Here’s what critics are saying about Alexis Cole:

“Here is the supreme stylist at the height of her powers…. The search for the next great jazz singer is over.”
—Kevin Jones, Fine Music (AUS), May 2018

“Cole…displays an exuberant personality, outstanding diction, flawless pitch, and inspired scat technique, all qualities that should place her in the highest echelon of contemporary jazz singers… (She can)…communicate an intimate mood with great passion.”
— Thomas Cunniffe, Jazz History Online, March 2018

“A positively talented artist without doubt…There is so much to enjoy and admire (on her latest album, You’d Be So Nice to Come Home To), recommended to all who love great songs sung by an outstanding individual singer. Despite the editor’s pleas not to overdo the star ratings I could not give less than five to such a perfect marriage of vocal and instrumental jazz. Buy it and be immersed in the warm musical ambience.”
—Brian Robinson, Jazz Journal International (UK), April 2018

“… Alexis is one of the most underrated singers in jazz. Fantastic voice with great tone and pitch, a strong swing beat, interpretation skills, range, and pacing. The total package singer. Definitely, don’t sleep on this one.”
—Jae Sinnett, PD, WHRV-FM

“I’ve enjoyed following her career, and seeing her mature into a very fine singer indeed…great tone and proper pitch. The light is still on in the jazz lobby.”
—Brad Stone, PD, KSJS-FM

“One of the great voices of today.” —Jonathan Schwartz

“A deep contralto as smooth and dark as the richest espresso.” — Jazz Times

“A rising star in the jazz world.” —Hot House Magazine.